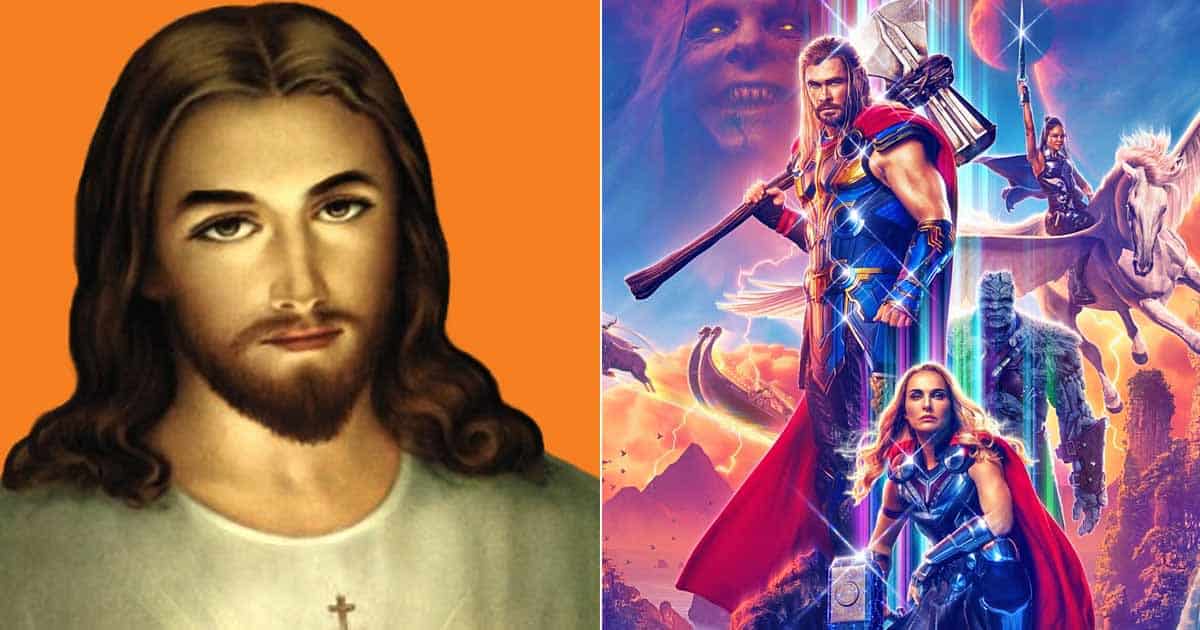 It was an exciting wait for the fans of the God Of Thunder when we were about to witness the ‘craziest’ Thor: Love And Thunder. The fourth movie in the standalone franchise starring Chris Hemsworth in the lead and directed by Taika Waititi. The movie served as an entry to the big villain Gor The God Butcher played by Christian Bale, which led to the inclusion of many gods in the script. Now while Zeus has become the highest order in the movie, what if we tell you the plan was also to include Jesus Christ?

For the unversed, Thor: Love And Thunder was about Gor who took killing every single God as his mission due to a tragic back story. In the movie, we saw a town full of Gods led by Zeus in one place this also included a God Of Dumplings. Taika introduced his USP humour through all of this and there was enough to laugh about.

But turns out at one point Taika Waititi even thought of introducing the Big J aka Jesus Christ is the story but only to cancel the plan. This bit of information was revealed by Tessa Thompson who plays Valkyrie in the movie and is a King of the Asguard now. Read on to know everything you should about the same.

As per Movieweb, Thor: Love And Thunder would have had Jesus Christ included in the list of Gods that appeared in the movie. Tessa Thompson talking about the same revealed, “There was supposed to be a cutaway to you-know-who. Big J.” She revealed how the plans were to bring him during the climax where Eternity appears. But the makers decided to not touch that part as it would have been too controversial.

However, one cannot deny the possibility because Taika Waititi himself called Thor: Love And Thunder the craziest film of his life. “Well, just between [me and] you and the readers, I’ve done some crazy sh*t in my life. I’ve lived, like, ten lifetimes. But it’s the craziest film I’ve ever done. If you wrote down all the elements of this film, it shouldn’t make sense. It’s almost like it shouldn’t be made. If you walked into a room and said, ‘I want this and this and this.’ Who’s in it? These people. What are you going to call it? Love And Thunder. I mean, you’d never work again. Maybe I won’t after this,” Taika had said.

Stay tuned to Koimoi for more.