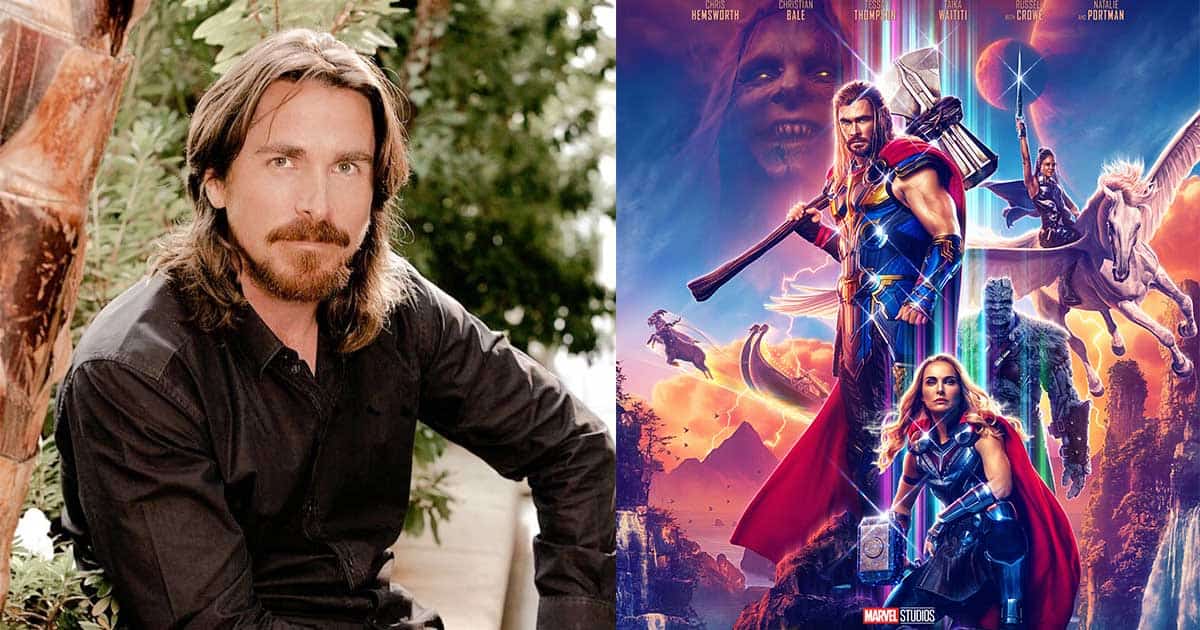 Thor – Love and Thunder is just around the corner before its big premiere, and what we tell you, Christian Bale, didn’t know what MCU was before signing up for the movie? For the unversed, the fourth solo adventure of Chris Hemsworth as the Asgardian sees Bale take up the role of a villain, Gorr the God Butcher, marking his Marvel debut.

His look for the film has already been revealed through the trailers, posters, and promos. Fans had reacted to it and compared him with Harry Potter’s villain, Voldemort. Coming back to the point, MCU is the biggest superhero franchise, but Christian didn’t know about it until recently.

While speaking with Total Film, The Dark Knight actor said that after he got the role of Gorr, he’d read people’s reactions about his casting in Thor – Love and Thunder. Christian Bale revealed that he would often read people celebrating him joining the MCU, but he never knew what it was.

Despite being Batman for DC in The Dark Knight trilogy, DCEU didn’t exist then. It was 2013’s Man of Steel that started the shared universe. So maybe that’s where the confusion generated from.

Now, all eyes are on Thor – Love and Thunder, especially since the last two MCU films, Spider-Man: No Way Home and Doctor Strange in the Multiverse of Madness, have been box office hits. Besides Christian Bale and Chris Hemsworth, the film stars Natalie Portman, Taika Waititi, Tessa Thompson, and Russell Crowe.