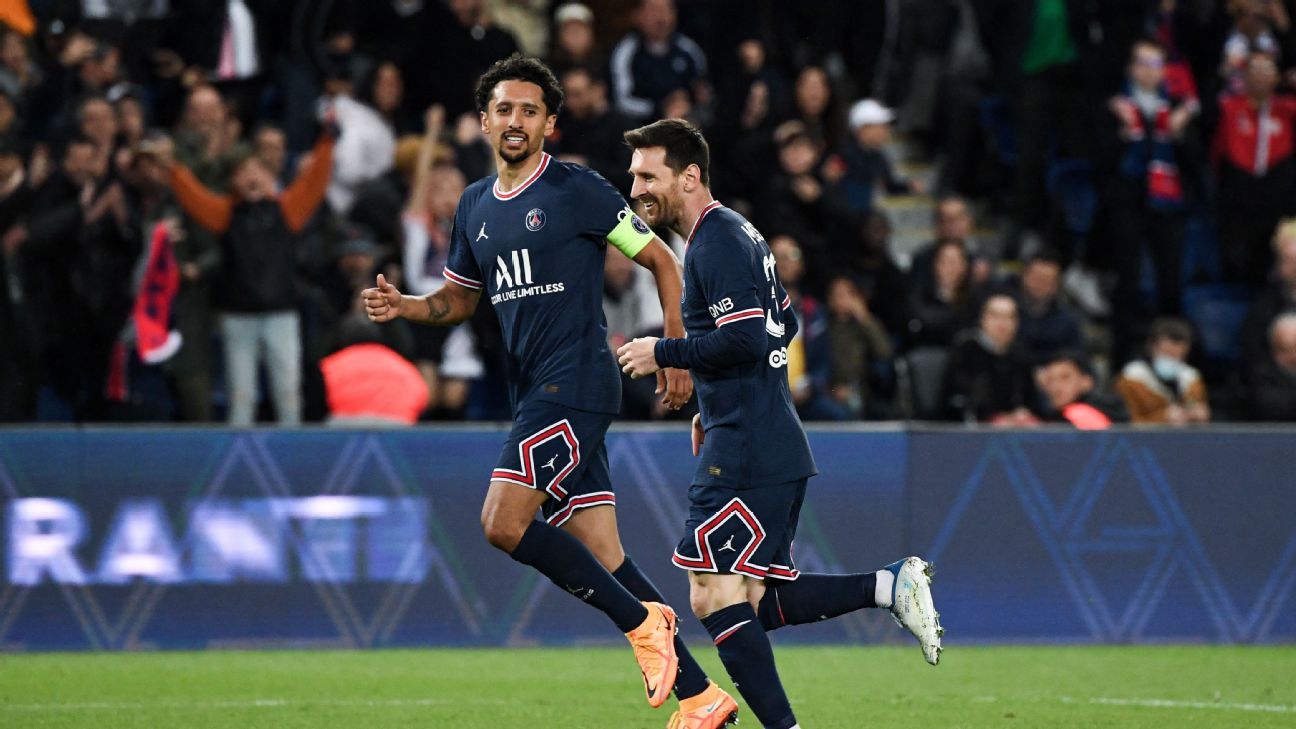 The league title is Mauricio Pochettino’s first in his coaching career but uncertainty remains about his future at the club following the manner of their round-of-16 exit to Real Madrid in the Champions League.

PSG wrap up the title having lost four times, and scoring 76 goals, the most in the division this season, while only conceding 31, giving them the second best defensive record.

Eight of PSG’s league championships have come in the last decade, with Lille in 2021 and Monaco in 2018 interrupting their unrivalled run of success.

Messi, who joined amid much fanfare as a free agent from Barcelona, has had a lacklustre season, scoring only four goals in Ligue 1 in 22 appearances.

The Argentine delivered 13 assists, though, but the attacking trio he formed with Kylian Mbappe and Neymar clicked only deep into the season, and after the Champions League exit.

Keeper Gianluigi Donnarumma joined from AC Milan after guiding Italy to the European title, but he has had to share his place between the posts with the experienced Keylor Navas — a situation that seemed to prevent both of them performing at their best level.

Centre back Sergio Ramos was also announced as a major recruit but was injured for most of the season and featured in only nine league matches.

The biggest challenge for PSG’s management will, however, be to convince Mbappe to extend his stay at the club. Talks between PSG and Mbappe’s representatives are moving in a positive direction, sources have told ESPN.