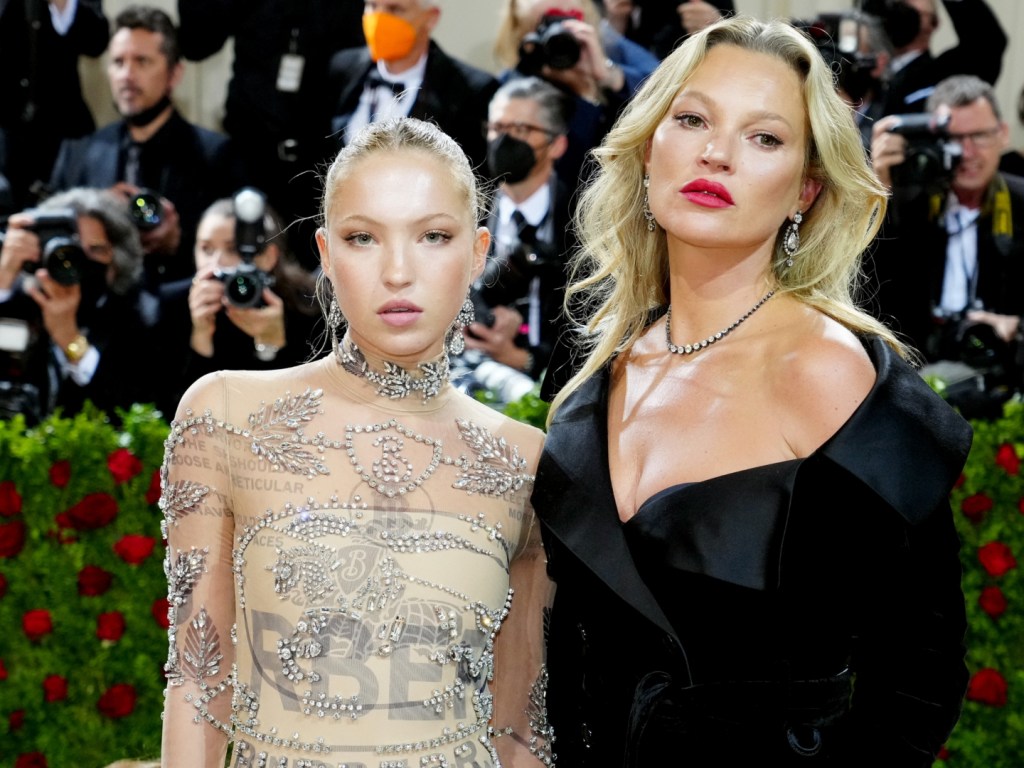 Posing for Calvin Klein’s fall 2022 ad campaign, Lila Moss is the spitting image of her striking supermodel mother, the legendary Kate Moss. The 19-year-old makes her debut with the iconic brand 30 years after her mother’s famous early 1990s topless shoot with Mark Wahlberg.

These Famous ’90s Supermodels Are All Moms Now

Shot in black and white, just like Kate’s images were, Lila is seen wearing a black, high-neck crop top and slouchy jeans with a pair of white Calvin Klein boxers peeking out above her waistband. She channels the same relaxed, ethereal energy as Kate, looking effortlessly chic in her undone look and tousled tresses.

Another campaign image shows Lila in a slightly more sultry all-black outfit comprised of baggy jeans, a triangle-cut bralette, and a sheer button-up blouse, which is, notably, not buttoned. During a BBC Radio interview, Kate recalled the brand’s attraction to youth, innocence, and vulnerability during her own shoot as a teen, and it’s clear Calvin Klein is still after the same look and feel in their current campaign imagery.

Lila made her modeling debut as a 16-year-old for Marc Jacobs Beauty in 2018. Since, she’s walked the runway for Miu Miu, Fendi, and Versace, been on the cover of British Vogue, and received her own invitation to fashion’s biggest event of the year, the Met Gala, which she attended with Kate earlier this year. She’ll be seen alongside fall CK campaign-mates Jennie of Blackpink, Dominic Fike of Euphoria, and Chloë Sevigny of American Horror Story.

Following her mother’s footsteps with grace while paving a way of her own — Lila has Type I diabetes and proudly shows her insulin pump at various fashion shoots and events — it’s clear that her modeling career is one to keep an eye on.

Before you go, click here to see kids who are following in their supermodel moms’ footsteps.