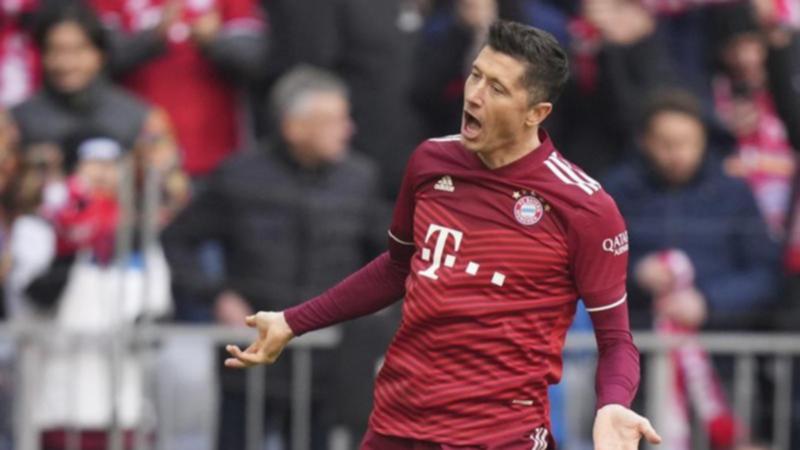 Bundesliga leaders Bayern Munich have overcome a lacklustre performance to earn a crucial 1-0 home win over Augsburg thanks to a late penalty from their master marksman Robert Lewandowski.

The Polish maestro netted his 32nd goal of the season eight minutes from time on Saturday to seal the win and move Bayern another step closer to a now-inevitable 10th straight title.

Bayern had been beaten 1-0 at Villarreal in midweek in their Champions League quarter-final first leg and they again looked off the pace against fellow Bavarians Augsburg, before a debatable Reece Oxford handball opened the door.

Elsewhere in the German top-flight, Wolfsburg overran third-bottom Arminia Bielefeld 4-0 thanks in part to two Lukas Nmecha goals, Cologne came back from 2-0 down to beat Mainz 3-2 and bottom side Greuther Furth lost 2-0 at home to Borussia Monchengladbach.