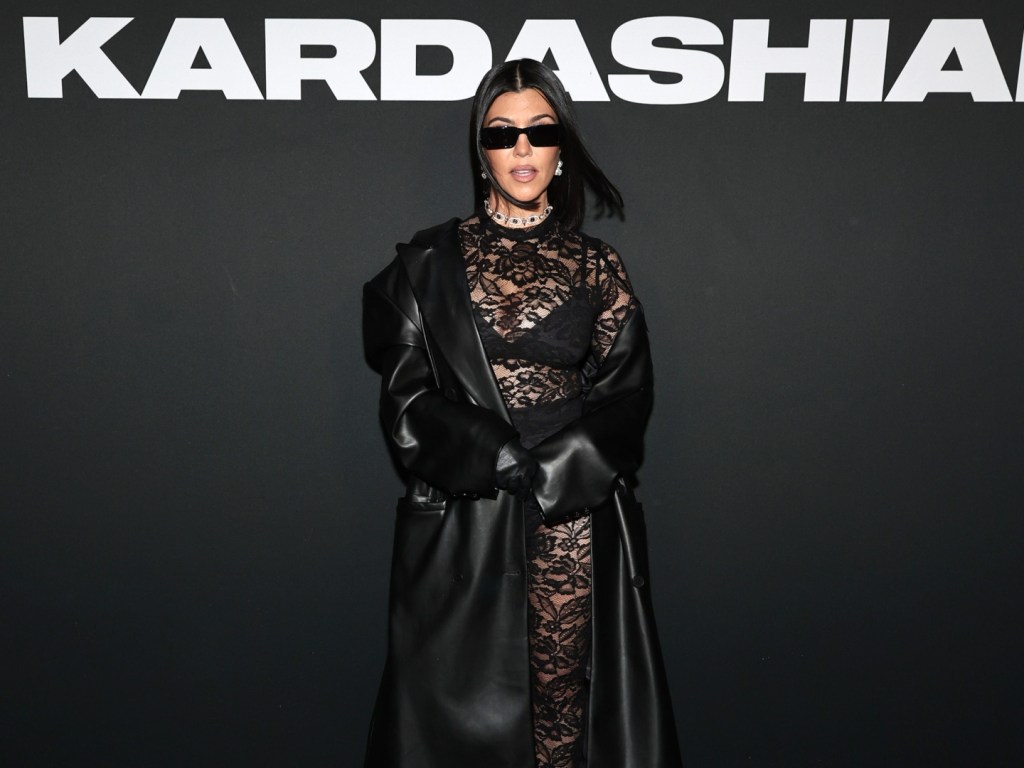 Kourtney Kardashian Barker is sick of constant pregnancy speculation, and we’re firmly in her corner. After sharing some behind-the-scenes photos on Instagram of her Lemme vitamin line shoot, Kourt faced a wave of intrusive pregnancy comments, much to her dismay.

The Poosh founder wore a seamless nude bandeau and thong with Barbie-pink puffy sleeves for her candy-inspired Lemme campaign, and in one photo, she’s seen posing with her hand splayed across her lower belly. Because a woman touching her stomach can only be perceived as one thing, people immediately flooded the comments section with questions about a potential Baby Barker brewing.

Comments included “Stop because I thought she was holding a baby bump,” “Why r u holding ur belly? Love the figure but inquiring minds r curious,” and another read “Wait a minute did I miss that she’s pregnant,” to which Kourtney replied, “Nope, but you’re missing a woman’s body.”

A beautiful and fit mother of three, Kourtney has had to confront pregnancy rumors multiple times since coupling with Travis Barker, namely after she’s shared photos on Instagram. At one point, Kourt replied to a commenter with warranted annoyance, writing “Are we really going to do this every time I post a photo?” When another commenter began touting pregnancy speculation on this post, Kourtney responded, “I’m a woman with a BODY.”

Kourtney Kardashian revealed that she swears by this lavish (and rather affordable) body scrub from a brand JLo adores! See the details. https://t.co/oei2B6ERr5

While it’s problematic for people to dissect a woman’s body with such critical, assuming eyes, it’s also hurtful to constantly question if a baby is in the works for a couple who has shared they’re trying IVF. In an effort to have a child with Barker, Kourtney was and may still be taking IVF shots, which can cause bloating. Even if she was simply bloated, or she really was pregnant, it’s wildly rude to scrutinize a woman’s body, especially in the comments of her own Instagram post.

Bodies aren’t constrained to looking one certain way — they can be curvy, slim, thick, squishy, dimpled, big, small, muscular, and as many shapes as one can imagine. Bodies are allowed to fluctuate, too — they’re not going to look the exact same every day. So hear, hear to Kourtney being “a woman with a BODY” and advocating for body positivity; we love to see it from the Calabasas queen.

Before you go, click here to see the best photos from Kourtney Kardashian & Travis Barker’s wedding.