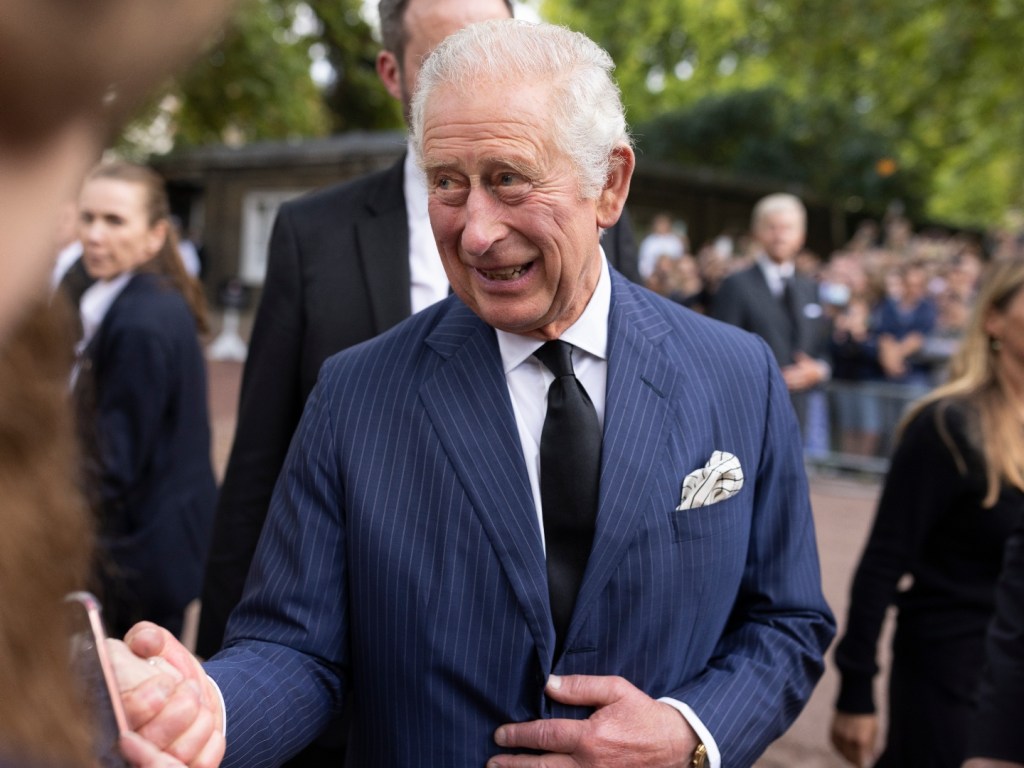 In only two days, King Charles III has already gotten some backlash for a clip that’s making its way through Twitter. On Sept 10, many people uploaded a video of King Charles interacting with his servants, with the most viral tweet coming from a parody account named Laura Kuenssberg Translator, who’s garnered over 22 million views on the now-viral clip. They posted it with the caption, “The servant must clear my desk for me. I can’t be expected to move things.”


“The servant must clear my desk for me. I can’t be expected to move things.” pic.twitter.com/0pZqY2Xopq

In the clip, you can see King Charles waving his hands around his desk, signaling his Royal servants to remove the papers and trinkets on his desk for him as he sits down. Safe to say, this hasn’t sat well with many people on Twitter.

Many have quote tweeted the video, saying things like “Sympathy won’t last long with this sort of behaviour…,” “The new King of England showing us who he really is,” and “God save us from King Great Reset III.”

While thousands have called out this behavior, with many calling back to other behaviors Charles has done towards his Royal servants, quite a few people believe this video to be a triviality. One said, “After his mother, senior royal family members enter a period of unearned deference. The shock of having to earn it will be significant.” Another Twitter user added, “He’s the *king*—the servants are there for a reason. Also, a lot of these people dunking on Charles are apoplectic at their waitress if their bottomless salad runs out.”

Either way, this video has become a hot topic amongst royal fans and Twitter users, starting a fiery debate among thousands.

It’s only been three days since his mother Queen Elizabeth II passed away at age 96, having King Charles ascend to the throne the same day.

Queen Elizabeth II was a global icon for 70 years. Since ascending to the throne at the age of 25, the long-reigning sovereign has approached her historic role with poise and quiet confidence. But behind the veneer of monarchy, Queen Elizabeth was the leader of a family and household through good times and bad. Robert Hardman’s new biography, Queen of Our Times, takes longtime royal fans behind the veil with unprecedented access to royal records, friends, staff, and more, as the legendary leader and the House of Windsor celebrates her landmark reign. This will surely be known as the definitive book on Queen Elizabeth II. Pre-order before its release in early 2023.

Queen of Our Times by Robert Hardman


Pre-Order ‘Queen of Our Times’ by Robert Hardman