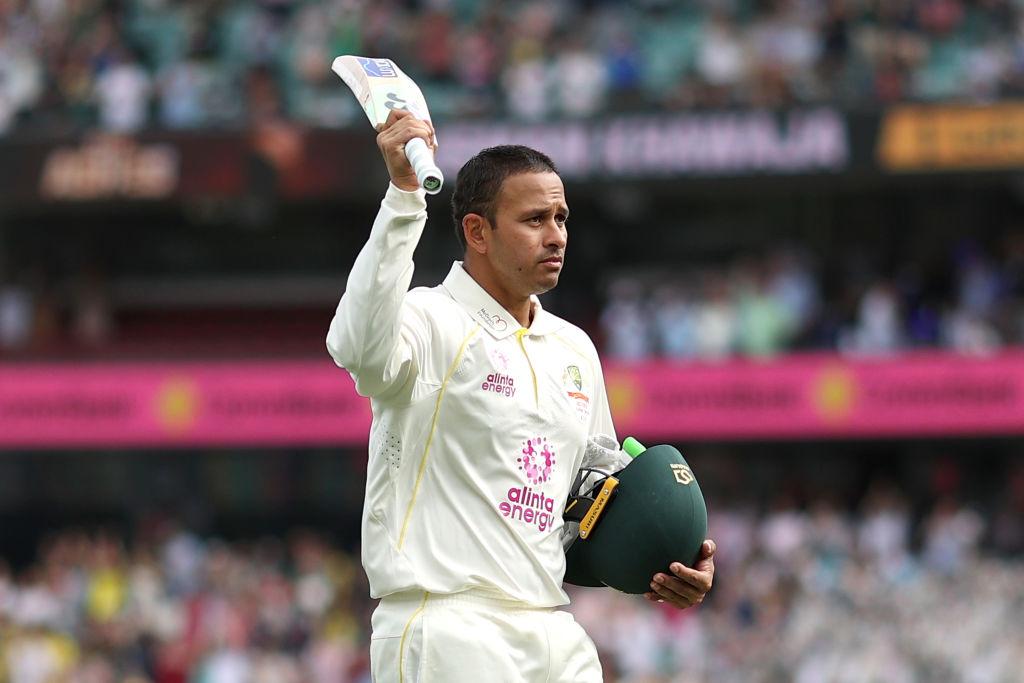 Usman Khawaja celebrated his recall to the test arena after two years in the wilderness with a stylish 137 to drive Australia to a declaration on 416 for eight shortly before the close of play on the second day of the fourth Ashes test on Thursday.

Seamer Stuart Broad took 5-101 in England’s cause and openers Zak Crawley and Haseeb Hameed, both two not out, survived five torrid overs before stumps to give the tourists a small morale boost after another day of Australian dominance.

England, who will resume with 13 runs on the board, are desperate for a good showing in Sydney after suffering heavy defeats in Brisbane, Adelaide and Melbourne to go 3-0 down in the five-match series.

The main obstruction at the Sydney Cricket Ground on Thursday was Khawaja, who was brought into the Australia side for Travis Head after the middle order batsman tested positive for COVID-19.

Clearly relishing his latest comeback at the ground where his test career began in the 2011 Ashes test, the 35-year-old was stylish and unflappable in equal parts as he put England to the sword.

He survived a scare on 28 when he got an edge on a delivery from England spinner Jack Leach but the ball evaded wicketkeeper Jos Buttler and Joe Root was unable to hold the catch at first slip.

The lefthander made the most of his reprieve, picking the moments to deploy his elegant strokes and bringing up his ninth test century with three runs through square leg just before the break to the delight of the 24,855 crowd.

Four years to the day since he hit 171 in the last Ashes test at the SCG, Khawaja looked to be heading for a similar score when he played on to give Broad England’s first five-wicket haul of the series.

Khawaja, who hit 13 fours in his 260 ball innings, had combined with Steve Smith in a 115-run fourth wicket partnership that frustrated England’s hopes of making early inroads into the Australian batting.

Broad finally separated them when Smith edged the ball behind on 67 after lunch and then quickly dispatched all-rounder Cameron Green for five.

It was not until the hour before tea, however, that Alex Carey departed for 13, holing out in the deep off England captain Root’s spin.

Broad returned after the break to remove Pat Cummins for 24 with a fizzing delivery that the Australia skipper gloved behind but England were again unable to exploit the breakthrough.

England’s cause was not helped by an injury to all-rounder Ben Stokes, who was treated for “tightness” in his left side just before lunch with the team confirming that he would be unable to bowl for the remainder of the day.