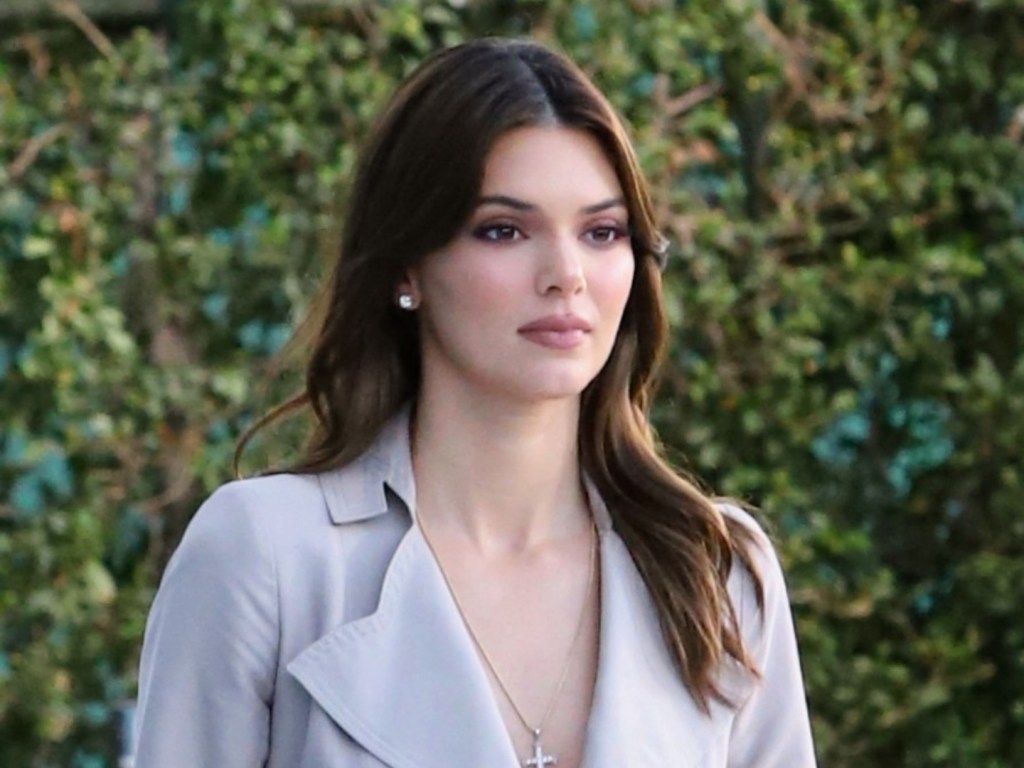 Kendall Jenner has been working in the fashion industry for almost a decade, but her very first fashion show was pretty high stakes. She was walking for Marc Jacobs in a sheer shirt that showed off her nipples — no stress at all!

Jenner took a walk down memory lane with Vogue for their “Life in Looks” series where she remembered what it was like to be that 18-year-old, fresh-faced model. “I remember getting a call from my agent saying that Marc and Katie [Grand, the show’s stylist] wanted to put me in this kind of sheer top, and I was like, ‘I’m game. I don’t mind. I’m all good with the nipple,’” she said in the video. That might have scared off some people, but she was ready to take her fashion career to the next level.

“I was pretty chill even though my boobies were out,” she joked. “It didn’t make me any more nervous. I genuinely was just like, ‘Dope, whatever they want, it’s their vision, let’s do it.’ So I was completely comfortable.” Jenner’s modeling agency prepared her for the show with walking lessons, but it was Marc Jacobs’ choice of footwear that made all the difference in making her first show a huge success.

“I actually could not believe that I was there,” Jenner added. “Weirdly had little nerves, and I think it was because my shoes were relatively flat — they weren’t some big, tall heel.” So supermodels are just like us — a comfy shoe makes all of the difference — even though we might have been a bit more nervous than Jenner about freeing the nipple.