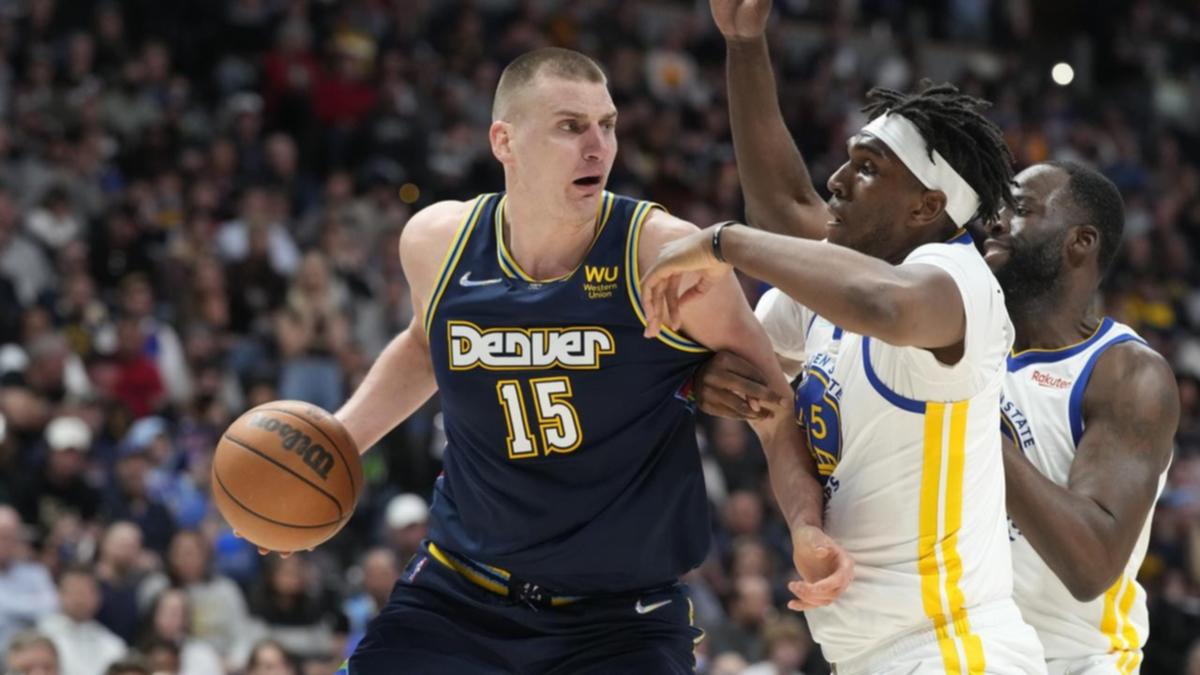 Nikola Jokic was the centre of attention in Denver as the Nuggets avoided an NBA play-offs first-round series sweep with a battling 126-121 victory over the Golden State Warriors.

League MVP Jokic scored 37 points and fed Will Barton for a 3-pointer from the left corner with 8.3 seconds left that ultimately sealed victory on Sunday

Morris finished with 24 points. He hit five 3-pointers in the third quarter, the most in a quarter by any player in these NBA playoffs.

Stephen Curry led the Warriors with 33 points while Klay Thompson scored 22 of his 32 points after picking up his fourth foul in the final second of the first half.

The western conference series shifts back to San Francisco for Game 5 on Wednesday night.

In Chicago, Grayson Allen once again responded to the boos from the fans and even his teammates by making shot after shot in the Milwaukee Bucks’ 119-95 win over the Bulls.

By the time he was finished, Allen had a post-season career-high of 27 points and six three-pointers.

Giannis Antetokounmpo had 32 points and 17 rebounds while Jrue Holiday scored 26 points, as the defending champion Bucks came away with another easy win after two average performances at home to take a commanding 3-1 lead in their eastern conference first-round series

They’ve outscored the Bulls by a combined 54 points over the past two games with the Bucks aiming to wrap up the series back in Milwaukee in Game 5.

Allen, in his first season in Milwaukee, has a bad-boy image from his time in college at Duke.

He is particularly unpopular in Chicago, where fans are upset about a hard foul that resulted in a broken wrist for Bulls guard Alex Caruso during a game in Milwaukee in January.

Teammates have since started having fun with the boos, letting him hear it at practices and film sessions, on the bus and at the hotel. And now, they’re doing it in games, too.

“They have so much fun,” Allen said. “I think it’s funny. I think it’s honestly hilarious.

“They’ve kind of turned it into a fun thing. It makes hearing it out there during the game a lot easier, too, because they think it’s so funny.”

Zach LaVine led Chicago with 24 points and 13 assists while DeMar DeRozan scored 23 and Patrick Williams finished with 20 points and 10 rebounds.