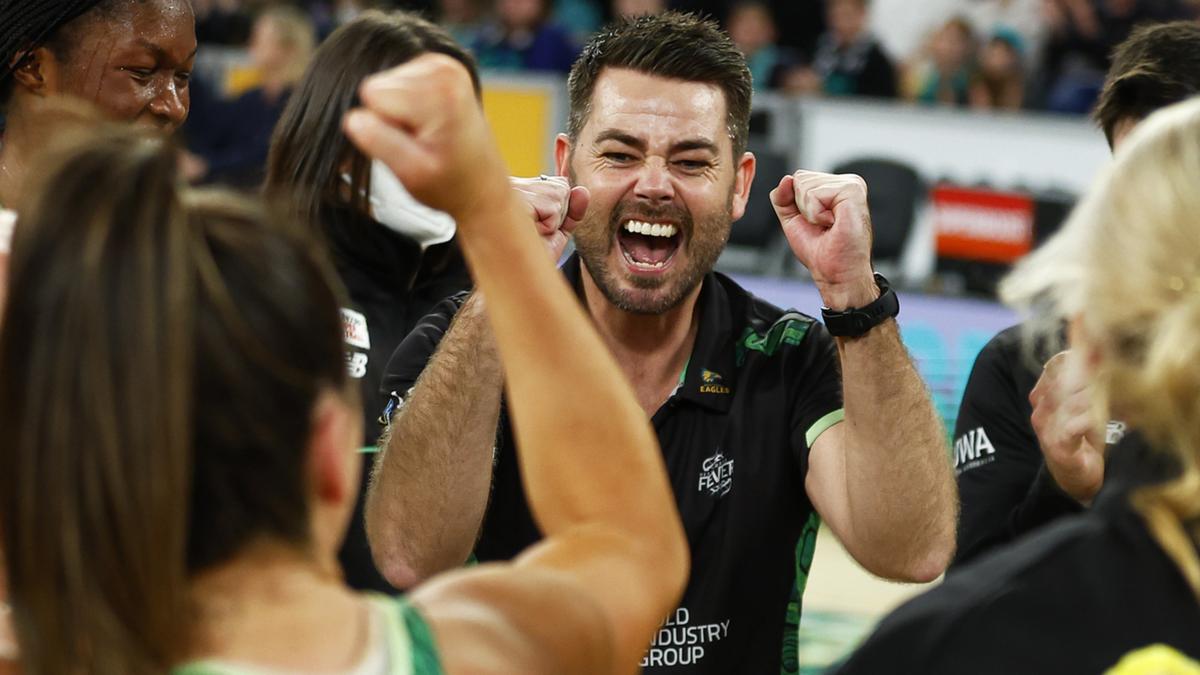 A monumental performance from Jhaniele Fowler has West Coast Fever on the brink of a maiden Super Netball premiership.

Fowler broke the record for most goals in a final with 67 at 97 per cent as Fever dismantled minor premiers Melbourne Vixens 71-62 to book a place in the grand final at RAC Arena on July 3.

The record was previously held by Queensland Firebirds shooter Romelda Aiken, who scored 63 goals in the 2016 grand final.

Fever went into the match as underdogs having been beaten twice by the Vixens this season on the back of terrible first terms.

The visitors were explosive from the first whistle, turning the tables early to lead by nine goals at the first break and never looked back, booking their place in a third grand final in five seasons.

“We certainly knew we were slowly turning corners over the past couple of weeks and (I’m) just so proud of every player to show up and step up in the major semifinal,” Ryan said.

“It was by far our best performance of the season and no better time to do it than in the pressure of a semifinal.”

Fever’s finals experience showed as they handled the pressure better than their opponents, who were being punished on the turnovers, with star Liz Watson the main culprit with seven turnovers.

Alice Teague-Neeld (26 goal assists) and Sasha Glasgow (22) fed Fowler with precision in what was the most clinical performance of Fever’s frontcourt this season.

“I think the work-rate of every single player in front of Jhaniele today was just outstanding,” Ryan said.

“They ran themselves to a level where most of them were cramping. They just kept gritting their teeth and digging in and finding the extra drive to make sure we were playing high percentage, disciplined netball.

“I thought all of them across the court won their positions and did a fantastic job.”

This player of the game was captain Courtney Bruce (six gains and six deflections), who put the nightmare of the 2020 grand final to bed finally by monstering Vixens shooter Mwai Kumwenda, who was held to just 20 goals.

A healthy Jess Anstiss also shut down wing attack Watson, who had just 21 goal assists for the game.

Vixens reduced the margin in the final minutes thanks to the excellent long-range shooting of Rahni Samason, who hit 10 super shots, but it was too late as Fever won the match.

Vixens will now host the preliminary final, with their opponent to be the winner of the minor semi-final between Giants and Collingwood on Sunday.