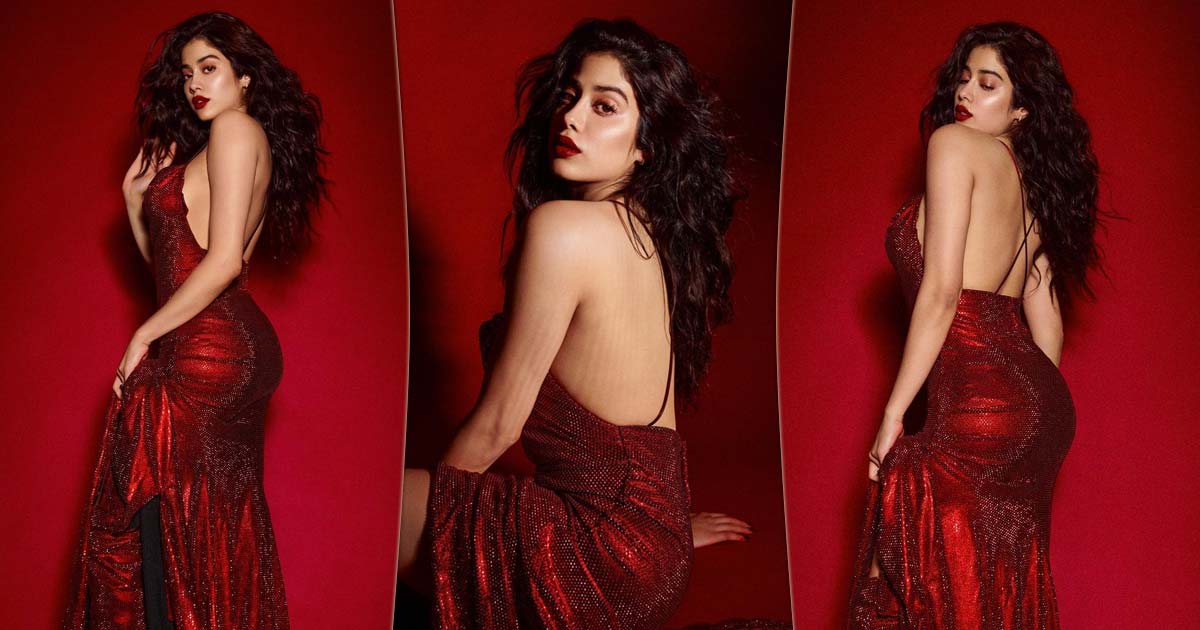 Janhvi Kapoor surely knows how to slay in whatever she wears. Being born to Bollywood’s top producer Boney Kapoor and the first female superstar Sridevi, the actress has been carrying forward the legacy with pride. Much before making her Bollywood debut, Janhvi became the Internet sensation with her spotting and Insta photos. After making her acting debut with Shashank Khaitan’s Dhadak opposite Ishaan Khatter and Janhvi has proved her mettle with each film she has starred in.

Janhvi, who enjoys a huge fan following on and off social media, makes heads turn every time she steps out, putting her best fashion foot forward.

Janhvi Kapoor has been trending on social media since morning, reason? Her latest Insta photos. Recently, the Gunjan Saxena actress took to her Instagram account and treated her fans with some of her s*xy clicks which seem to be from her recent photo shoot. To pose for the lenses, the Roohi actress picked a maroon backless gown. Janhvi looked hawttt in the strappy thigh-high slit shimmery dress which had frills at the bottom. She paired her look outfit with knee-high boots made of matching cloth.

Janhvi Kapoor oozed oomph as opted for bold make-up. Going light on the eyes, the actress picked bold matching maroon lipstick and nail paint. Letting her hair down, John posed for stylish pictures, check them out below:

On the work front, Janhvi Kapoor has an interesting lineup of projects. The actress will next be seen in Siddharth Sengupta’s GoodLuck Jerry, a poster of which was dropped recently on social media. That apart she will also be seen in Mili, which is helmed by Mathukutty Xavier. Mili is the Hindi adaption of 2019 released Malayalam film which was directed by the same director. Bankrolled by daddy dearest Boney Kapoor, it also stars Sunny Kaushal and Manoj Pahwa in pivotal roles.

Must Read: Hina Khan Soaks Up The Heat In A Super-S*xy Monokini & It Can Be Yours If You’re Ready To Pay This Bomb Amount!