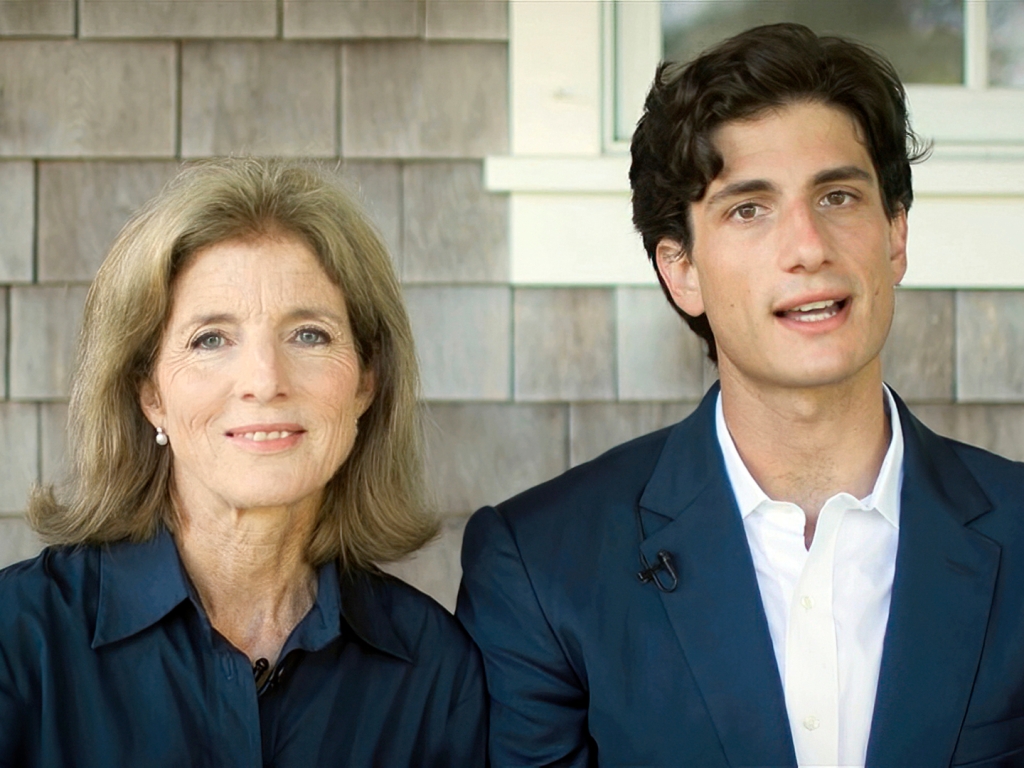 The Kennedy family just grew a bit bigger now that Caroline Kennedy’s daughter Tatiana Schlossberg, 31, had her first baby recently. It was Caroline’s only son, Jack Schlossberg, 29, who announced the exciting news on The Today Show on Thursday.

Tatiana and husband George Moran are officially a family of three now that son Edwin has joined the family. But Jack has a few thoughts on his nephew’s name. “His name is Edwin, but I like to call him Jack,” he joked. Savannah Guthrie looked a bit confused, but Jack confirmed the baby is named Edwin, after his father Edwin Schlossberg. And of course, Caroline is “so into” being a grandmother since the newborn is the first grandchild in their immediate family. Edwin would have been former President John F. Kennedy and Jacqueline Kennedy Onassis’ first great-grandchild.

EXCLUSIVE: John F. Kennedy’s grandson, Jack Schlossberg, is here to reveal the recipients of the 2022 Profile in Courage Award and to share a special Kennedy family announcement! pic.twitter.com/2Kg9cCiXkH

Jack, who is the youngest of his three siblings, just graduated from Harvard Business School and Harvard Law School, but there wasn’t a big celebration because someone else stole his thunder. “I handed in my last paper on the day that he was born,” he shared, “so no one even noticed that I finished school.” Leave it to an adorable new baby in the family to hog the spotlight, but Jack is OK with losing all of the attention.

He’s been staying busy by visiting his sister and baby Edwin “all of the time. Jack gushed, “I can’t get away from them. I love them.” Tatiana nor Caroline have shared photos yet of the new bundle of joy, but the Kennedys are certainly celebrating another child joining the family dynasty.

Before you go, click here to see photos of JFK and Jackie O.’s grown-up grandkids.