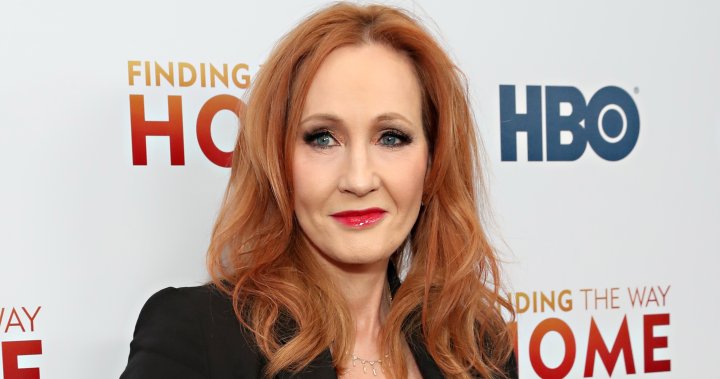 A new book called Manhunt by transgender author Gretchen Felker-Martin features J.K. Rowling, author of the popular Harry Potter series, as a principal villain. The novel is generating controversy for a scene in which Rowling is killed off during a fire at a Scottish castle.

The book is set in an apocalyptic scenario in which people with a sufficient amount of testosterone get turned into monstrous beasts. All that remains of humanity are cisgender women, non-binary people, transgender men and transgender women.

Manhunt is told from a trans perspective, as characters hunt down feral former humans and try to escape a faction of authoritarian trans-exclusionary radical feminists (TERFs) called “The Knights of J.K. Rowling,” who are trying to murder transgender people.

In the book, the Rowling character travels with her TERF friends to a castle, where they all perish after it collapses in an inferno.

TERFs are feminists who exclude transgender women in their fight for women’s rights — Rowling is considered by some as a TERF due to transphobic tweets she has shared on social media.

Rowling, 56, has claimed that transgender people erode the concept of womanhood and are “offering cover to predators like few before it.”

Several news outlets have reported on a number of negative reviews the book has received on Amazon.

“I have no idea how this even got published. The existence of this book proves once again that misogyny is alright as long as you identify as a member of a certain group,” one reviewer complained. “If you want to read a messed-up individual’s unhinged violent sexual fantasies against women then this is the book for you!”

A handful of other reviews also deride the novel for being misogynistic and promoting violence against women. One reviewer wrote that the book “describes horrible violence towards an actual living person which could be interpret (sic) by extreme activists as an instruction manual.”

In response to the online backlash, the author is claiming that supporters of Rowling are flooding the Amazon and Good Reads pages for her book with negative comments.

Hey all, TERFs are carrying out a protracted and high-volume review bombing of MANHUNT. If the spirit moves you, I’d appreciate you leaving a good review to balance things out.https://t.co/7eBSt6sitg

Some reviews on Amazon are acknowledging the controversy the book has whipped up, with one person writing, “This book is being bombed with one star reviews because it’s written by a trans woman. The terms ‘misogyny’ and ‘women hating’ are being thrown around because cis women can (sic) handle the fact that a trans women (sic) has written one of the best dystopian books we’ve seen of the last century.”

An NPR review for the book calls Manhunt “a fresh, stomach-turning take on gendered apocalypse.”

“To be upfront, Manhunt is not for everyone. It is gory, and brutal, and sickened me more than any other horror novel I’ve read in recent memory. I am sure it will challenge many trans readers (like myself) as much as it will challenge cis readers. I mean all this as a sincere compliment to Felker-Martin’s work,” the review reads.