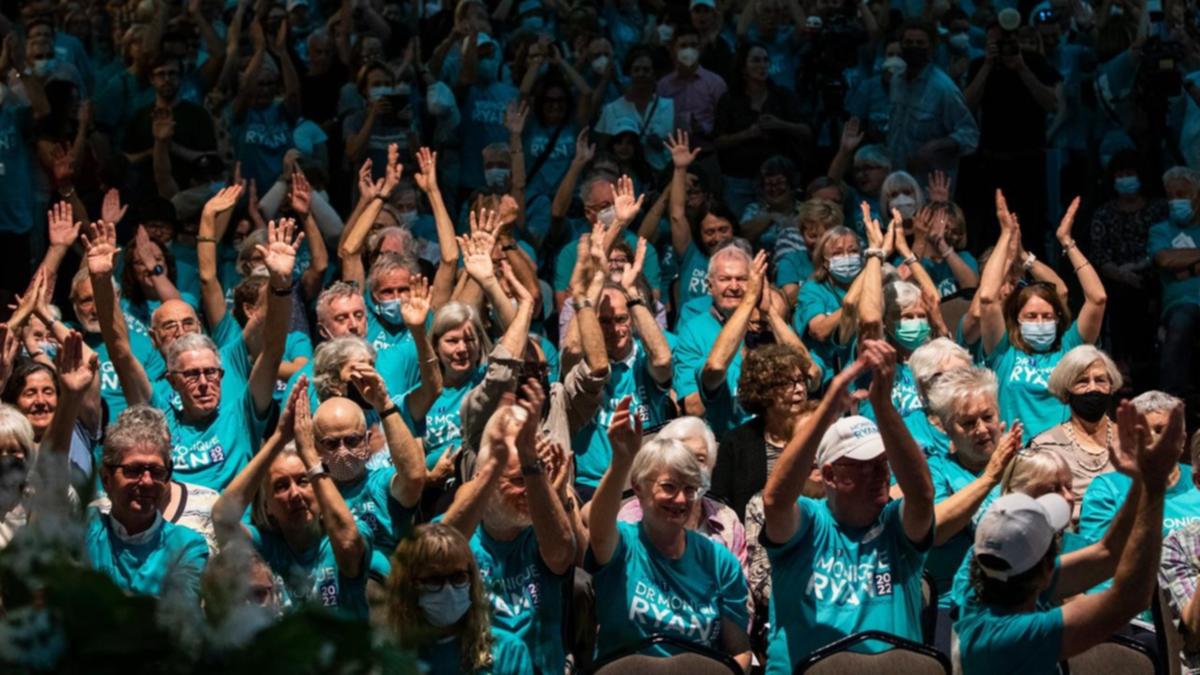 Candidates outside the major parties are hoping for a bigger slice of the political pie at the May 21 federal election.

And with a tight race forecast, independents could be a crucial factor in determining who gains power.

The coalition holds 76 seats in the House of Representatives, the bare minimum for a majority, meaning a hung parliament is within the realms of possibility.

There have been seven crossbench MPs in the lower house in 2022.

Among them are Zali Steggall, who won the blue-ribbon seat of Warringah from former prime minister Tony Abbott in 2019, long-term independent Andrew Wilkie in the Tasmanian seat of Clark, and Helen Haines in regional Victoria’s Indi.

Others include the Greens’ Adam Bandt, Centre Alliance’s Rebekha Sharkie in the SA electorate of Mayo, the Clive Palmer-backed United Australia Party’s Craig Kelly in the Sydney seat of Hughes, and Queensland’s Bob Katter from Katter’s Australia Party.

The number of independents could increase, with a ‘teal wave’ challenging marginal seats and even blue-ribbon Liberal strongholds.

Among those are candidates backed by the grassroots ‘voices for’ movement, which are targeting many high-profile, government held seats.

Treasurer Josh Frydenberg’s electorate of Kooyong in Melbourne is among those in sight. Energy Minister Angus Taylor’s seat of Hume, and the Sydney electorate of Wentworth, currently held by Liberal Dave Sharma, are also on the hit list.

While independents will be challenging government-held seats in many areas, a key theme has emerged.

Many independent candidates are campaigning on a platform of more action on climate change.

Candidates are also backing a federal integrity commission, after previous establishment attempts have been delayed.

Indi MP Ms Haines has tried to bring debate on legislation for her own model of a federal corruption watchdog, but was blocked in parliament on a technicality.

Multiple high-profile candidates have emerged on these issues, including former ABC journalist Zoe Daniel, who will be running for the Victorian seat of Goldstein, currently held by Liberal Tim Wilson.

Former Wallabies star David Pocock is also making a run as an independent for the ACT Senate.

Eyes will also be on former lawyer Georgia Steele who will be running in the Sydney seat of Hughes, while neurologist Monique Ryan is campaigning against Mr Frydenberg in the Victorian stronghold of Kooyong.

Financial backing will be critical for independents ahead of the poll, with climate activists ready to line a war chest.

Simon Holmes a Court, the son of Australia’s first billionaire, will be financially supporting multiple candidates who run on a climate policy, through the organisation Climate 200.

Among all of this is mining magnate Clive Palmer, who will have candidates in all 151 electorates for his United Australia Party.

The minor party spent more than $80 million on the last federal poll, but failed to win a seat.

However, many believe his strategy cost Labor several seats, particularly in Mr Palmer’s home state of Queensland, leading to an election win for the coalition.

The United Australia Party now has one MP in parliament after Craig Kelly defected from the coalition, but he is set for an uphill battle to retain his seat, which the Liberals won with a near-10 per cent margin.

The United Australia Party has already run an advertising blitz in several key seats, and a similar media strategy to the last election is predicted for 2022.

Whatever the final outcome, independents are set to hold a lot more sway during the campaign, and could very well have the final say over who becomes the next prime minister.