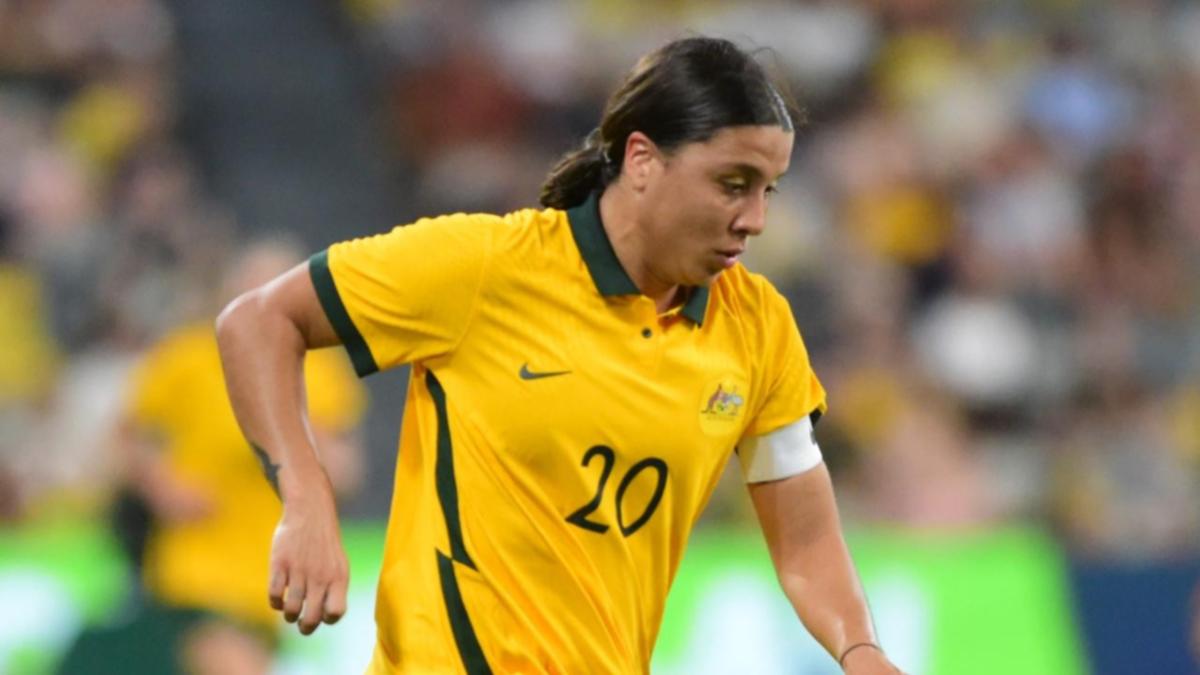 Matildas skipper Sam Kerr has become the first female footballer to feature on the cover of a global version of the hugely popular FIFA electronic football simulation game.

The Australia striker is pictured alongside French superstar Kylian Mbappe on the cover of FIFA 23 Ultimate Edition, the art for which was revealed on Monday.

Both players are in their club kit, Chelsea for Kerr, Paris St Germain for Mbappe, who featured on his own on the front of the 2021 and 2022 issues.

Prior to that Lionel Messi was often the cover star with Cristiano Ronaldo also featuring in recent years.

This is the 30th edition of the game, produced by UK company Electronic Arts, and the last to be produced in conjunction with the sport’s governing body FIFA.

Kerr is not the first woman on a FIFA edition, or even the first Matilda. Steph Catley was on the cover of the Australian version of FIFA16, produced around the time of the 2015 Women’s World Cup. Alex Morgan appeared on the American edition and Christine Sinclair the Canadian.

But no woman has previously been on a global edition.

Kerr being on the cover is a significant step for women’s football and the player herself.

The video game has sold an estimated 350 million-plus copies since its launch with annual editions usually racking up around 30 million sales either in physical or digital versions.

Leading footballers are known to participate and, sometimes, even complain to the makers about their grading.

The Ultimate Edition of FIFA is a premium version with added features. The game’s release date is as yet unknown but is expected to be late September.