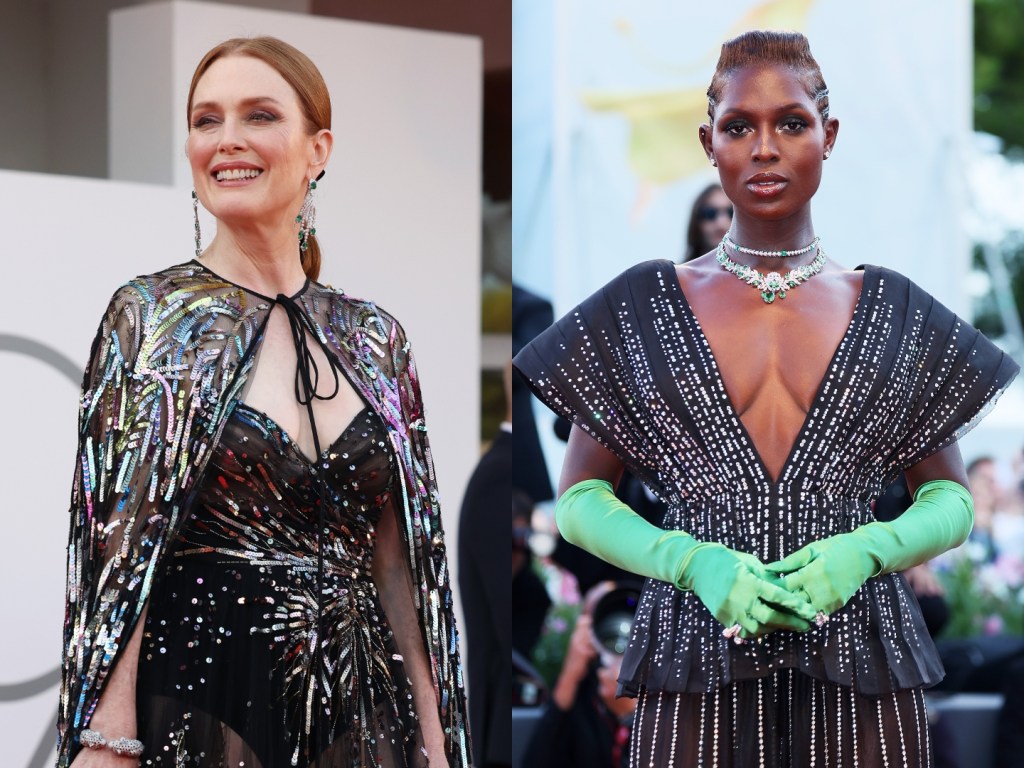 It’s official: the oldest film festival in the world is back in full swing. Since COVID-19 crowd restrictions are down in Italy, everyone is coming to see what’s in store for the 79th Venice Film Festival. This year’s festival may have just started, but some of our favorite A-listers are already making headlines with their rare red carpet appearances and daring ensembles. (We’re especially obsessed with Jodie Turner-Smith’s lingerie-style dress!)

Celebrities from all over have already been flying to Venice to stay at the famous Excelsior Hotel, and we’re itching to see who all arrives! We’ve already seen quite a few of the festival’s jury members arrive, including this year’s Jury president Julianne Moore, who was seen turning heads in a designer cream suit!

Long-awaited films like White Noise, The Whale, and Bones and All will be premiering at the festival. And french star Catherine Deneuve is set to collect the festival’s lifetime achievement award.

It’s safe to say this festival will be one for the history books, and our eyes will be glued to every update!

While the 10-day event will be full of surprises, we’re sure we’ll be seeing many familiar faces. Let’s see which stars arrived at this year’s Venice Film Festival red carpet.