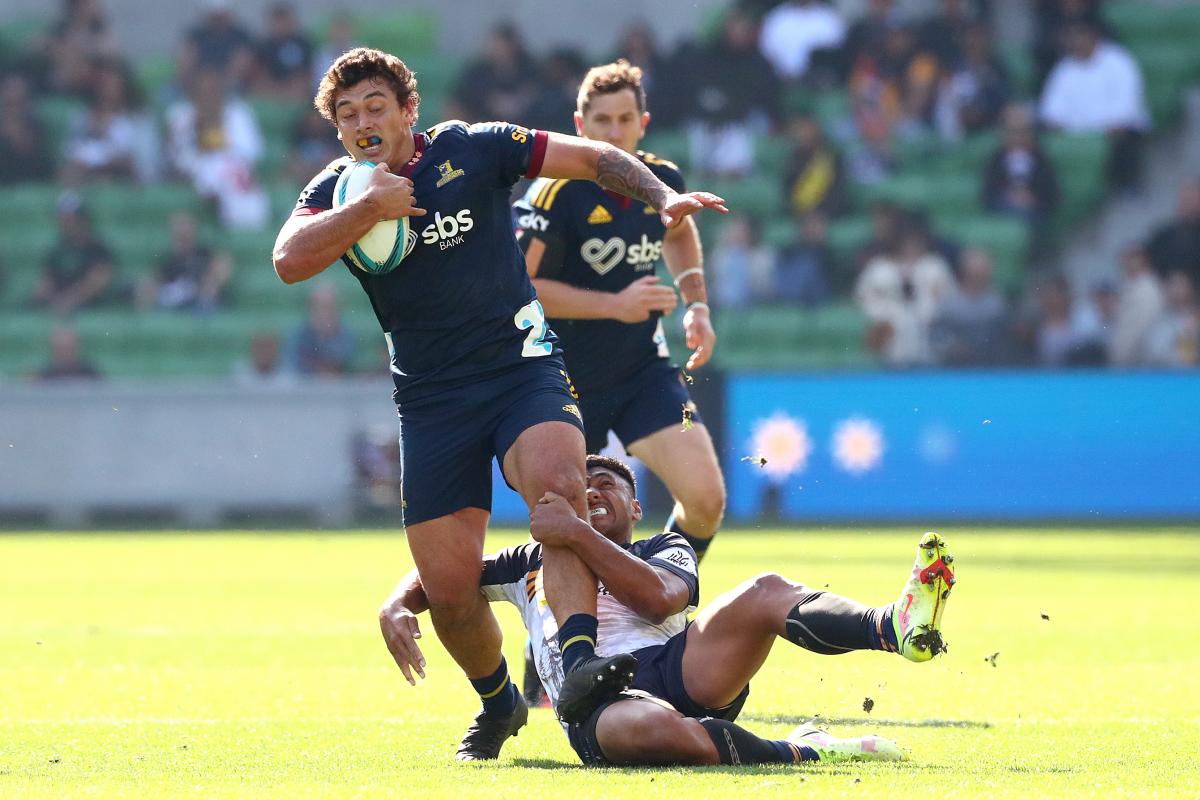 The Highlanders’ hunt for consistency goes on.

Showing patches of dispersed brilliance in a struggle for results during the local derby rounds of Super Rugby Pacific, the Southerners kicked off their transtasman trip in familiar form.

A slow start proved costly against the Brumbies in Melbourne, trailing 17-0 early before going on to lose 28-17.

The first half was the undoing of the Highlanders as they couldn’t find a way to string consistent possession together amidst heavy pressure from the Brumbies.

The Highlanders only managed to go on one voyage inside the Brumbies’ 22 – which resulted in a try to Thomas Umaga-Jensen – but went into halftime having barely fired another shot.

The Brumbies, on the other hand, signalled their intentions early and should have opened the scoring inside five minutes when fullback Tom Wright waltzed over the line before the ball slipped from his grasp while attempting to put it down.

Despite the exercise in why you should hold the ball with two hands, the Brumbies were able to open the scoring 11 minutes in. Using their lineout as a weapon inside Highlanders’ territory, they looked to launch wide immediately. After a couple of phases, halfback Nic White found loose forward Jahrome Brown on the charge, who shrugged off Highlanders prop Jermaine Ainsley before slamming the ball over the line.

It was an attack from the lineout that saw the Brumbies in again, with hooker Lachlan Longeran scoring from the back of a lineout drive in the 19th minute. The Brumbies might have felt they deserved more points in the first half, with several promising attacks fizzling away due to players dropping the ball. Instead, it was the Highlanders who hit back late in the half through Umaga-Jensen.

Trailing 17-7 at the break, then 20-7 three minutes later, the Highlanders had their back against the wall and needed to be the next to score.

They got exactly what they needed. With penalties allowing them to get into great field position, the Highlanders cracked the Brumbies defence again off a short ball from Folau Fakatava to James Lentjes.

It was a stagnant second half with both sides struggling with handling errors and penalties, but the Highlanders being able to close the gap forced a rethink from the Brumbies. Rather than look to the corner from penalties in the Highlanders’ half, they took the points to apply pressure on the scoreboard.

The Highlanders answered in kind with a penalty of their own to keep things ticking over, but a 72nd-minute try to Noah Lolosio gave the Brumbies a comfortable margin to close out the win.