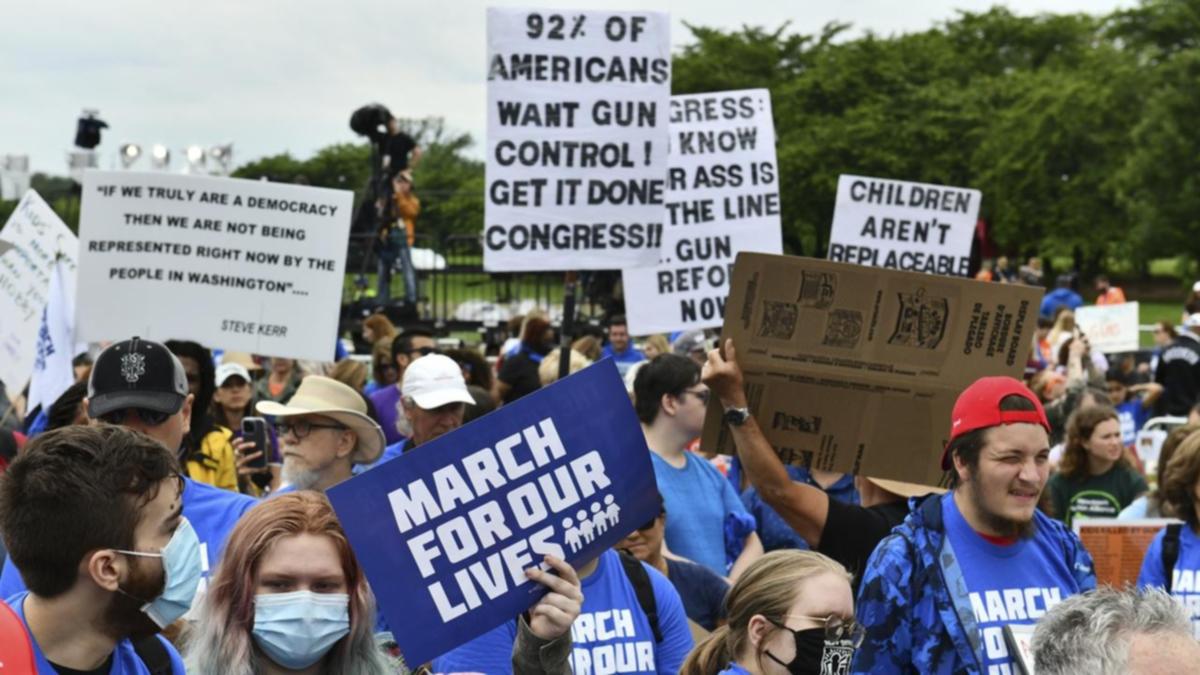 US senators have moved to the brink of an agreement on a bipartisan gun violence bill, potentially teeing up votes this week on a package in response to mass shootings in Texas and New York that shook the nation.

The legislation politicians have been working towards would toughen background checks for the youngest firearms buyers, require more sellers to conduct background checks and beef up penalties on gun traffickers.

It also would disburse money to states and communities aimed at improving school safety and mental health initiatives.

Texas Senator John Cornyn, the chief Republican bargainer, spoke on the Senate floor moments later and said he, Murphy and the other two top Senate negotiators had “reached agreement”.

The senators did not initially say how they had resolved the two major stumbling blocks that had delayed agreement on the plan’s legislative language.

One was how to make abusive romantic partners subject to the existing ban that violent spouses face to obtaining guns.

If enacted, the measure would spotlight a modest but telling shift in the politics of an issue that has defied compromise since Bill Clinton was president.

After 10 Black shoppers were killed last month in Buffalo, New York, and 19 children and two teachers died days later in Uvalde, Texas, Democrats and some Republicans decided measured steps were preferable to Congress’ usual reaction to such horrors – gridlock.

What is uncertain is whether the Senate agreement and its passage would mark the beginning of slow but gradual congressional action to curb gun violence, or the high water mark on the issue.

Until Buffalo and Uvalde, a numbing parade of mass slayings – at sites including primary and high schools, houses of worship, military facilities, bars and the Las Vegas Strip – have produced no movement in Washington.

Republicans refused to include proposals in Tuesday’s compromise that were sought by President Joe Biden and Democrats to ban assault weapons or raise the minimum age for buying them, prohibit high-capacity magazines or require background checks for virtually all gun sales.

It seemed likely a majority of Republicans – especially in the House – would oppose the legislation.

Underscoring the backlash Republicans supporting the pact would face from the most conservative voters, delegates booed Cornyn at a convention on Saturday as he described the measure.

Senate Majority Leader Chuck Schumer, a Democrat, has said his goal was for his chamber to debate and vote on the legislation this week.

Momentum in Congress for gun legislation has a history of waning quickly after mass shootings.

Politicians are scheduled to begin a two-week Independence Day recess at the end of this week.

House Speaker Nancy Pelosi, a Democrat, also said she backed the effort and seems sure to set up votes on it as quickly as she can.