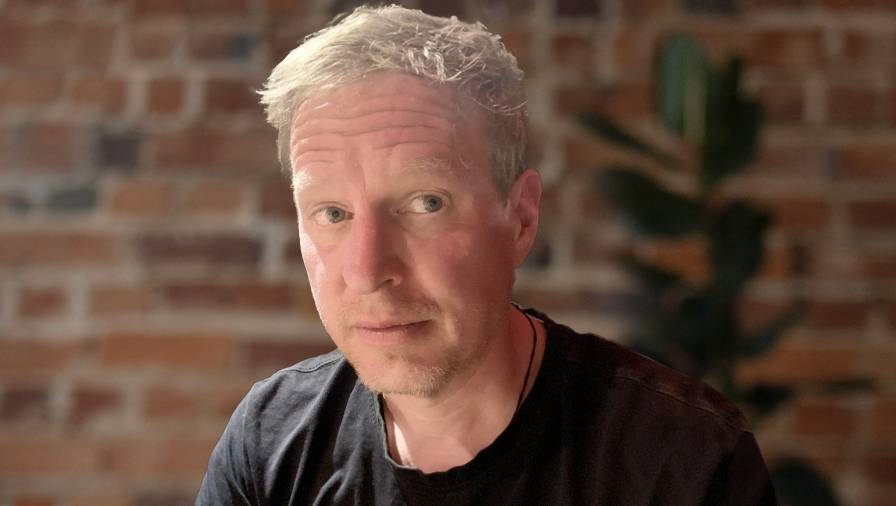 You cannot overtake 15 cars in a sunny weather… but you can when it’s raining.” – Ayrton Senna

Until March I’d never heard the expression ‘growing into your valuation’. Because, up until March, well, we were all either at our valuation, or growing ahead of it. The only valuations that count in venture-led business are when shares change hands. Which only happens in a capital round.

Let’s say that, pre-pandemic, valuation multiples were ‘normal’ at 100. (If there ever is such a thing as normal). This time last year, those valuations were 250, or 2.5 times, normal. Now they’re about 75, or three-quarters of normal. The valuation of SaaS businesses has fallen by 70%. Or, expressed another way, we’ve had a 70% compression in multiples, since peak, last year.

Joyous raised in August last year. Right at peak. That is the last time our valuation was set by the market. Back then, the market was valuing businesses like ours at a 70% higher value than they would value a company with the same revenue today.

So, here we are, a hugely successful SaaS business, and we are growing into our valuation.

What this means: valuation is important to companies like Joyous because it sets the price of raising the money we use to grow. There’s a bunch of mythology about what characterises great companies. But, more often than not, the companies that succeed are the ones that spend the most on engineering, product, and customer acquisition. And so access to cheaper capital is a pillar of success. It is as important as culture, inventiveness, and executional ability.

Most companies like Joyous also raise money with conditions attached. One of those conditions is ‘anti-dilutes’. Anti-dilutes give existing investors additional shares to compensate if the value of the company goes down in a future round. So, it’s best to raise when your value is going up, because you get additionally hurt when it is going down.

If we were to raise again, well we’d want to raise after we’d grown into our valuation. You get the picture, yeah?

How long does it take to grow into your valuation?

It’s actually a very simple thing to calculate. Valuation is a multiple of revenue, and the multiple has compressed by 70%. So, the multiple is now 30% of what it was. To compensate you need to increase revenue to 1/30%, or 333%, of what it was. You’d normally express that as 233% revenue growth … to get back to where you were, from a valuation perspective. Jeepers.

It’s then about estimating how long it will take to grow revenue 233%. Here is a handy chart.

Fortunately for Joyous, we have doubled revenue since when we raised this time last year, and plan to double it again in the coming 12 months. Doubling revenue each year is a CAGR (compound annual growth rate) of 100%. But, even with that very high growth rate, it’s still almost two years before we grow into our valuation – assuming that growth continues and valuations stabilise.

Which is a big assumption…

There are two things we do not know. We do not know how long it might take for valuations to return to normal. Remember, I’m defining normal as pre-pandemic levels. But there are all sorts of pressure going on here. A reduction in venture activity is now obvious. The only founders raising at the moment are founders that have to raise.

The other non-VC early-stage investors – cross over funds, family offices – well, they’ve left town. So, the market forces that were pushing valuations up have been replaced by downwards forces.

And then there is this looming recession. The range of world economic outcomes possible from this point go from bad to very bad indeed: from an unlikely soft landing where central banks manage to control inflation and we avoid a prolonged recession, right through to a deep hard landing where a combination of the Ukraine war (and supply chain disruption), stagflation, and a debt crisis drive a rotten long recession.

In times of uncertainty, the most valuable thing is to have more than one option. And break-even optionality gives you that. Because, even if it takes much longer to grow into your valuation than you expected, due to all the unknowns, well, you have that time – you have unlimited runway. There will never be a situation where you run out of runway and have no choice but to raise capital.

Most early-stage businesses are investing to grow. Which means they have burn – where operating expense (opex) is greater than revenue. The only way you get to break-even optionality is to close the gap between opex and revenue. To reduce burn, preferably by growing revenue faster than growing opex.

Of course, this idea of break-even optionality might result in a reduction in the speed of growth. Don’t get me wrong; reducing your speed of growth decreases shareholder value. We all know the fastest-growing companies are the most valuable. No-one wants to stagnate. But, at the moment, having the option to not have to raise capital trumps growth because it gives you all the time you’ll need to … wait for it … grow into your valuation.

This idea of break-even optionality is nice if, like Joyous, you have enough cash in the bank to take this sort of strategy without having to cut opex. Because in the worst case, cutting opex can mean hitting people’s livelihoods, exiting core knowledge, and dismantling lots of what makes a company great. So, we should be very cautious.

And we should be especially empathetic to those companies that had planned to raise capital this year and are sitting on shorter runways. Because their only option to get to break-even may well involve significant opex reduction, through no fault of their own. Just rotten timing.

Not looking over my shoulder Ayrton Senna said: “You cannot overtake 15 cars in a sunny weather … but you can when it’s raining.”*

I’m not an expert at wet track driving, metaphorically or literally. But I do know we can all drive faster when we’re not looking over our shoulders. One of the advantages of a downturn like this is that, whatever your strategy, whether it’s methodically reducing burn or existentially dropping opex, there is now less need to be looking over your shoulder.

At Joyous we will continue to deliver to our extraordinary roadmap. We’ll meet our customer promises, and more. We’ll continue to build the greatest place to work. But, for now, we can do it unencumbered, no longer worrying about that well-funded competitor coming out of nowhere, somehow usurping our tech. Because they aren’t there any more. We can be focused solely on the road ahead.

Good luck out there.

* Tragically Ayrton Senna died in a car crash. Be careful whose advice you follow. Hat-tip to Craig Blair at Airtree for the Senna reference, and for stimulating much conversation on this topic.

Michael Carden is a co-founder of Joyous. This content was supplied free to NBR.