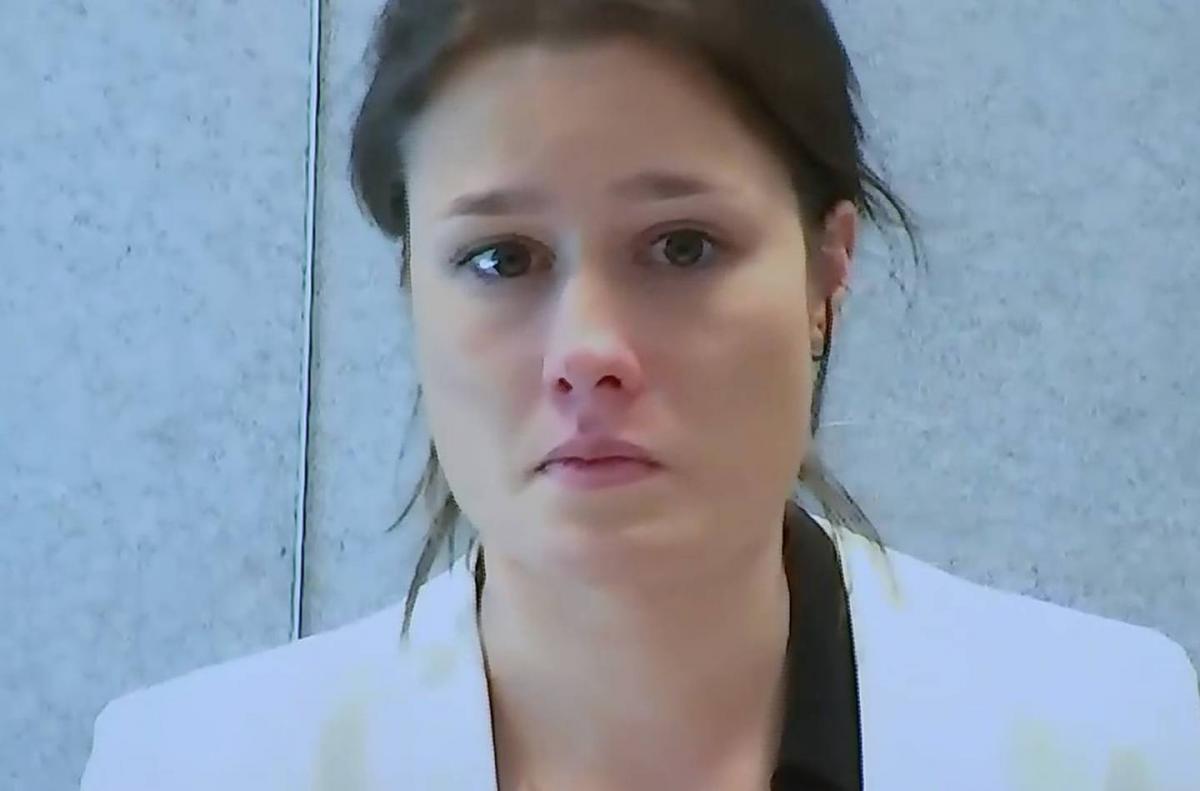 She feared not waking up in time for work, feared being late and feared being forced to stand in front of the 600-strong population at the Christian commune and apologise if she made any mistakes.

She also feared the men, the abuse, the shaming – and going to hell if she broke any of the rules.

Standtrue gave evidence today in the Employment Court about her time at Gloriavale, outlining the long hours and arduous tasks she says she was forced to do since she was a child.

She also spoke of regular “sexual abuse” of women at the community and the “physical and mental pressure of having to conform”.

“I felt so trapped, I was trying to tell my parents I needed to get out,” she said.

“My parents told me to forgive and forget about what happened to me in there and just move on – but you can’t move on when you know it’s going to just happen again.

“I just wanted my life to be over… I wanted to commit suicide because I was depressed and had PTSD, I felt that was the only way to get out of Gloriavale because I wasn’t allowed to leave.”

Standtrue’s emotional and harrowing evidence marks the third day of a case against Gloriavale in the Employment Court at Christchurch.

She and Pearl Valor, Serenity Pilgrim, Anna Courage, Crystal Loyal and Virginia Courage say they were effectively born into and kept in “servitude” – which is illegal in New Zealand – forced to work long days with no breaks and very little food or water.

“I remember being hungry most of my life,” said Standtrue.

The women are giving evidence in a month-long Employment Court hearing where they are seeking a ruling that they were employees and not volunteers at Gloriavale.

Their case follows a similar action by a group of former Gloriavale men who the court ruled were employees from when they were just 6 years old, regularly undertaking “strenuous, difficult, and sometimes dangerous” work when they were still legally required to be at school.

This morning Standtrue told the court she left Gloriavale in 2021.

“I am the only one in my immediate family to have left – my parents and 10 younger brothers and sisters still live at Gloriavale,” she said.

Standtrue said she tried to run away from Gloriavale once and was caught by one of the leaders and taken back.

“I was walking because I had no other means of getting out and I was discovered,” she said.

She was taken to a meeting with the shepherds and told she was “rebellious and proud” which was “despised”.

Standtrue said enduring a life of fear and being sexually abused at various stages meant she was “triggered all the time”.

Paired with the relentless workload and the “constant physical and mental pressure to conform” made her life unbearable.

She begged her parents for help for her mental health but was initially told to just get on with her life.

She became so unwell that her family was moved to a Gloriavale-owned house near the community’s main site to “isolate” Standtrue.

“I was always taught and believed that if I left I was going to hell,” she said.

“There was a lot of pressure not to leave, I knew if I left I would be cut off from my family and they would shun me.”

Eventually, Standtrue was put on antidepressants and a counsellor was arranged.

Her counsellor and the police arranged for Standtrue to go and stay in Greymouth.

She told her parents she was not coming back.

Since then she has barely spoken to them.

“When I went to try and visit my family three weeks ago I was… pushed and shoved and restrained from trying to see my siblings… that was my parents and one of my younger brothers,” she said.

“They told me they were doing that because the leaders told them they weren’t allowed to talk to me.”

Standtrue, crying at times as she spoke about her life in the cloistered society, explained what her working life was like.

“All children were required to work from a very young age,” she said.

“I was no different.”

During her primary school years she was expected to help with meal preparations – cutting up to 100 lettuces and a crate of tomatoes at a time.

She also had to help with mass amounts of community laundry.

“I remember being told I was a good worker because I worked hard and they said ‘we don’t know what we’d do without you’,” she said.

“That encouraged me to work even harder.”

As a “high school girl” she was assigned to the laundry team which entailed pushing “big trolleys full of laundry around”.

“I could barely pull them by myself, but they told me I just needed to ‘grow muscles’ – so I did,” she said.

High school girls were also expected to help look after the babies and children – their own siblings and others.

After finishing school Gloriavale females graduate to being “single girls”.

“All the girls know they will be working full time… and then every Friday we attend a sewing class for four hours,” she said.

“You understood and expected single girls would work full time on the teams… it was just what you did, no one had any thought of doing anything else, we accepted and understood that the girls would just do what they were told to do.

“There was never any thought of choice… or even knowing what choice was… growing up we never saw single girls getting a choice of work.”

Standtrue was called to a meeting with the leavers and told “we believe God wants you to make cheese”.

She did not like the thought of that role but said there was no alternative.

“If you say no you are taken to a shepherd’s meeting and made to feel bad,” she said.

“You were told you were going to hell for not being willing to do what God wants you to do… I didn’t feel I had any choices but to say yes.”

Standtrue would start at 3.45am and often spend up to seven hours a day lifting heavy containers of ingredients.

“I always had a really sore back,” she said.

On top of her job there was also cleaning and other jobs for women.

“There was a saying ‘you don’t – you don’t eat’,” Standtrue explained.

“There was always pressure to show up on time, be early, work hard, work harder, don’t eat just work.

Standtrue also spoke of sexual abuse at Gloriavale – both in the workplace and beyond.

She said she was scared of one leader in particular who would often try and touch her.

She saw him touching other women but was too afraid to speak up so would just try and avoid him.

Standtrue described some of the Gloriavale leaders and “creepy” and said it was well known among the females who the worst were.

She said boys and girls were “segregated from very young age” with even cousins being kept apart.

“You’re not supposed to mix,” she said.

“Girls are completely covered by Gloriavale clothing and I think it becomes an obsession with many Gloriavale males to find out what is under the clothing… and they don’t know what a normal relationship is.

“We were told we were not allowed to roll our socks down because seeing our ankles would turn the men on.”

Standtrue said males would creep into bathrooms and look over the top of showers to get a glimpse of girls and they were constantly getting “unwanted attention and abuse”.

She was haunted by the fact she left her family, feared for her siblings and felt sad they would not get to know her,

“I haven’t heard from (my family) in ages, my mother won’t speak to me,” she said.

“It hurts, even though I know the shepherds are telling them not to speak to me, even though they think it is the right thing for them to do – it hurts.”

Standtrue was also concerned about the single women still in the community.

She felt extremely guilty about leaving them and powerless to help them.

“I’m really worried… they are really stressed, they are so stressed out and tired and exhausted all the time.

“Sometimes there’s just two of them to make the dinner – dinner for 600 people…. You stay and keep trying to work because you don’t want to let your friends down… but it gets to the point where you’re broken.”

The Employment Court case is expected to last more than a month and Judge Inglis will hear from 49 witnesses.

After the plaintiffs and their supporters the court will hear from women currently living at Gloriavale about their life experience.

He says the case against Gloriavale is the result of “embittered” leavers determined to “blacken” the reputation of their former home.

SEXUAL HARM – DO YOU NEED HELP?

If it’s an emergency and you feel that you or someone else is at risk, call 111.​

If you’ve ever experienced sexual assault or abuse and need to talk to someone contact the Safe to Talk confidential crisis helpline on:

• Visit https://safetotalk.nz/contact-us/ for an online chat

If you have been abused, remember it’s not your fault.