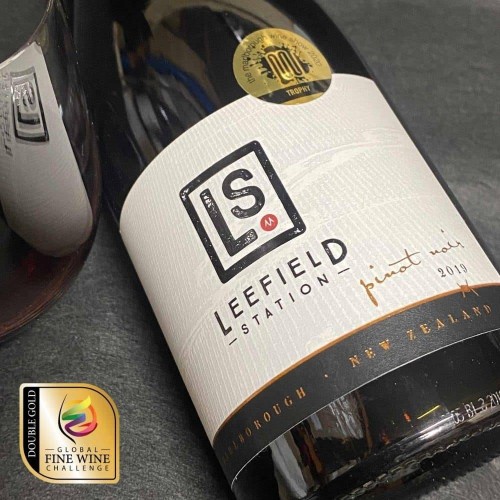 See all profiles, rankings and feature articles on The NBR List 2022 home page.

While they’re best known for pioneering the Marlborough wine industry, tech was a big winner for the Marris family in 2021, with the $188.3 million sale of telematics software company Coretex.

The family trust controlled 15.64% of Coretex at the time of sale, with brothers Dean and Craig holding a further 1.79% and 1.76% respectively.

All the family netted a $31.4m upfront payment from the sale, with a further $6m payable in 2023 if the business meets certain performance milestones.

In 2005, the late John Marris helped fund International Telematics with his sons Dean and Craig, which merged with Selwyn Pellet’s Imarda in 2015 to become Coretex.

By the time of sale, Coretex tracked some 70,000 vehicles around the world in real time and had annual revenues in excess of $40m.

John Marris planted some of the Marlborough region’s first grapes in the 1970s, and son Brent followed in his footsteps. Brent’s daughter Emma followed as the third generation of winemakers, working as a production winemaker at the family’s Marisco Vineyards.

No strangers to success, Brent and Emma shared the honours in 2020 when their 2019 Leefield Station pinot noir was declared the ‘undisputed’ Champion of the Show at the Marlborough Wine Show, as well as being awarded a coveted double gold medal at the New Zealand International Wine Show.

Bought in 2013 and owned in partnership with Marisco chief financial officer Steve Lock, 700ha of the 2200ha Leefield Station in the Waihopai Valley is dedicated to the vineyard, with the remaining land occupied by Angus cattle and Romney sheep.

Latest Marlborough District property valuations indicate Brent Marris is onto another winner. With land prices rising by upwards of 30% in the three years to the 2020 valuation period, Leefield Station was valued at $116m.

Like most winegrowers, Marisco has faced difficulty securing workers for its 2022 harvest, even after beginning the search for workers more than four months in advance.

From shepherd to real estate

Starting out as a 16-year-old shepherd at the Picton freezing works, John Marris progressed to become a stock and station agent in Marlborough’s Awatere Valley in the mid-1960s before getting involved in real estate.

As a budding agent, he famously negotiated the sale of 1173ha of bare farmland to Auckland wine mogul Frank Yukich, who planted the property in grapes for Montana Wines. Costing little more than $1.3m in 1973, at an average price of $1100 per hectare, the Brancott Estate is now valued at $167,000 per hectare.

Eager to develop his own vineyards, Marris started planting grapes and apples. Within a few years he was working full-time as the operations manager for Montana, which recognised his ability to generate increased yields with the use of under-vine watering. A strong believer in the need for research, Marris was instrumental in setting up the Marlborough Research Centre in 1984.

In 1994, John teamed up with son Brent to convert his old apple orchard and packhouse into the Wither Hills winery. Having quickly established an award-winning reputation for its sauvignon blanc, it was sold to Lion Nathan for $52m in 2002.

Property development has been another forte for the family, with the $56m Westwood retail centre in Blenheim one of its bigger projects.

With a degree in viticulture and oenology from Adelaide University, Brent Marris established his reputation as a champion winemaker working initially at Delegats to help develop the Oyster Bay brand before joining his father at Wither Hills.

Having stayed on at the winery after it was sold, he was embroiled in controversy when it was revealed that the sauvignon blanc entered in the 2006 Cuisine magazine wine awards was different to the wine being sold to the public, leading to a disqualification.

The establishment of Marisco Vineyards represented a fresh start for Brent as he sought to establish a family legacy that would last for generations. Launched in 2006, The Ned brand was followed by The King Series in 2009 and, in 2011, Marisco was crowned New Zealand Winery of the Year.

Located on the banks of the Waihopai River, the 268ha Marisco vineyard was sold in 2015 and leased back with a right of re-purchase within 12 years, raising $52m to help develop the much larger 2200ha Leefield Station.

Based in Auckland, Brent and his wife Rosemary own a $4.25m home in Parnell and a $5m holiday home on Waiheke Island. His sister Donna, who has managed the Marris family investments since her father’s death in 2014, lives in a $4m property in Remuera.