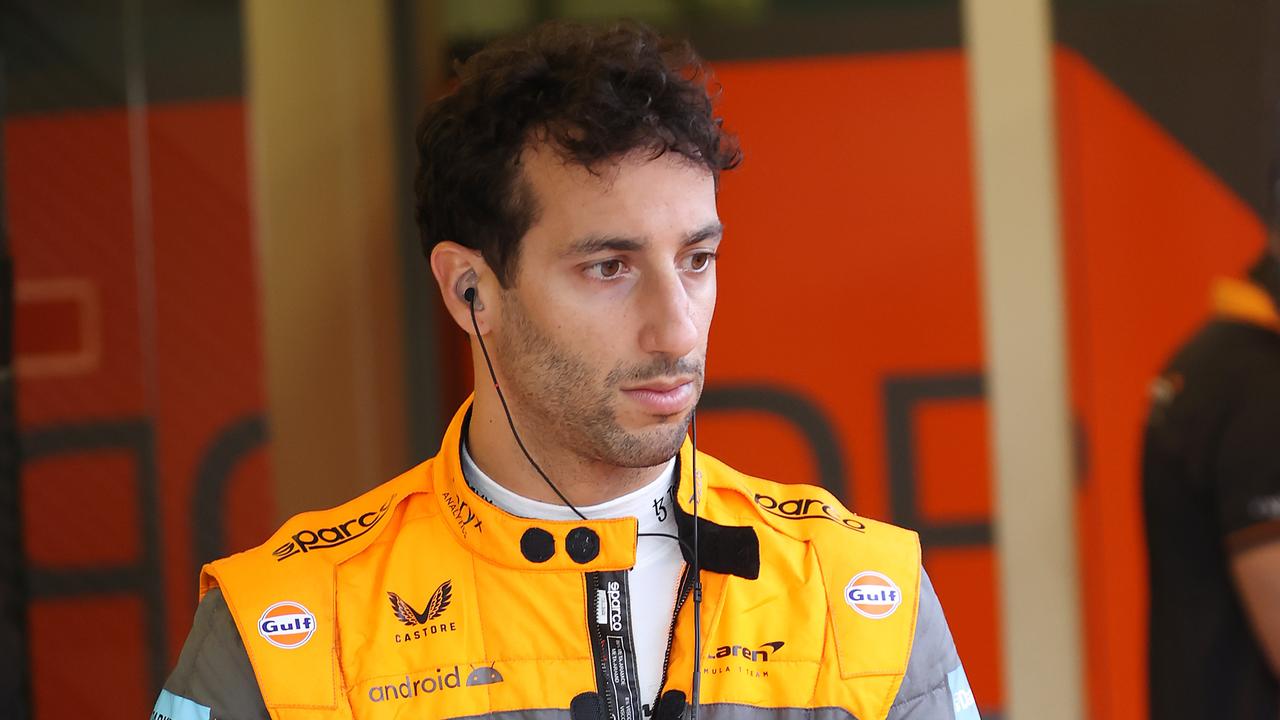 A five-world radio message Daniel Ricciardo was sent by his team will have his fans furious, despite his best day of 2022.

Daniel Ricciardo has confirmed he was ordered not to attempt a pass on teammate Lando Norris in the final laps of the Australian Grand Prix on Sunday.

The Aussie still had a smile on his face as he had his best finish of 2022 in front of a wild home town crowd in Melbourne.

Ricciardo was upstaged by the flawless performance from Ferrari’s Charles Leclerc, who dominated the race from start to finish.

The 32-year-old finished sixth, just 0.4 seconds behind Norris as McLaren enjoyed its best championship points haul of the year — and the first time the team has had both drivers pick up points in the same race.

It was Ricciardo’s best finish at the Albert Park track since 2018.

It could have been even better had he have made the decision to go after Norris in the closing stages of the race.

Instead he was given the five-word team radio message every driver dreads: “Don’t put him under pressure”.

Ricciardo was more than four seconds behind his teammate with five laps remaining but in the final two laps he stormed home as his teammate slumped to the finish line.

The team’s radio transcript revealed everything.

“Daniel, we’re managing something on Lando’s car. It’s OK to close the gap — but don’t put him under pressure,” Ricciardo was told.

“This is the last lap. Don’t get too close to Lando, he may lose power.”

Ricciardo responded: “If he loses power, what do I do?”

His engineer replied: “Oh, drive past! I just don’t want you to hit him.”

Ricciardo was on multiple occasions last year ordered to give his place to Norris when the British driver was running faster.

Ricciardo took the hit with a grain of salt.

“Looked like a bit of a photo finish, I was told Lando had a few issues towards the end. Obviously he slowed down quite a lot so the team said, uhh… be sensible,” Ricciardo told Sky Sports after the race.

“I had to control myself a little bit but of course a fifth and a sixth is a massive result for us so far this year.

“If you would’ve said this in Bahrain I probably would’ve laughed sarcastically, so very happy with this progress.”

It was a very solid performance from the UK-based team after Norris (fourth) and Ricciardo (seventh) also showed glimpses of speed during Saturday’s qualifying session.

“It’s by far our best result of the season, personally and as a team result. First part of the race I thought maybe we had a bit for Mercedes, we were kinda there with them and holding their DRS, but as the race kinda progressed, that was probably our pace.”

Ricciardo narrowly avoided disaster after rejoining the race track from the pits with an aggressive block on two rival drivers in the middle of the race.

Ricciardo pitted one lap after Norris and rejoined the track only to be immediately attacked by Alex Albon and Lance Stroll.

Albon had to hit the brakes hard to avoid running into the back of the McLaren driver.

Ricciardo also had some issues in qualifying that left him “hurting”.

He was left kicking himself after he struggled to find any new pace on fresh tyres in Q3.

“As a whole, the weekend has been really good. The only (problem) was the last run,” he said.

“I went about a second slower with a new set of tyres. So that’s hurting a little bit at the moment. I’m not really sure what that was. Could have maybe gone a little bit better, but maybe we’ll get something out of that.

“So there’s still a little bit, probably just from me, still exploit. To be honest, if we didn’t have that last run in qualy I’d be sitting here pretty happy and confident and comfortable. That’s still on my mind a little bit.”