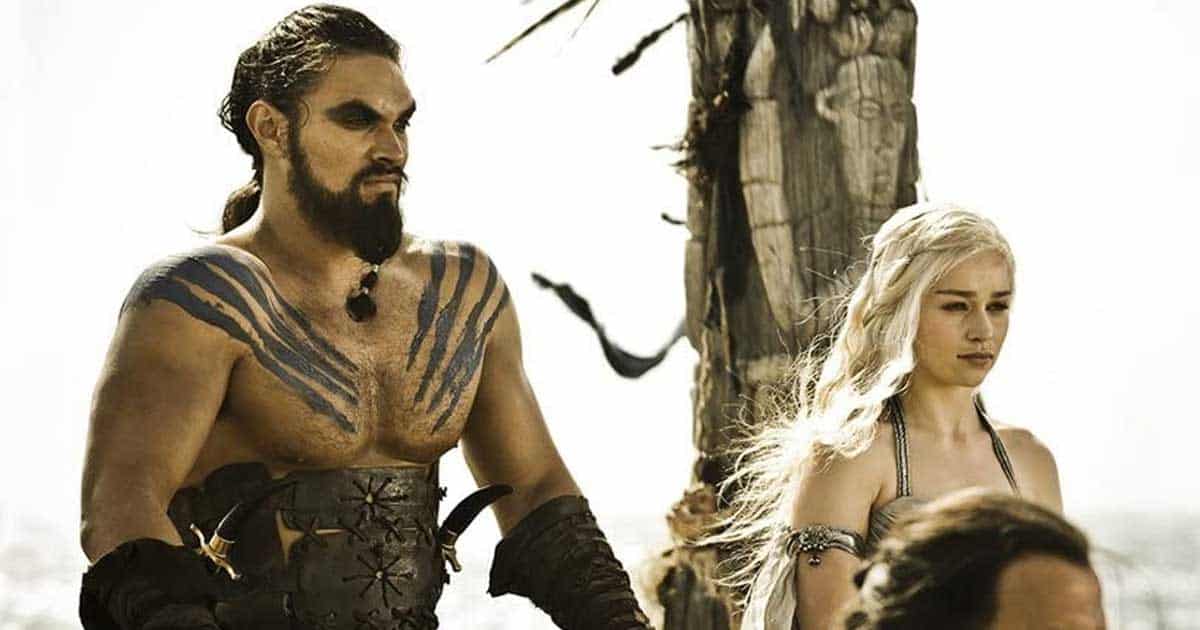 Game Of Thrones is undoubtedly one of the most followed shows ever not just for its raw visuals but also for hard-hitting music and performances. The show kicked off in the year 2011 and had eight successful seasons before it came to an end. A few years back, one of its lead actors, Emilia Clarke, opened up about her famous n*de and s*x scenes in the first season of the show and how comfortable Jason Momoa made her feel during the filming.

For the unversed, the series kicks off with Emilia’s character Daenerys Targaryen marrying Khal Drogo, played by Jason Momoa. The two have numerous s*x scenes together, some of which involve partial n*dity for both Jason and Emilia. Both the artists received strong critical acclaim for their work in the series but they have often been vocal about how difficult some of these scenes were.

According to a report by Oprah Daily, Emilia Clarke had previously opened up about the n*de scenes in a podcast with Dax Shepard. She revealed how kind and thoughtful Jason Momoa was, during their filming session, which helped her to a great extent.

“He took care of me in an environment where I didn’t know I needed to be taken care of. Jason was an experienced actor who had done a bunch of stuff before coming onto Game of Thrones. He said, ‘This is how it’s meant to be and how it’s not meant to be. I’m going to make sure that’s not the case.’ So he was always like, ‘Can we get her a robe? She’s shivering!”, Emilia said.

Emilia Clarke also shed some light on how much she needed that kind of comfort and said, “It’s only now I realize how fortunate I was. That could’ve gone many, many different ways. He was so kind and considerate, and cared about me as a human being.”

Must Read: Spider-Man: No Way Home’s Iconic ‘I Love You, Guys!’ Line Was Improvised By Andrew Garfield, Also Recreating A Viral Meme!