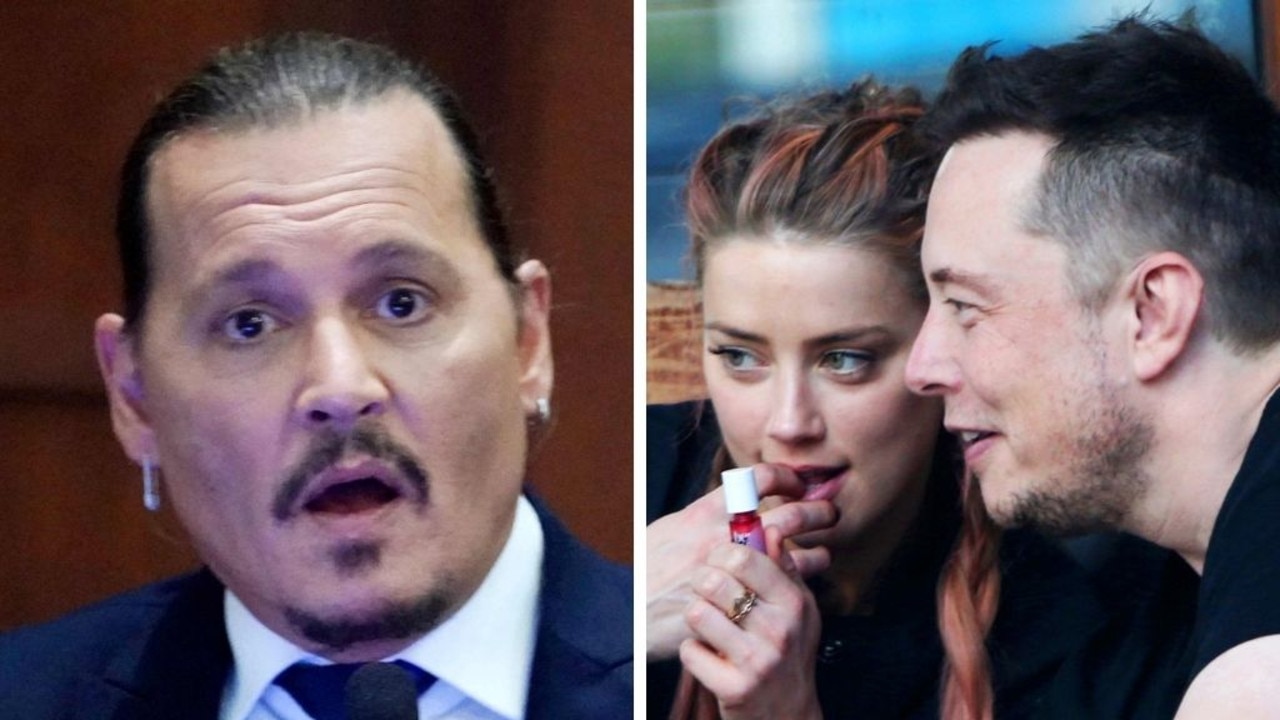 Actor Johnny Depp has accused his ex-wife Amber Heard of cheating on him with billionaire tech mogul Elon Musk.

Elon Musk has become a talking point amid ex Amber Heard’s legal battle with Johnny Depp, as Depp previously accused Heard of cheating on him with the tech mogul during their marriage.

Musk was dragged into the mess again on Thursday (AEST) as Christian Carino, Depp’s former Hollywood agent took the stand.

Carino, the former fiance of Lady Gaga, was asked about Heard’s relationship with the billionaire Tesla and SpaceX founder.

The pair have insisted they only became romantic after Heard’s 2017 divorce from Depp. Asked if the pair were dating as early as 2016, Carino said: “I don’t know if they were dating, but they had definitely spent time together.”

A timeline of Musk’s relationship with Heard

Heard and Musk met on the set of the 2013 Robert Rodriguez film, “Machete Kills,” in which the former starred and the latter made a cameo.

While sparks flew as cameras rolled, Musk insisted the pair were nothing more than friends until Heard’s divorce from Depp and his own divorce from then-wife Talulah Riley were both finalised.

“When the time was right and they were both single last year, he started pursuing her romantically,” a source told People in April 2017. “She was playing hard to get for a while, which made him even more interested.”

Later that month, the actress posted a photo of herself with Musk with a “cheeky” lipstick mark on his face.

The Tesla founder was reportedly attracted to Heard’s “edginess” and that she wasn’t “frightened about being different.”

A separate source claimed to People at the time, “She doesn’t get easily intimidated. She is very focused and loves to learn.”

Rumours started swirling in August 2017 that the pair’s year-long romance had come to an end. Musk confirmed the speculation shortly after, telling fans the break-up was amicable.

“Btw, just to clear up some of the press storms this weekend, although Amber and I did break up, we are still friends, remain close and love one another,” Musk wrote.

He later added that the split was largely due to their schedules, sharing at the time, “Long-distance relationships when both partners have intense work obligations are always difficult, but who knows what the future holds.”

On Thursday, lawyers for Depp read out text messages exchanged between Carino and Heard at the time.

“Dealing with break-up. I hate when things go public. See, I’m so sad,” Heard said in a message about the end of her relationship with Musk.

Heard responded: “I know but I wanted time to grieve and recover in my own time.”

Asked by a lawyer for Depp if Heard was referring to Musk or Depp, Carino said “I don’t know.”

He also provided her with some advice. “You could avoid all this if you stopped dating uber-famous people,” he said. “You can be with a big man who isn’t famous.”

Musk and Heard gave their relationship another shot at the end of 2017, as they spent the holiday season visiting Easter Island.

The pair’s re-coupling was further confirmed when they were photographed holding hands in LA after the new year.

By February 2018, Musk and Heard split for good. A source told Page Six at the time that Musk “made the decision to end things,” and Heard agreed that the relationship had run its course.

“The timing just wasn’t right, but they still care about each other,” the insider explained.

During a prerecorded testimony played on Thursday, Carino also said Depp was dropped from the “Pirates of the Caribbean” franchise because of the domestic abuse allegations made by Heard, backing up the actor’s claim against his ex-wife.

“My opinion is that it was related to the accusations that Amber has made,” Christian Carino, who works for Creative Arts Agency, said in a videotaped deposition in the defamation suit filed by Depp against Heard.

Depp filed a defamation case against Heard over a column she wrote for The Washington Post in December 2018 in which she described herself as a “public figure representing domestic abuse.”

The 36-year-old Heard never named the 58-year-old Depp but he sued her for implying that he was a domestic abuser and is seeking $50 million in damages.

The Texas-born Heard countersued, asking for $100 million and claiming she suffered “rampant physical violence and abuse” at his hands.

Depp filed the defamation complaint in the United States after losing a separate libel case in London in November 2020 that he brought against The Sun for calling him a “wife-beater”.

Carino, Depp and Heard’s former agent, said it was never explicitly stated by Disney that Depp was being dropped from the “Pirates” franchise because of the domestic abuse accusations but it was “understood”.

Depp, testifying earlier on his own behalf, blamed the accusations by Heard for the loss of his lucrative role in “Pirates” as Captain Jack Sparrow.

Testifying last week, Depp said the allegations that he was a “drunken, cocaine-fuelled menace who beat women” have cost him “everything.”

Depp denied ever physically abusing Heard and claimed that she was the one who was frequently violent.

Depp, a three-time Oscar nominee, and Heard met in 2009 on the set of the film “The Rum Diary” and were married in February 2015. Their divorce was finalised two years later.