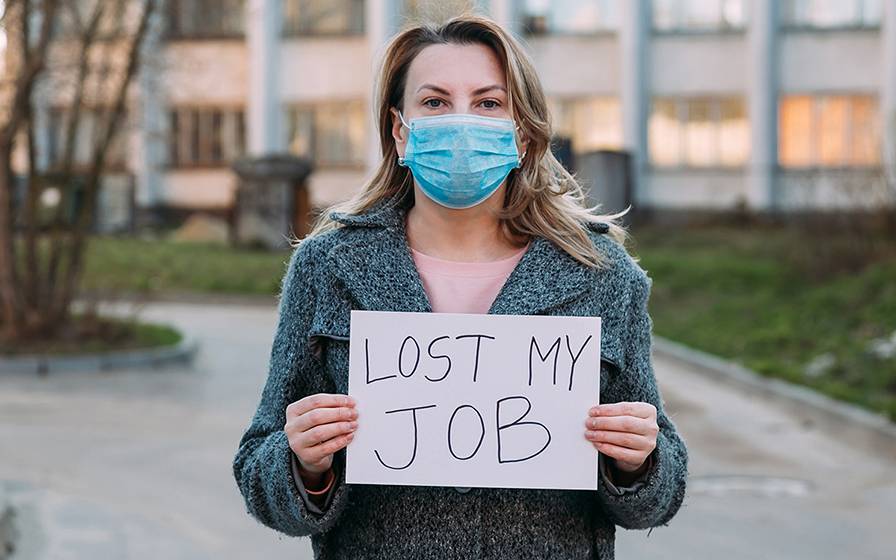 New Zealand’s CBDs have noticeably picked up in the last few months.

People are returning to the office. In-person meetings are a thing again. Cafes and restaurants are, slowly, on the up.

International travel is coming back, particularly among businesspeople looking to kick the tyres of commercial prospects in real life again.

There are even expectations New Zealand might scrap Covid-19 rules altogether this week. It’s been a long two-and-a-bit years.

And yet, the economic fallout and impacts of the coronavirus pandemic are far from over. Inflation is raging, people are struggling to get staff, and supply chains are still choked.

It was somewhat pleasing, then, that some of New Zealand’s biggest companies turned in what are widely seen as better-than-expected financial results during the latest reporting season.

Shoeshine should say those were on the back of fairly conservative projections from those companies, but all the same, more companies beating expectations than missing is clearly a positive.

The obvious question then is whether this signals that the economy is perhaps not as bad as we’ve all been thinking. Or is the worse still yet to come?

“Has Covid washed through? Yes it has… Oh, no it hasn’t,” Harbour Asset Management portfolio manager Shane Solly says. “We’ll still be talking about this for probably the next 12 months.”

Is the worst still to come?

The few months leading into the June 30 financial year end were dominated by some of the worst business and consumer confidence data seen for decades.

In July, NZIER’s Quarterly Survey of Business Opinion (QSBO) for the June quarter revealed a net 62% of businesses expected economic conditions to worsen in the coming months, the weakest since the onset of Covid in March 2020.

That compared to a net 34% result only a quarter earlier.

Just a few weeks before the QSBO release, the Westpac McDermott Miller Consumer Confidence index for the June quarter fell 13 points to 78.7: the lowest level recorded since the survey began in 1988.

Add to that roaring inflation, central banks ratcheting up interest rates and headlines every day about supply chain issues and labour shortages, as well as fairly cautious guidance from listed companies, and expectations were not too high ahead of earnings season.

A few dozen results later, however, and analysts broadly agree results were better than expected.

“After some very weak business confidence survey data, we expected what increasingly feels like an unavoidable and meaningful economic slowdown to dominate proceedings, but not so,” a note from Forsyth Barr said.

“Revenue did better than earnings before interest, tax, depreciation and amortisation (ebitda) as cost pressures continue to be evident. Particularly for Industrials, where revenue beats did not drop through to editda beats.”

Jarden equity research director Adrian Allbon adds that roughly half the companies it covers achieved higher revenue than expected, while the other half were either in line or missed.

“Our analysis of the August reporting season highlights a balanced outcome across our coverage.”

However, many point out that there were more misses on ebitda, reflecting some of the major themes coming through in the results.

Solly says Covid-19 seemed to have a bigger impact on businesses this year than the previous, as the Omicron wave and workers needing to isolate hampered growth.

“The previous corresponding period was all about lockdowns going on. This time around, I was trying to do business, but I had people and customers getting sick… we’re not through that and we may see these patterns with us for a little bit longer.”

A note from JBWere says companies, however, generally appear to be withstanding those pressures relatively well.

“This is not to say that New Zealand listed companies are not facing challenges, or that they are completely immune to what occurs in the domestic economy,” it says. “[But] where guidance has been provided, management appear reasonably confident.”

“The starting position coming into the year that’s just been reported was actually reasonably strong,” he says. “The other thing is that the consumer or end user of many companies are well versed in the idea that costs are going up.”

Forsyth Barr’s analysis has beats outnumbering misses by 3:2 during the reporting season. That’s down from the 7:2 recorded in the February reporting season, but, as already explained, ahead of expectations.

Among the main winners was infant formula specialist A2 Milk, coming off the back of a fairly tumultuous period for the business.

A key feature of the result was an improved performance in A2 Milk’s China label infant formula business, which increased sales by 12% to $438m despite the overall market shrinking as the country’s birth rate declined.

Another was dual-listed telecommunications company Spark, which said it intended to return $350m to shareholders following a $900m deal for its mobile towers sale.

The company guided earnings before interest, tax, depreciation, amortisation and investment income (ebitdai) of between $1.18b to $1.22b for FY23, excluding any gains from the towers sale.

“Spark have a good line of sight on what earnings are going to do and what the positive building bricks would be for increasing earnings,” says Nikko’s Williams. “They know what their base business is going to do, even during these times… and the tower sale is undoubtedly positive.”

A final result which comes in for praise is that of NZX-listed retirement operator Summerset, which boosted half-year revenue 20% to $114.1m. Underlying profit, meanwhile, was nearly 5% ahead of forecast at $82.5m.

Forsyth Barr upgraded its earnings outlook for the stock following the result.

“SUM gave a confident message in relation to current demand and (lack of) impact from the ongoing correction in the residential housing market,” Forsyth Barr says.

“Despite concerns around the NZ residential housing market, management have not seen any slowdown and reiterated that there is no excess stock or changes in demand,” adds JBWere.

One will be wrong

On the other side of the ledger, Fisher & Paykel Healthcare – which provided earnings guidance during the season rather than a financial result – was poorly received.

Net profit after tax is expected to be around $85m to $96m, which is also significantly lower than the $222m achieved in the first half of the 2022 financial year.

JBWere labels this a significant downgrade, coming on the back of customers having elevated inventory levels. Gross margins are also expected to fall to 60%, below its historical 65%.

One analyst contrasts Fisher & Paykel Healthcare’s outlook with A2: the latter is saying it did really well selling product into lockdowns in China, while the former is saying it was not so sure.

“There is a perspective that a bunch of their customers have bought lots of products and it’s not being used, it’s sitting on shelves,” they say. “Those two stocks have then gone in opposite directions.”

The same point is made regarding Vulcan Steel, which beat the forecasts contained in its IPO documents but warned the outlook looked particularly cloudy for its New Zealand business.

Overall, the business reported revenue growth of a third to $973m, ebitda (after stripping out the costs of listing and a share gift from founder Peter Wells to employees) of $243m, up 82% year-on-year, and net profit after tax up 119% in the same period, to $142m.

The company’s exposure is different to peers like Steel & Tube and Fletcher Building, which are more exposed to construction and a booming construction market and pitched up with a more positive outlook.

“Vulcan has more of an exposure to core SMEs like those in manufacturing and fabrication – and that part of the market might be feeling a bit more pain given it doesn’t have the same backlog of work,” Forsyth Barr senior equities analyst Rohan Koreman-Smit said at the time of the result.

One analyst, however, argues the three businesses are all exposed to similar drivers.

“Now, one of them is going to be wrong,” they say. “Markets are pre-empting and there’s definitely a lot of positioning for slowing activity going on.”

Where does that end up?

Despite that, he notes it was encouraging 14 (40%) of companies provided earnings guidance, and of those, six provided or restated longer-term targets.

“Post-August reporting season, we have revised revenues up for roughly two thirds of our coverage that reported but on balance, are taking a more balanced stance on FY23 ebitda and ebitda margins.”

While a relative lack of forward earnings guidance is frustrating, most analysts concede it is fair enough given the abundance of headwinds and uncertainty ahead.

In addition to the aforementioned pressures, the war in Ukraine shows no signs of abating and a Europe energy crisis is gathering steam.

“We expect uncertainty to remain elevated until investors see clearer evidence of inflation rolling over, central banks being in a position to begin to pivot away from aggressive tightening, and economic and earnings growth finding a floor,” JBWere says.

“As such, the path of earnings over the coming quarters will be critical to watch. This is important from an earnings point of view as when demand softens it becomes increasingly more difficult for companies to retain margins and pricing power.”

Nikko’s Williams says the jury is still out on what happens with interest rates, too.

“There’s clearly more inflation to be dealt with,” he says. “Small to medium-sized businesses and the mum and dad, sole proprietors are going to be under strong inflationary pressure with little or no pricing power.”

“We’re worried about where that ends up.”

Undoubtedly, there are plenty of issues still to play out.

Mainfreight managing director Don Braid, for instance, last week supposedly warned that while people have started talking about freight rates coming down, that’s in fact only for rates between Asia and the west coast of the US.

That’s just one live issue that continues to hang over the New Zealand economy.

Furthermore, businesses are becoming increasingly vocal in their opposition to government policies, with some analysts pointing to continued sparring over immigration policies and worker shortages.

One stops short of calling them negative for business, instead settling on “not helpful”.

Another says they are “ashamed”: “Immigration channels being closed is just the critical issue, it’s choking growth and the opportunity for businesses.”

So while Shoeshine takes some relief from the better-than-expected results, it’s clear many of the issues we’ve spoken about for the last two years will continue to dominate for a long time to come.

And, with many listed companies still not comfortable providing guidance, the looming AGM season next month will become a key bellwether for New Zealand’s economic outlook.

“A number of companies are saying, ‘Look, we’ll give you an update in a couple of months’ time’,” says Solly. “October is where we might actually land on some of these constraints and how quickly things are slowing down.”