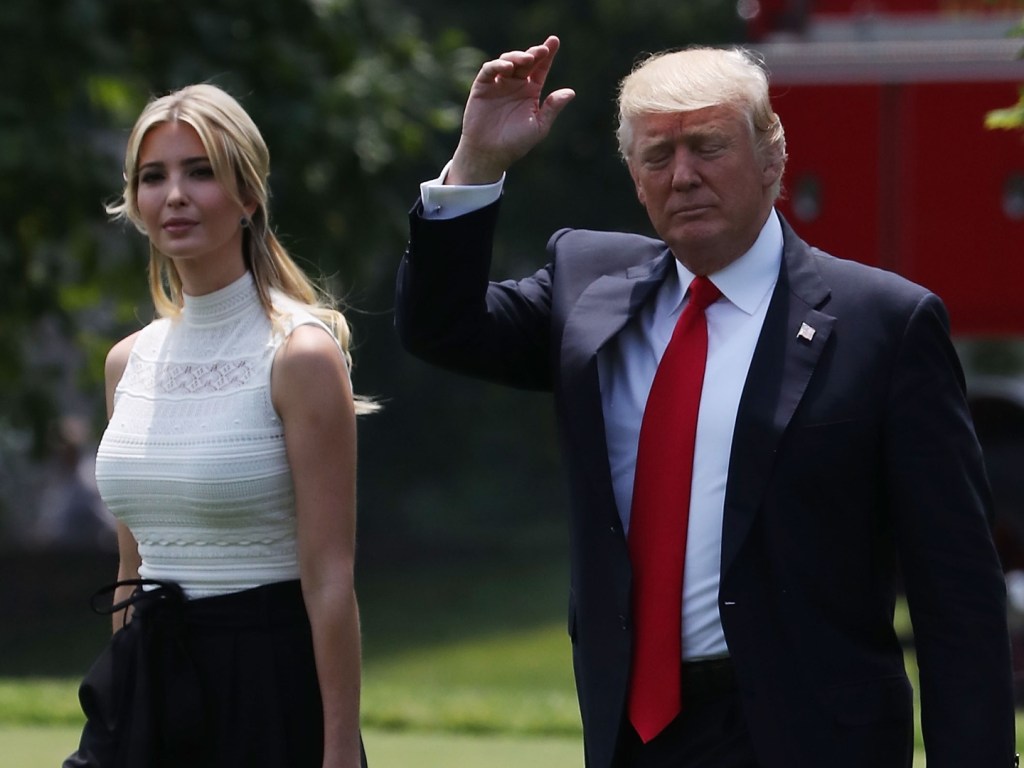 Former President Donald Trump has been hinting here and there about who his potential running mate would be for the 2024 presidential run, not confirming or denying anything surrounding that notion. That is, until now.

In a recent interview with India’s NDTV, Trump was asked if his eldest daughter Ivanka Trump would be his running mate. He quickly denied it, saying, “Ivanka? My daughter? Never thought of that one. I’ve never even heard, but that’s an interesting idea… but she’s a very capable person that I can tell you. But no, I have not heard that one.”

When asked by the interviewer if he would consider it, he quickly responded by saying, “No, I wouldn’t. Not my daughter.”

However, this isn’t the first time he’s been asked about this, and according to his former deputy campaign manager, he has considered it in the past. According to a book by Rick Gates called Wicked Game: An Insider’s Story on How Trump Won, Mueller Failed, and America Lost, he alleged that Donald had thought of having Ivanka as his running mate back in the 2016 election.

So we at least know that if Donald decides to run again, his daughter won’t be his running mate in the future.

With the fallout of the Trump presidency, everyone involved in those four years seems to be rehabilitating their public image in the most obvious way: selling a book and spilling supposed secrets. Everyone was ready to talk, especially Former White House Press Secretary Stephanie Grisham. The author of the Trump tell-all I’ll Take Your Questions Now: What I Saw at the Trump White House, gives readers a first account of what the Trump presidency was like behind closed doors. Grisham’s claims and allegations are serious enough to consider picking up this book and potentially never putting it down.

I’ll Take Your Questions Now: What I Saw at the Trump White House by Stephanie Grisham


I’ll Take Your Questions Now: What I Saw at the Trump White House

Before you go, click here to see photos of Donald Trump’s family over the years.