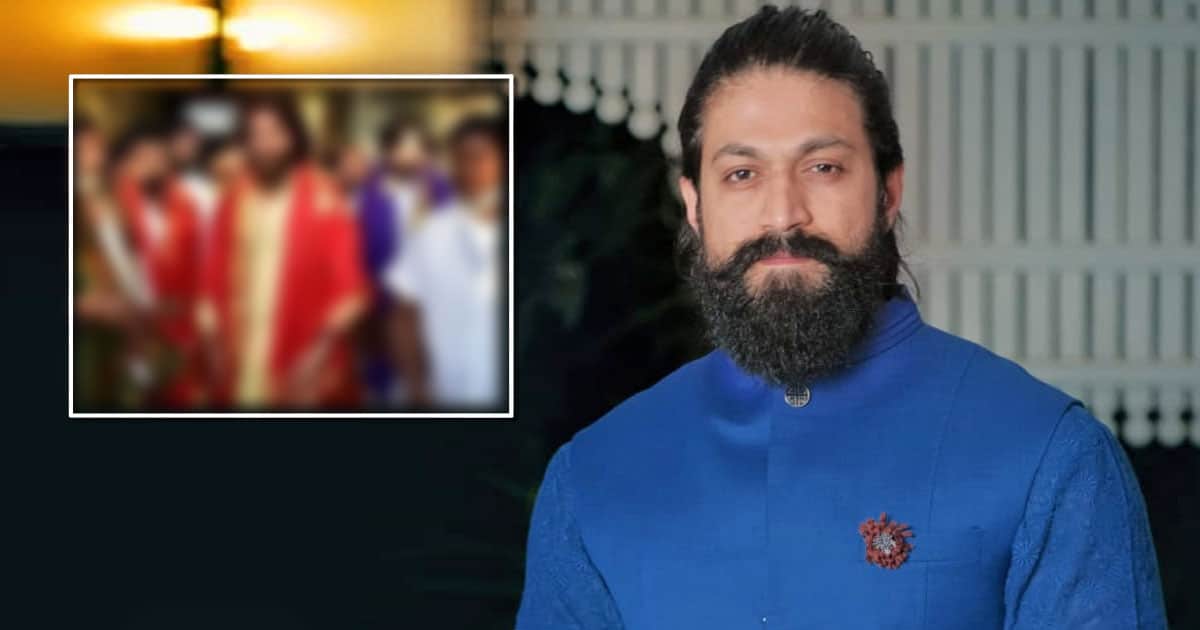 Actor Yash was a known prominent face in the South industry but it was KGF, that helped him gain a massive fan following, as Hindi speaking audience too loved his act in the action film. Meanwhile, a picture of the rocking star has been circulating on the internet and people claim that the actor has made a donation of Rs 50 Crore for the construction of Ram Mandir in Ayodhya. However, the reports have been finally debunked scroll down below to know the truth behind the viral post.

Born Naveen Kumar Gowda, the actor predominately works in Kannada films. For those unaware, the actor kick-started his acting career on the small screen later he made his big screen debut in the 2007 film Jambada Hudugi, followed by Moggina Manasu, Googly, Raja Huli, Masterpiece, and Santhu Straight Forward but he gained pan-India success after playing the role of Rocky Bhai in Prashanth Neel’s 2018 period action film and its sequel in 2022.

Coming back to the topic, a Facebook post featuring KGF star Yash was going viral recently where the user claimed that the rocking star made a generous donation of Rs 50 Crore for the construction of Ayodhya’s Ram Mandir. However, the post is fake as the actor hasn’t announced anything such. As per Free Press Journal, the pictures circulating is from April 2022, when the actor visited Tirupathi, before the release of Prashanth Neel’s KGF Chapter 2.

Most recently, fans of the rocking star was started trending #Yash54 as his last film made history by collecting Rs 54 Crore at the box office on an opening day.

Meanwhile, Yash hasn’t announced any new projects yet but recently there were reports that claimed the South superstar will be making an appearance as Rocky from KGF in Prashanth Neel’s Salaar featuring Prabhas in the lead role, however, there’s no confirmation regarding the same.

Must Read: 83 Fame Jiiva All Set To Make OTT Debut As A Host For Tamil Game Show- Deets Inside