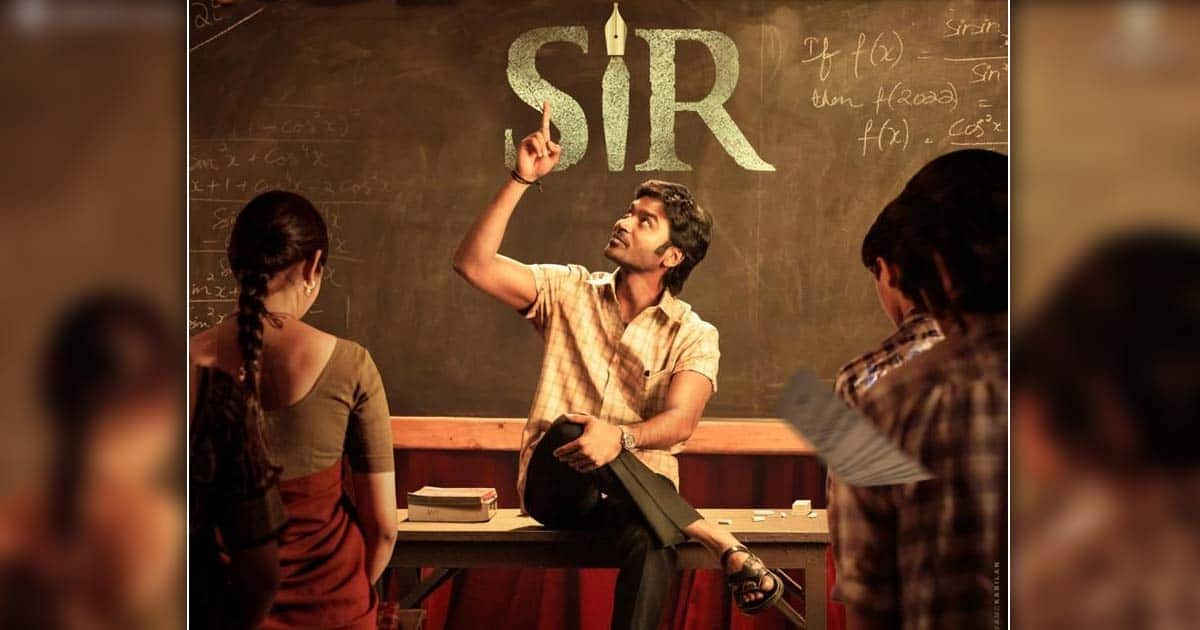 SIR/Vaathi will have grand release worldwide on December 2nd. Dhanush is in fine form with his last movie Thiru turning out to be a blockbuster. Moreover, the teaser of SIR/Vaathi that showed Dhanush as a Junior Lecturer was well received among all section of audience. The announcement poster sees Dhanush sitting on a table and showing his finger towards the release date.

The ambitious project Sir has some very talented craftsmen working for it. GV Prakash Kumar renders soundtracks for the movie, while Dinesh Krishnan B cranks the camera. Naveen Nooli and Avinash Kolla takes care of editing and production design respectively.