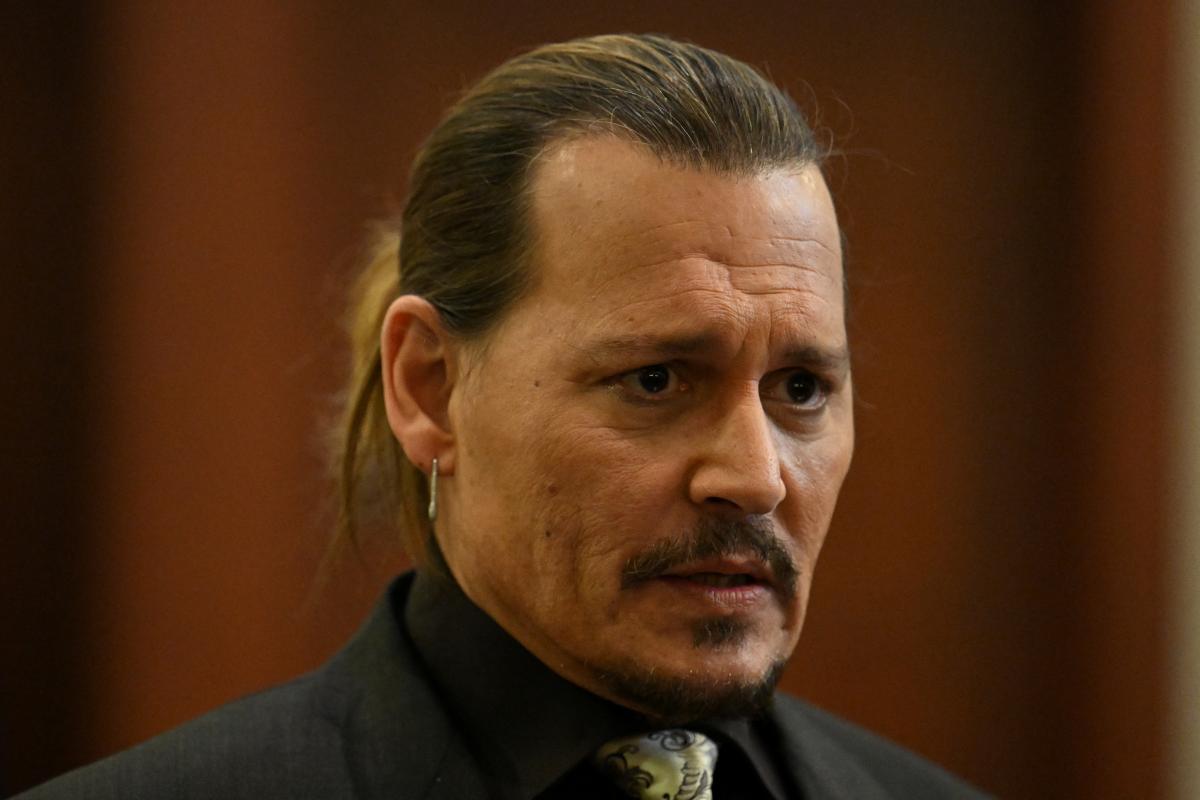 Actor Johnny Depp has testified that he never struck his ex-wife Amber Heard and was challenging her accusations in a defamation case to correct the public’s perception and stand up for his children.

Speaking softly and slowly for nearly three hours on Tuesday, Depp said in a Virginia courtroom that it was a “complete shock” about six years ago when Heard “made some quite heinous and disturbing” allegations that he became violent during their relationship.

“Never did I myself reach the point of striking Ms Heard in any way, nor have I ever struck any woman in my life,” said Depp, who wore a dark suit with his hair in a ponytail.

“I felt it my responsibility to stand up not only for myself in that instance but stand up for my children,” the Pirates of the Caribbean star said. His two children from a previous relationship were in high school at the time.

“It’s very strange when one day you’re Cinderella so to speak, and then in 0.6 seconds you’re Quasimodo,” added Depp, who is set to return to the witness stand on Wednesday, when he is expected to face a cross-examination from Heard’s legal team.

The 58-year-old alleges that Heard (35) defamed him when she penned a December 2018 opinion piece in the Washington Post about being a survivor of domestic abuse. He filed a $US50 million ($NZ73 million) lawsuit against Heard in 2018.

Attorneys for Heard, also an actor, have argued she told the truth and that her opinion was protected as free speech under the US Constitution’s First Amendment. In opening arguments, Heard’s attorneys said Depp physically and sexually assaulted her while abusing drugs and alcohol.

A state court judge in Fairfax County, Virginia, is overseeing the trial, which is in its second week and is expected to last for six weeks.

On Tuesday, Depp’s lawyers asked him about his movie career and his early interactions with Heard on the set of 2011 film The Rum Diary. Depp described her at that time as sweet, intelligent and funny.

Depp said his parents frequently argued and his mother physically abused her children. Depp said his father never fought physically with his mother but punched a wall as many as three times, once breaking his hand. His father left the family when Depp was 15, the actor said.

By that time, Depp had “done all the drugs I was aware of,” he said. He said he became addicted to opiates after he was injured on the set of the fourth “Pirates” film but recovered from that dependency.

Depp said Heard “grossly embellished” his substance use. “A lot of it is just plainly false,” he said. “I think it was an easy target for her to hit.”

Less than two years ago, Depp lost a libel case against The Sun, a British tabloid that labelled him a “wife beater.” A London High Court judge ruled he had repeatedly assaulted Heard and put her in fear for her life.

In the US case, Depp and Heard both submitted long lists of potential witnesses they may call, including Heard’s ex-boyfriend and Tesla TSLA.O chief executive Elon Musk and actor James Franco.

The United States is a difficult forum for libel plaintiffs, especially public figures like Depp, who must prove by clear and convincing evidence that Heard knowingly made false claims.

Heard, known for roles in Aquaman and Justice League, has brought her own libel claim against Depp, saying he smeared her by calling her a liar.

Heard’s counterclaim, seeking $US100 million in damages, will be decided as part of the trial.