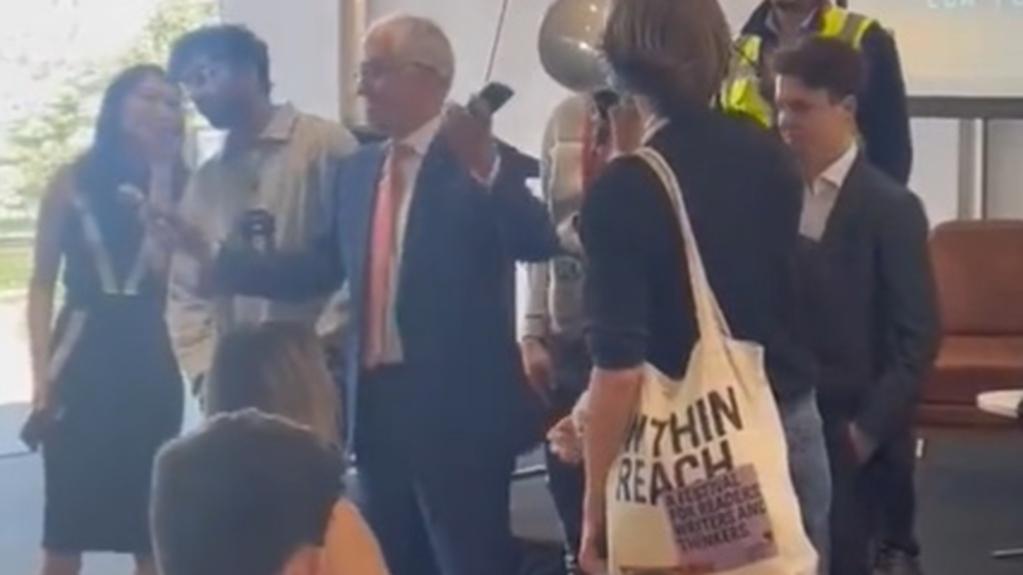 Former prime minister Malcolm Turnbull has been confronted by angry university students, including one who stood beside him and yelled through a megaphone.

Mr Turnbull was appearing at the Sydney University Law Society alumni speaker series on Thursday and was set to address an audience when he was interrupted by activists.

The protesters accused Mr Turnbull of being one of the “most damaging forces to higher education”.

“We will never let a former Liberal prime minister come here on campus and speak to students who he’s f****ed over so much,” one protester said.

During the lengthy awkward moment, Mr Turnbull appeared stunned, uncomfortably smiled and tried to respond via a microphone but was interrupted by the protesters.

At one point, he threw his arms up and appeared to shrug.

Mr Turnbull was eventually escorted out of the room by organisers and security.

As he walked out, protesters shouted: “Malcolm Turnbull, blood on your hands!”

It is understood Mr Turnbull’s address was moved online.