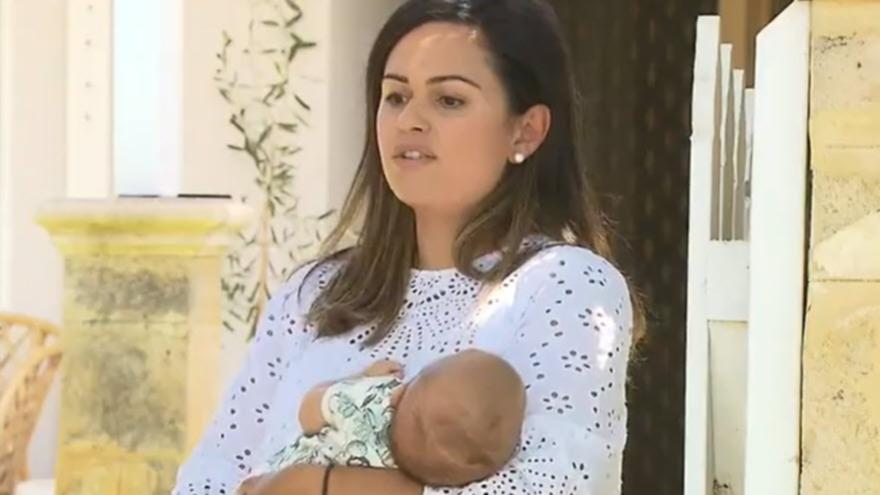 A Perth family fears their infant son and young daughter are infected with COVID-19 after an unvaccinated woman interviewed for a babysitting job a day before she returned a positive test.

Anna Ritchie welcomed the woman into her Winthrop home on Monday, where she cuddled and played with nine-week-old Ethan and three-year-old Charlotte.

The woman tested positive on Tuesday night and Ms Ritchie’s family was ordered to isolate a short time later.

To make matters worse, Ethan is recovering from a major surgery.

“A young girl got in contact with me (on social media) and said she’d been in Australia for two years and had experience,” Ms Ritchie told Nine News.

“About 45 minutes into the conversation she said I don’t know if you guys will mind, but I am unvaccinated.

“She divulged to us that she’d only recently arrived from Queensland three weeks ago and was staying in a hostel.”

That hostel, Fremantle’s Sundancer Backpackers, has since become a COVID exposure site.

Ms Ritchie said her family was now anxiously waiting their own test results.

She admitted she should have checked the woman’s vaccination status before agreeing to interview her and is speaking out to warn other families of the risk.

Unlike teachers and childcare workers, nannies are not included in WA’s vaccination work mandate.