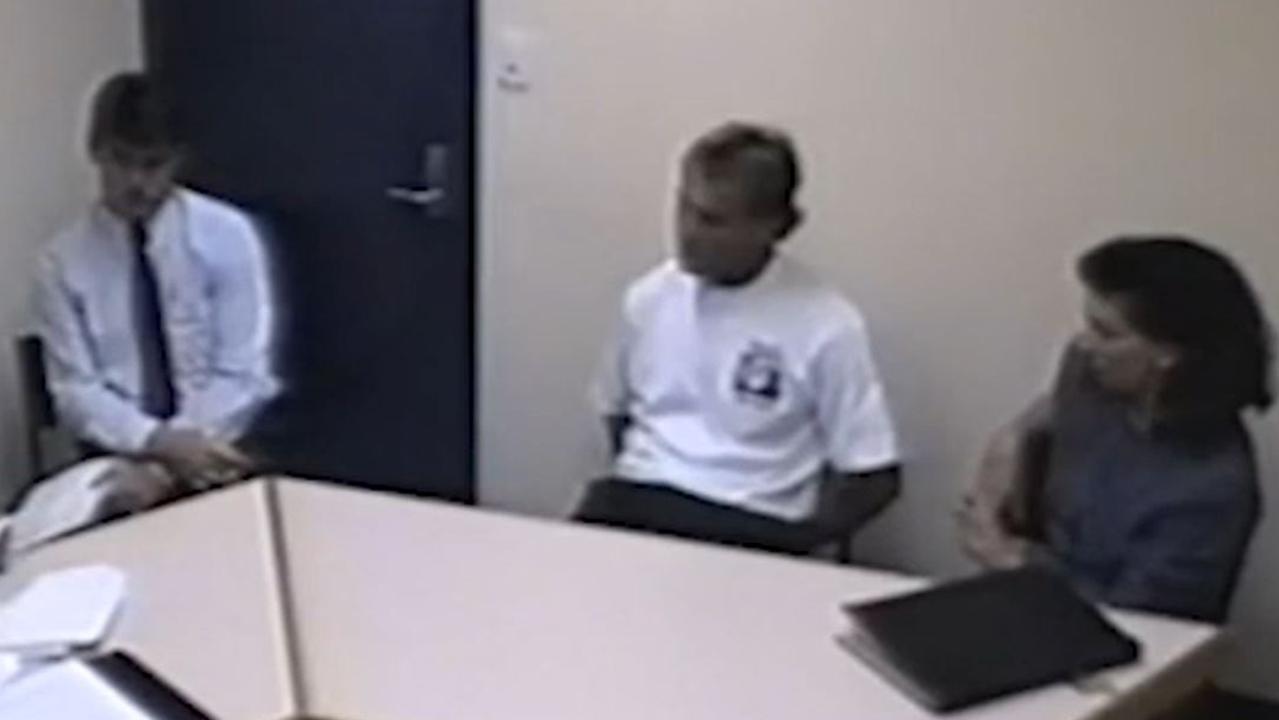 During his very first interview with police in 1991, Chris Dawson made some very peculiar claims about his wife’s disappearance.

Now, more than 30 years on, he has been found guilty of her murder.

Lynette Dawson went missing in 1982, but it wasn’t until nine years later that Dawson sat down with police for his first thorough interview following her disappearance.

“I was always prepared to be interviewed,” Dawson, then 42, told the Queensland detectives at the time.

“I’m sure you were,” responded one of the officers.

On Tuesday, the 74-year-old was led from the courtroom in handcuffs after being found guilty of murdering his first wife.

During the trial, a police interview between Dawson and two detectives in Beenleigh, south of Brisbane, was played in court for the first time.

During the clip, the former professional footballer made a number of claims that, in light of the NSW Supreme Court decision, are particularly unsettling.

In the video, filmed on January 15, 1991, Dawson, dressed in a white T-shirt, is seen sitting across from the detectives with his lawyer Pauline David – who was also his barrister during his trial.

Over the course of the one hour interview, Dawson recounted the days leading up to Lyn’s disappearance, even claiming he had spoken to her on the phone several times after she left their family home.

He told police they had been having marital problems in the lead up to her disappearance but had gone to counselling and believed “things were going to work out”.

Mr Dawson claimed the last time he saw his first wife was when he dropped her off at Mona Vale bus stop on the morning of January 9, 1982.

He told police the first phone call he received from Lyn was that afternoon at the Northbridge Baths, where he was working part-time as a lifeguard.

He said she told him “she needed time away” and “she’d ring me in a few days’ time after she’d had time to sort things out”.

“The following few weeks I had similar phone calls from Lyn, more STD calls saying that she needed extra time,” Dawson said during the police interview.

“Then after about the third phone call she said she ‘needed a lot more time’, she didn’t know if she would be returning to me.”

During the interview, Dawson admitted it was “extremely strange” that she only contacted him and not any of her family or friends.

He said he was “at a loss” to explain why she hadn’t contacted anyone else during that time and said her disappearance was “extremely out of character”.

“That’s why I believed at the time (Lyn’s absence) would be for a very short period of time,” he said.

He told the police he was “very anxious” for his wife to return so they could “work things out”.

Dawson said he asked his police friends, including Lyn’s brother Greg Simms, to help him track her down.

At the end of the 1991 police interview, one of the detectives asked Dawson if he thought it was strange that Lyn would have abandoned her two young children and vanished.

“I find it extremely hard to accept as well,” Dawson said.

“I guess that perhaps she had a nervous breakdown or that she was, she was an intelligent lady so I couldn’t see her being brainwashed by any sect or anything.

“So I’m at a loss to explain why she hasn’t contacted her family.”

Justice Ian Harrison described Dawson’s descriptions of the phone calls as “lacking in context” and “pregnant with cliche”.

He also said it was doubtful that a woman who had decided to flee her home would only contact the man who was responsible for her departure.

He said his version of events was contradicted by the diary of a girl who worked at the baths who said the pool’s owner was not present on that day.

“I am satisfied beyond a reasonable doubt that Lynette Dawson never telephoned Mr Dawson after 8 January, 1982,” Justice Harrison said.

“That reinforces other circumstantial evidence that leads me to conclude that Lynette Dawson did not leave her home voluntarily.”

Justice Harrison found that Dawson displayed a “consciousness of guilt” by making several false statements about the circumstances around Ms Dawson’s disappearance.

Dawson appeared in the NSW Supreme Court on Thursday, two days after being found guilty of Lyn’s murder.

His lawyer Greg Walsh had previously flagged the prospect of making a bail application as he awaits sentencing proceedings but on Thursday said he would not apply for the 74-year-old to be released.

Under the state’s tough new bail laws, offenders facing the likely prospect of being jailed must prove “special” or “exceptional circumstances” in order to be bailed in the time between being convicted and their sentencing.

Outside court, Mr Walsh said there was “no point” to a bail application because it was “doomed to fail”.

Dawson’s sentencing date has been set for November 11. He is currently being held in Silverwater Prison.