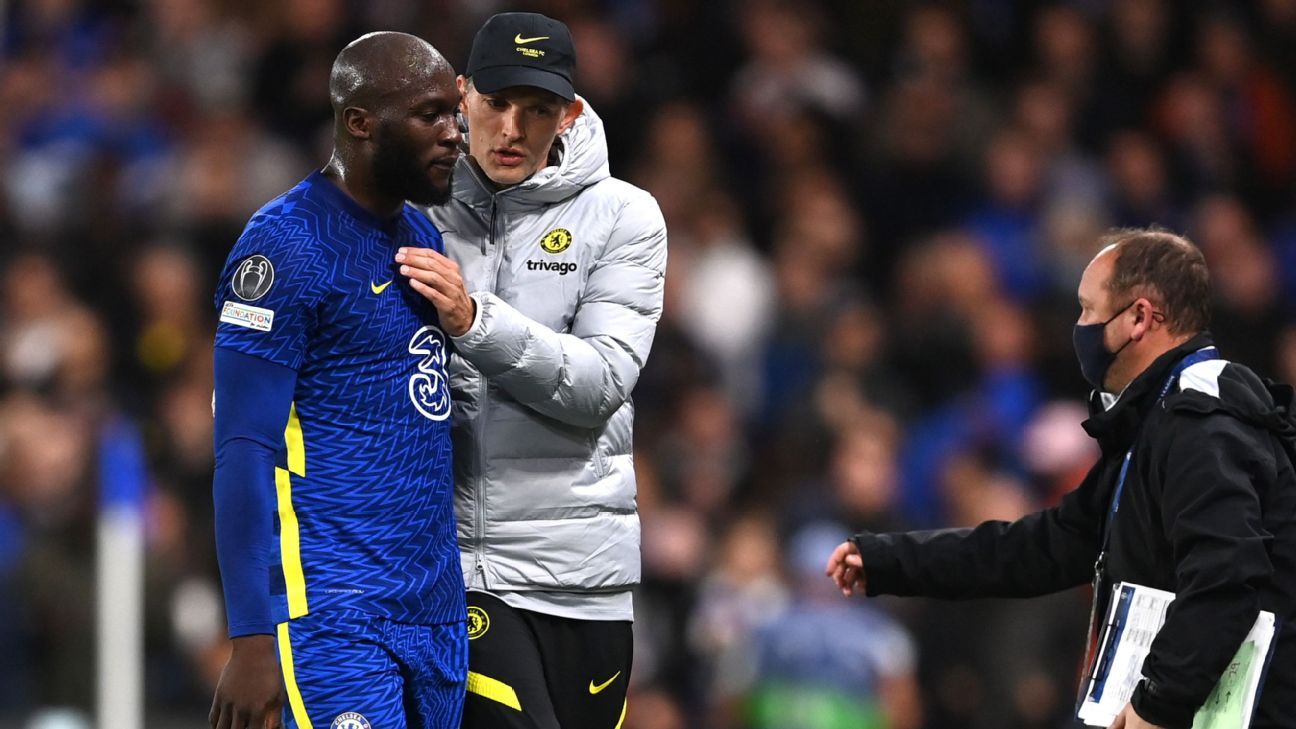 Chelsea boss Thomas Tuchel believes “now is not the time to laugh or make jokes” about Romelu Lukaku as the Belgium striker continues to struggle with his form.

Lukaku touched the ball just seven times in Saturday’s 1-0 win at Crystal Palace, the fewest number for a Premier League player appearing for 90 minutes in a match since records began in 2003.

The 28-year-old has scored just 10 goals in 28 games since his €115million arrival from Inter Milan last summer in a troubled campaign during which Lukaku has contracted COVID-19, battled injury and paid a hefty fine after conducting an unsanctioned interview in which he spoke about a desire to one day return to Italy.

Asked about Lukaku’s difficulties at a Tuesday news conference to preview Chelsea’s Champions League round-of-16, first-leg tie against Lille, Tuchel began with a throwaway remark before appearing to correct himself.

“What can I do? I don’t know,” Tuchel said with a chuckle. “Well… now we have to deal with it. The data is out there and the data speaks a certain language. He was not involved in our game.

“It is sometimes like this with strikers if they struggle a bit with self-confidence, if they struggle a little bit to find the space and to get involved against a good defensive side. It can be like this and it is of course not what we want and of course not what Romelu wants. But it is also not the time to laugh about him and make jokes about him. He is in the spotlight of course and we will protect him because he is our player.”

Tuchel believes the absence through injury of his preferred wing-backs — Ben Chilwell and Reece James — has had an impact on the potency of Chelsea’s attack.

But Lukaku’s travails are nothing new: Andriy Shevchenko, Fernando Torres and Alvaro Morata are just three examples of expensive strikers suffering under the weight of expectation at Stamford Bridge in recent years.

“There is even a history of strikers struggling a little bit at Chelsea so it is not the easiest place in the world for strikers, obviously,” Tuchel said.

“I don’t know exactly why it is like this but obviously it is like this. In my opinion, Chelsea is a team that is also considered a strong defensive team, a physical team and this has a certain attitude and grit in playing competitive football.

“We demand a lot from our strikers in terms of defending. We want to be a physical, hard-working group that is not shy to make it a physical game and not only a skillful game. That maybe plays a part, yes.

“We have many games where we have created many chances, many deliveries and struggled a bit in the conversion. Now at the moment there is a bit of time where we struggle to create too many big chances for our strikers. This is maybe also a normal period in a long season.

“Of course, every style changes with long-term injuries of key players. We played many games, the majority of the games in a back three with wing-backs and two of the key wing-backs are Reece and Chilli who got injured at a key level.

“They had a huge impact into our game offensively and defensively regarding Romelu, of course also offensively, with their runs, their speed, their penetration, their deliveries. Of course, this changes.

“We are not the only team where players have this huge impact and in a formation that we play, the wing-backs are crucial and are like a crucial position to influence the game. But still, we can also play and win games without any player. This is our job and this is what we want to do.

“When we have injuries and corona[virus] cases, it is on me to adapt and find solutions. Romelu will always be part of the solution.”