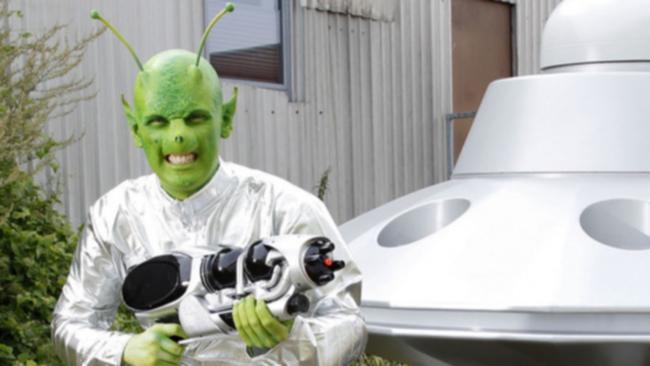 Religious scholars claim that there are several parallels between UFO sightings and “demonic encounters” as they seek to explain to worshippers why there is no suggestion of alien existence in religious texts.

Catholic theologian Dr Paul Thigpen said that NASA’s probe into UFOs suggests that officials “know a lot more than they are telling”.

He said: “The diabolical hypothesis – that they are demons – best accounts for some reports, especially some of the so-called ‘alien abductors’ that demonstrate clear parallels with what the Church knows as demonic encounters.”

The theory was also proposed by the late Archbishop Chrysosostomos of Etna who said “ultimately one cannot escape the conclusion” that alien abductors are “demons or phantoms created by demonic power”.

If these musings prove correct, we have an imminent battle of good against evil on our hands of ‘Steven Spielberg” proportions.

At least, according to psychic Uri Geller.

Geller, who is famed for his spoon-bending ability, last year claimed aliens are preparing to “make contact” with the human races.

Moreover, he says there is “no doubt” extraterrestrials exist and that UFOs have been visiting Earth secretly for thousands of years.

Which would explain The Exorcist.

The mystifier believes that aliens will make a Hollywood arrival on Earth and suggested they could even land at the White House.

Geller told The Sun Online: “I think they are studying us. I don’t know what they really want.

“But I think they are preparing us for contact for the Steven Spielberg scenario of landing and it’s going to be spectacular.

“They will probably land on the White House lawn or somewhere. All our science fiction films about alien encounters will come true.”

Geller even predicted that the alien arrival could happen within the next 100 years.

The Israeli-born psychic said: “I don’t think we are talking about thousands or even hundreds of years. If I had to guess, a rational and logical guess, I would say 60 to 75 years it’s going to happen.”