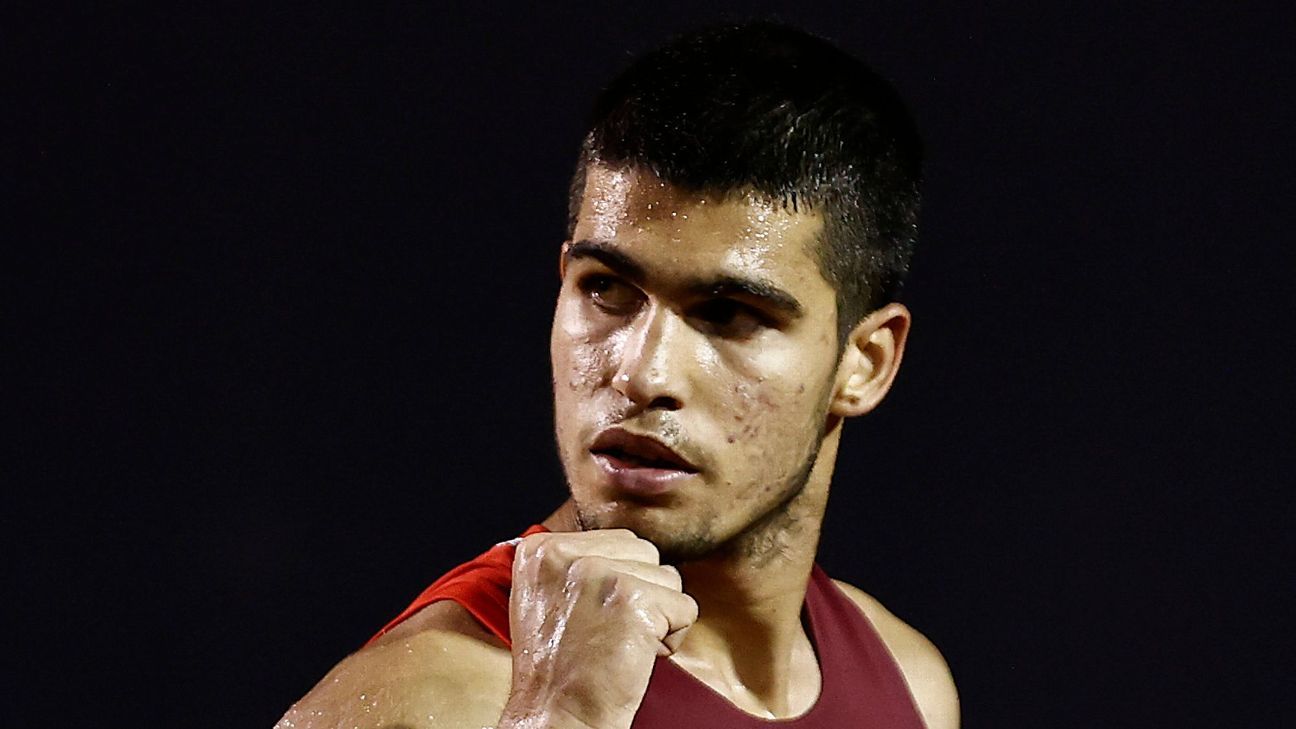 LONDON — Carlos Alcaraz moved up to No. 9 in the ATP rankings on Monday, a little more than a month before he turns 19, making him the youngest man to break into the top 10 since Rafael Nadal did it exactly 17 years ago.

Alcaraz rose two spots after winning the Barcelona Open on Sunday. He beat Pablo Carreno Busta 6-3, 6-2 in the final.

At 18 years, 11 months and 20 days old, Alcaraz is the ninth-youngest man to reach the top 10 since the computer rankings began in 1973. His fellow Spaniard Nadal was about a month younger when he climbed into the top 10 on April 25, 2005, after a title on Barcelona’s clay.

The youngest man to crack that elite level on the ATP Tour was Aaron Krickstein, who was 11 days past his 17th birthday when he made his debut in the top 10 in August 1984.

Alcaraz is tied with Nadal for the most ATP titles in 2022 with three; his 23 match wins are second behind only Stefanos Tsitsipas, who has 24 victories this season.

Novak Djokovic remained at No. 1 after finishing as the runner-up to Andrey Rublev in the Serbia Open, with Daniil Medvedev still at No. 2, Alexander Zverev at No. 3 and Nadal at No. 4.

Nadal, owner of a men’s-record 21 Grand Slam singles championships, has been in the top 10 every week since he first got there.

The only changes in the WTA top 10 involved Paula Badosa‘s rise to a career-high No. 2, behind No. 1 Iga Swiatek. Badosa moved up one spot, switching places with 2021 French Open champion Barbora Krejcikova, who dropped to No. 3.