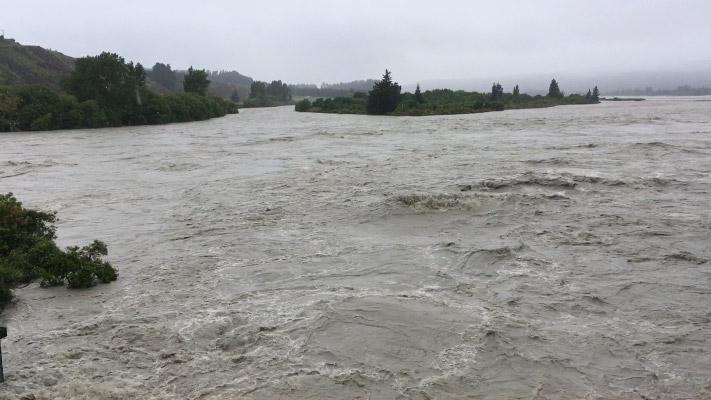 A flash flood in a small settlement south of Christchurch has damaged more than three houses overnight.

“With the Rakaia River being so low, the shingle has built up at the mouth and with the flush that went through yesterday … it’s come into the lagoon and round the back of the houses, flooding at least three,” he said.

Lawn said the water has since receded but some homes have had extensive damage.

“At least one couple will be out for a while so we are just working with the Ministry of Business, Innovation and Employment’s temporary accommodation people to see how we will help accommodate these people. Selwyn District Council will sort that out, in the short term anyway.”

Locals did a brilliant job of responding to the flood, he added.

“The local community response team and Fire and Emergency team did a great job [of evacuating people], so all credit to them.”

Environment Canterbury and Civil Defence staff are continuing to assess properties this morning.

They will also investigate the cause of the flood and what can be done to reduce the risk of another happening.

A build up of shingle in the river and heavy rain in the high country is thought to have caused the flooding, Lawn said.

Meanwhile on the West Coast, State Highway 6 to Westport through the lower Buller Gorge is closed due to a slip at Inangahua.

Motorists can detour through SH69 to Reefton, SH7 to Greymouth or SH6 to Westport.

There is also a boil water notice in place for Inangahua residents after E coli was detected in the town’s water supply.

Testing of the water is underway.

A shop owner near Greymouth yesterday had to deal with half a metre of water through her store after flash flooding.