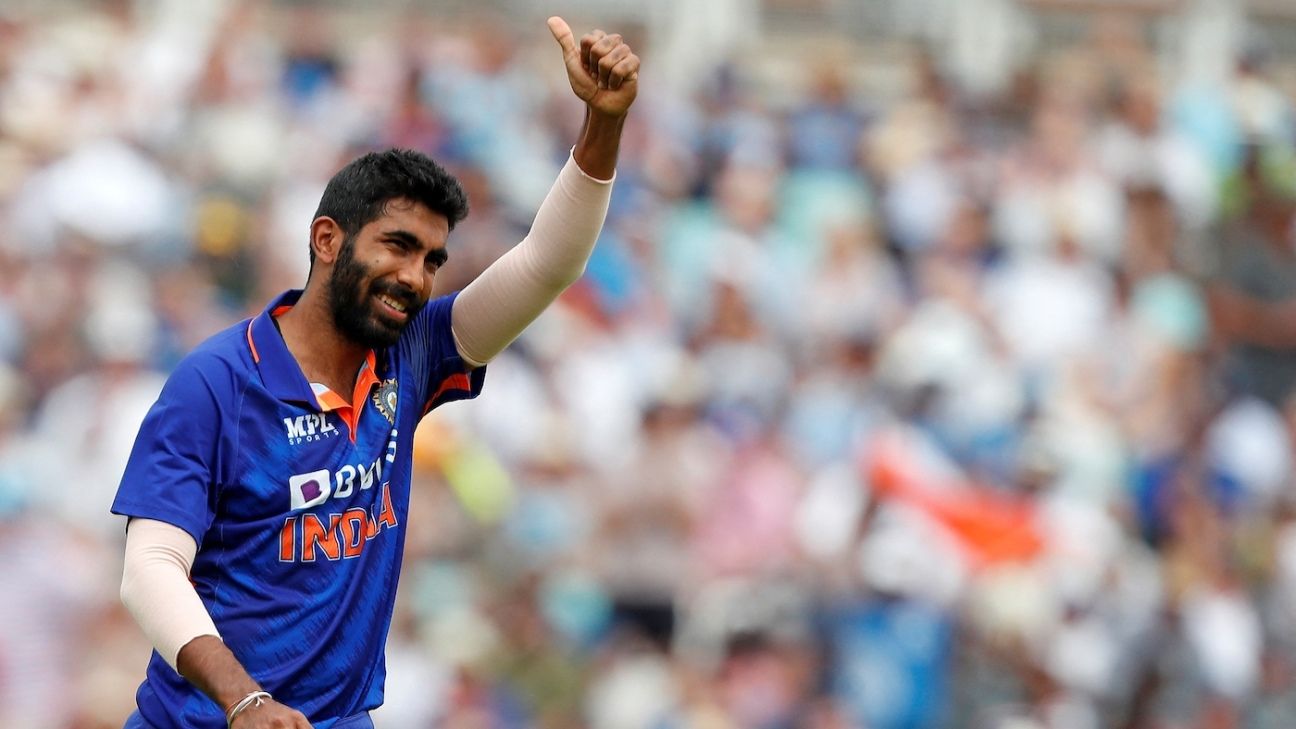 India will have a full-strength fast-bowling attack to take to Australia for the T20 World Cup with the return of Jasprit Bumrah and Harshal Patel.

They’ve also placed a considerable amount of trust in young Arshdeep Singh, who only made his India debut in September 2022, but has been picked ahead of the likes of Deepak Chahar and Mohammed Shami, who only find a place in the reserves.

India have, over the past 18 months, been investing heavily in super specialists. Arshdeep fits into this category having displayed exceptional skills as a death bowler in the IPL. In fact, last season, with a minimum of 40 balls bowled between overs 17 and 20, only Bumrah managed a better economy rate than the 23-year old left-arm quick. And that too by a mere 0.2 points: 7.38 vs 7.58.

A lot of the squad picked themselves, including the top four of Rohit Sharma, KL Rahul, Virat Kohli and Suryakumar Yadav. India then turned to their allrounders with Deepak Hooda‘s ability to provide a few overs of offspin pushing him into the main squad ahead of other contenders like Shreyas Iyer, who only found a place among the stand-bys.

Hooda is another of the bolters in the squad. He too played his first game for India in 2022, following a breakout season with Lucknow Super Giants for whom he made 451 runs at a strike rate of 136.66. Although his sample size is smaller – nine innings as opposed to 14 in the last IPL – in international cricket, he has pushed that strike rate up to 155.85.

Hooda’s presence may also have become necessary with India losing Ravindra Jadeja to a knee injury. Axar Patel takes over the role of lead left-arm spinner in the squad but it remains to be seen if that means he gets a place in the India XI. At the Asia Cup, where Jadeja picked up the injury, the team management preferred Hooda’s batting ability over Axar’s.

Dinesh Karthik, meanwhile, has forced the selectors to make his “dream come true” by taking his game as a finisher to a whole new level. At IPL 2022, where he first began to make his case for inclusion, he had a death-overs strike rate of 220. Among batters who faced at least 50 balls between overs 17 and 20, only Jos Buttler (236.53) fared better. Karthik has shown sparks of the same ability in India colours as well, notably against West Indies when he came in to bat in the 15th over, with the score only 127 for 5, and took it up to 190 for 6. This just a month after he broke a three-year drought between T20I appearances in June.

India can also bank on Bumrah’s all-round game as a bowler and Harshal’s variations in the middle-overs and at the death now that they have recovered from back and rib injuries respectively.

Shami returns for home T20Is against Australia and SA

While most of India’s players have recent cricket to back them up, one of their reserves seems to have been picked based on reputation (and a solid one at that). Shami has not played anything since the end of the white-ball series against England in mid-July, but has been called up for the home T20Is against both Australia and South Africa that start on September 20 and has been placed on standby for the T20 World Cup.