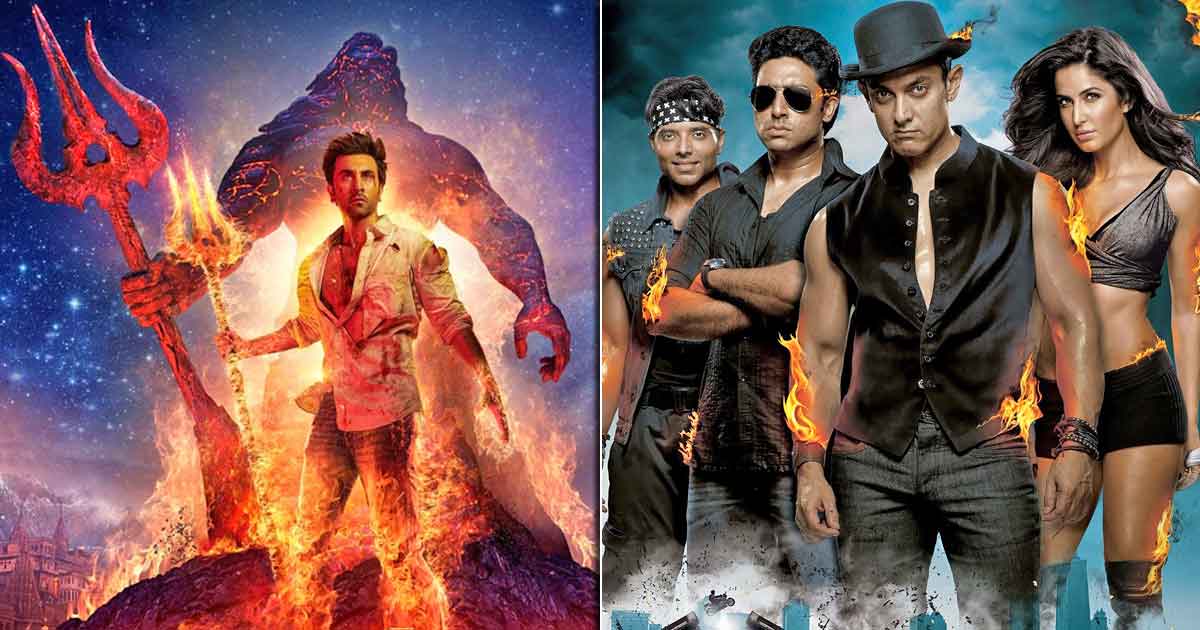 Alia Bhatt and Ranbir Kapoor starrer Brahmastra, helmed by Ayan Mukerji was released in the theatres on September 9 and is getting good numbers from all across the nation and world. However, now we stumbled upon a report that stated Brahmastra has beaten Dhoom 3 in the opening record collection. Scroll down to read the scoop.

Brahmastra is a fantasy action drama starring Amitabh Bachchan, Mouni Roy, Nagarjuna, along with Alia and Ranbir. It also features other actors in important cameo roles. One of the most awaited films of 2022 has been finally released, and it’s seeing a major footfall in the theatres.

As per trade reports, Ranbir Kapoor and Alia Bhatt starrer Brahmastra has earned in the ballpark of 6 crore, beating Dhoom 3 in the opening record collection in Andhra Pradesh & Telangana. Ayan Mukerji’s film has created a record for Bollywood, and we can’t be more proud of! Reportedly, Aamir Khan’s Dhoom 3 had earned around 4 crore on it’s opening day in Andhra Pradesh & Telangana.

A while back, Karan Johar took to his Instagram handle and shared a picture mentioning that Brahmastra has earned Rs 75 crore on it’s first day world wide and even revealed that he can’t control his excitement for it. Well, we can’t either! Sharing it, he wrote, “Humbled… Grateful…but yet can’t control my excitement!”

Have you watched Brahmastra yet? If yes, let us know your opinion about the movie in the comments!