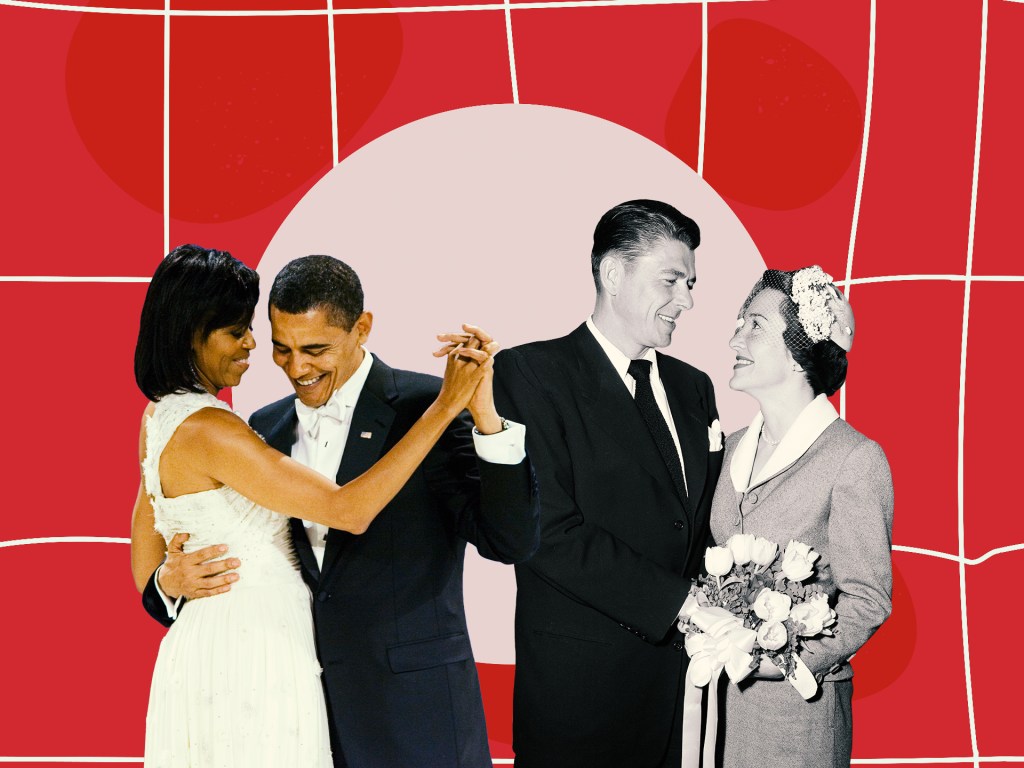 Most love stories sound a little different depending on who’s telling it. But when you’re in the public eye as, for example, a top-ranking government official, you learn to get your how-we-met story down to a science with your spouse. In recent decades especially, presidential candidates have used their home life, marriage, and story of how they met their partner as a way to connect the public to their human side and give a sense of what they’re about on a personal level. Over the years, we’ve fallen in love with the love stories behind President Joe Biden and Dr. Jill, Barack and Michelle Obama, or JFK and Jackie Kennedy. And it seems as though a history of bold romantic gestures goes back almost as far as the presidency itself.

When it comes to current President Joe Biden, his love story with Dr. Jill Biden is so well-known in part because the tragedy that preceded it is so well-known: the death of first wife Neilia and their 1-year-old daughter Naomi years before he met Jill. But it’s also well-known because of its larger-than-life, boombox-in-a-window show of devotion: Joe proposed five times before Jill accepted, much like Barack Obama had to prove himself to convince Michelle to go on date with him. When they did finally go out, a date turned into all day spent together: just like the Reagans’ first date, and the Johnsons’ too.

Becoming President of the United States is no small task to embark upon with a life partner, and these marriages point to the bonds that made much of American history possible. “Coming home to Nancy was like coming out of the cold into a warm room with a fireplace,” Ronald used to say of Nancy Reagan.

Read on for the best presidential love stories this country has seen.