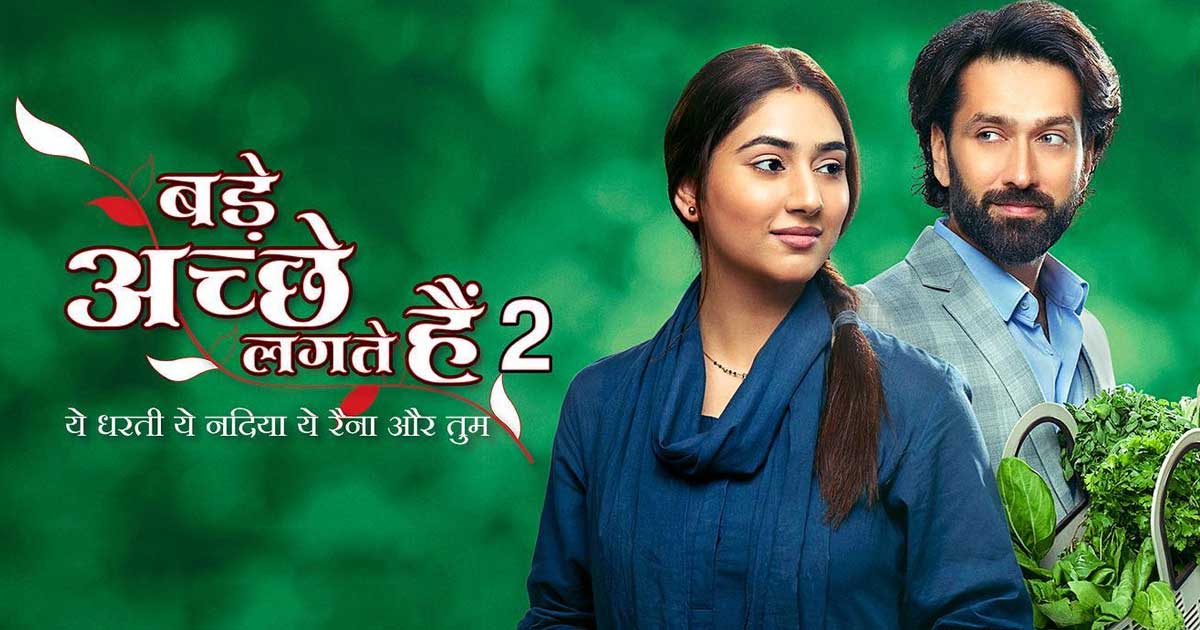 Nakuul Mehta and Disha Parmar starrer one of the loved television shows second part, Bade Achhe Lagte Hain 2 is not receiving the amount of TRP they had planned. Ram and Priya had once again graced our televisions, and even though Nakuul and Disha’s chemistry was a hit, the show didn’t pick up among the audience. The plot was not very enticing.

Now, the TRP charts of Bade Achhe Lagte Hain is dropping low, and the show is struggling to get a top spot in the list. This is the reason why the makers are deciding to take the shots. Read below to know more about it!

Now a close source to the show revealed to Bollywood Life that the makers of the serial are planning to cut down the budget of the massive set and that the show will be shot in a much smaller set. The insider further mentioned that they are planning to curb the cost by reducing the screen timing of the secondary characters of the show like Anjum Fakih (Priya’s sister) and a few more. The producers are trying to run the show within bare minimum cost.

Well, the main reason of the lack of TRP in Bade Achhe Lagte Hain 2 is because of the overly cliched plot. Where the audience want to see Ram and Priya together, there the makers are always making them get separated for one reason or the other.

Well, in all of this, we can hope that the makers will now focus on writing better plots for the show. Currently, the show’s track is all about Pihu’s custody!

What are your thoughts about it? Let us know in the comments.

Must Read: Shweta Tiwari Talks About How Things Have Changed Over The Years As Daughter Palak Tiwari Makes Her Bollywood Debut: “Their Journey Begins By Handling Trolls”