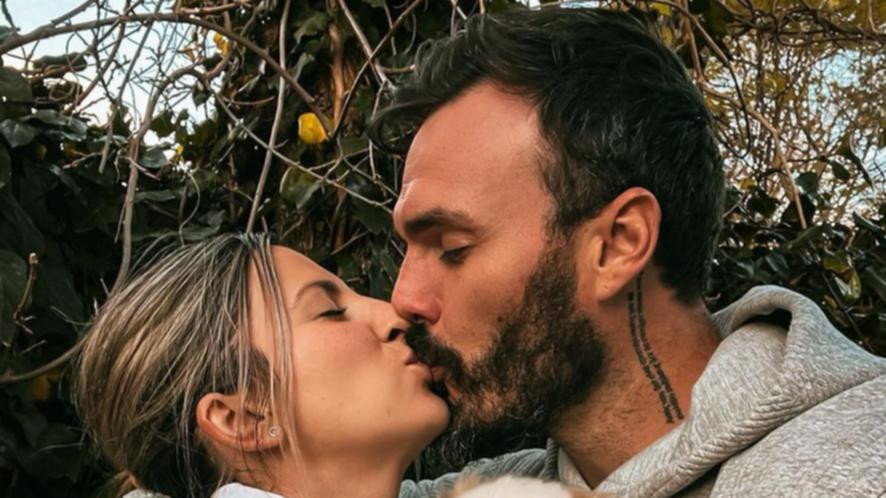 Bachlelor sweethearts Locky Gilbert and Irena Srbinovska have announced a new addition to their family.

The WA-based reality stars broke the happy news to their combined Instagram following of more than 260,000 fans.

Posing with their puppy, they hugged and revealed the adorable name for the pooch.

And the engaged couple have already started an Instagram account for their new pet, which had more than 600 followers just hours after the announcement was made.

The new addition comes almost two years to the day since Gilbert chose Srbinovska as the winner of his season of Bachelor.

“In just two short years we have gone through so much together, grown so much stronger and fallen even more in love,” the nurse wrote.

“Now we are living in our home with Odin and planning a wedding. Love you more than I can describe baby, you make me so happy & I know that I am exactly where I was meant to be all along, you were worth the wait.”

Last month, the couple announced their engagement, with Gilbert proposing on holiday at Mackenzie Falls in Victoria.