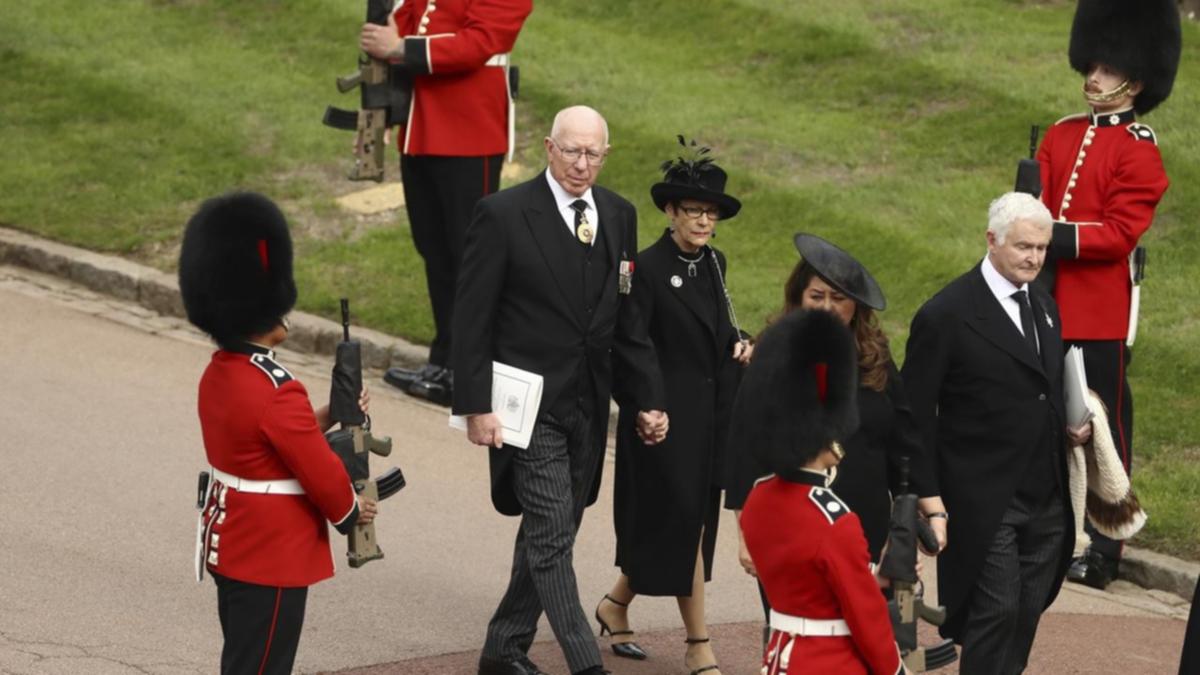 Australians have watched live telecasts of the Queen’s funeral service at Westminister Abbey and have a day of mourning this week to pay their respects to the long-reigning monarch.

Thursday has been declared a one-off public holiday when a national memorial service will be broadcast from Parliament House in Canberra.

All state and territory leaders, as well as justices of the High Court, will attend the service.

On Monday night Australian time the Queen’s body was taken from London’s Westminster Hall to Westminister Abbey for a funeral service attended by many world leaders, including Australian Prime Minister Anthony Albanese.

A committal service was held at St George’s Chapel at Windsor following the funeral.

In Sydney, mourners filled the pews at St Andrew’s Cathedral to watch the live screening of the funeral, following a solemn choral service and 45 minutes of bells ringing.

People in the church stood as footage showed the Queen’s coffin being carried into Westminster Abbey, thousands of kilometres away.

Simon Perdriau, who attended the service, said: “I’ve been crying for the last 10 days, and I’ll cry tonight as well.”

Mr Albanese was among more than 2000 people attending the funeral, and was joined by Governor-General David Hurley and a small delegation of Australians.

Australian horse trainer Gai Waterhouse was also among the mourners at Westminster Abbey.

Mr Albanese said he and Opposition Leader Peter Dutton would give short tributes to the late monarch at Thursday’s memorial service.

Australian Idol star Anthony Callea will perform at the service.

Protocols set in place dictate that the national day of mourning will be held the day after the prime minister and governor-general return from the UK.

When parliament returns on Friday, politicians will have the opportunity to express their condolences to the royal family.