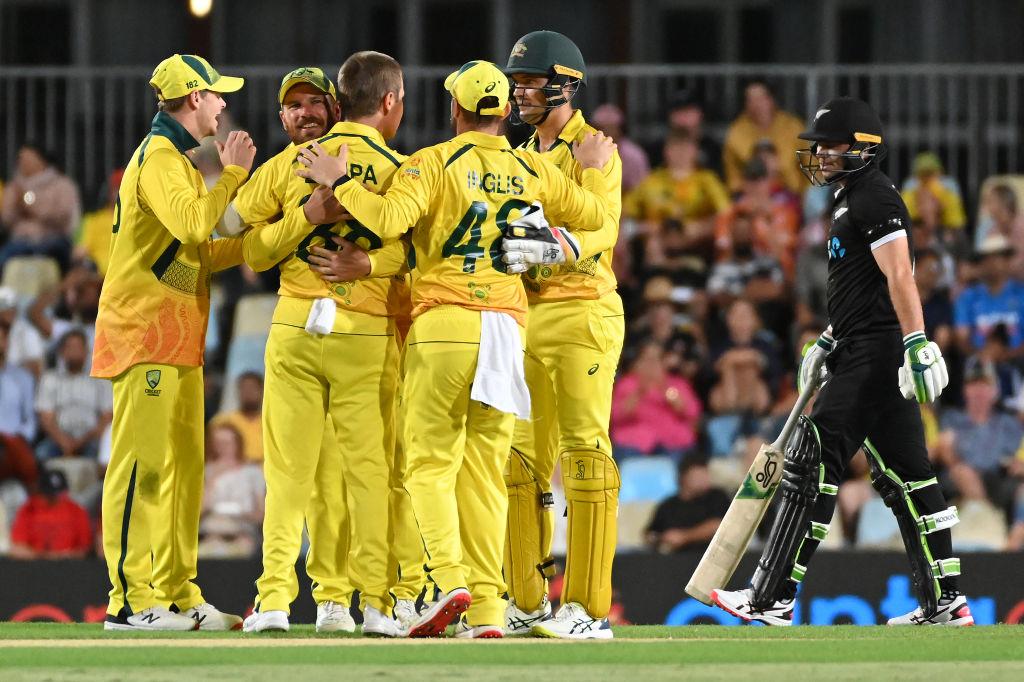 Australia have wrapped up a 3-0 series whitewash over New Zealand in the Chappell-Hadlee Trophy after defeating the Black Caps by 25 runs in Cairns.

The Black Caps once again struggled with the bat, attempting to chase down 268 for victory. No batsman was able to pass the half-century mark against the Australian bowling attack. In fact, New Zealand leave Australian shores with no half-centuries from the whole series.

Skipper Kane Williamson, who struggled to find his range with the bat all series, conceded his side were thoroughly outdone by their much lower-ranked rivals.

“Australia really showed their quality. They’ve done that throughout the series, they’ve outplayed us in a number of areas and certainly, in moments where the game swung, they’ve sustained that pressure and we haven’t been able to reverse it so, they thoroughly deserve their series win,” the Black Caps skipper told Sky Sport in his post-match interview.

“For us, there were glimpses, there were moments, but we didn’t quite take them far enough so, frustrating. But at the same time there’s a lot to learn from a quality opposition like this Australian side.”

Earlier in the match, a century partnership between Steve Smith and Marnus Labuschagne lifted Australia from a precarious early position to reach 267-5 from their 50 overs.

Smith scored his first ODI century in nearly two years and Labuschagne made a half-century as the hosts recovered from losing two early wickets, including captain Aaron Finch cheaply in the veteran opener’s final ODI before retiring.

The 35-year-old was given a standing ovation by the modest crowd at Cazaly Stadium as he walked off for the final time in ODIs.

Trent Boult was once again imperious at the top of the Australian innings, taking the wicket of Josh Inglis as part of a six-over spell that conceded just seven runs and included three maidens.

Tim Southee was almost as good. He quickly ended any chance of Finch finishing his ODI batting career on a high, clean bowling the outgoing veteran for just five.

However, those two early wickets led to the arrival of Smith and Labuschagne and they approached their partnership in intelligently-circumspect style, which paid off over the course of the next 28 overs.

The pair added 118 runs to the Australian scoreboard and, with Labuschagne’s departure for 52 at the hands of Lockie Ferguson, it left the home side poised for a solid finish at 134/3 with just over 15 overs to play.

There was no break in momentum as Alex Carey joined Smith in the middle and looked at ease against an ageing ball.

The 43rd over saw Smith bring up his 12th ODI century, from 126 deliveries, and the team’s progression past the 200-run mark – a barrier not threatened by either side on Thursday at the same ground.

Smith (105) lost his wicket to Mitchell Santner the next over as he charged down the pitch and missed a straight one in an attempt to lift the run rate at the death.

The loss of Smith did nothing to hamper the Aussie batting cause as Carey (42*) combined with Glenn Maxwell (14) and Cameron Green (25*) to score 54 runs from the final five overs to post what was a positively daunting total of 268 for the Black Caps to chase.

The fresh opening partnership of Devon Conway and Finn Allen started promisingly and positively as they combined for 49 runs from the first 8.4 overs, before Sean Abbott entered the attack and dismissed Conway (21) in his first over via a loose shot outside his off stump.

Three overs later Allen (35) departed via another sloppy shot and all of a sudden the bright start was seriously dimmed.

Tom Latham (10) and Daryl Mitchell (16) both got starts and fell to poor shot selection before Williamson was needlessly run out for a form-less 27.

That left New Zealand sitting at 112/5 after 28 overs and staring down another humiliating loss.

James Neesham (36) and Glenn Phillips had other ideas as they played with boundless positivity as part of a 61-run partnership from 58 balls that began to give Black Caps fans some hope of victory.

After a shaky start to his innings, Santner settled in nicely and formed another positive combination with Phillips that had New Zealand requiring 46 runs from the final five overs, with four wickets in hand.

The 46th over saw Phillips (47) sky a pull shot to Abbott at deep square leg who took what turned out to be a match-winning catch, after juggling the ball as he danced over the boundary rope and back.

Abbott was in the action five balls later, inducing Santner (30) into a lofted drive straight to Green at long off and any hopes of a late fightback were dashed.

In the end, New Zealand were dismissed with one ball left to play and 25 runs short of the mark.

Australia have now not lost to the Black Caps in ODI cricket since February 2017 and this series victory cements the side’s clear psychological advantage over their transtasman rivals.