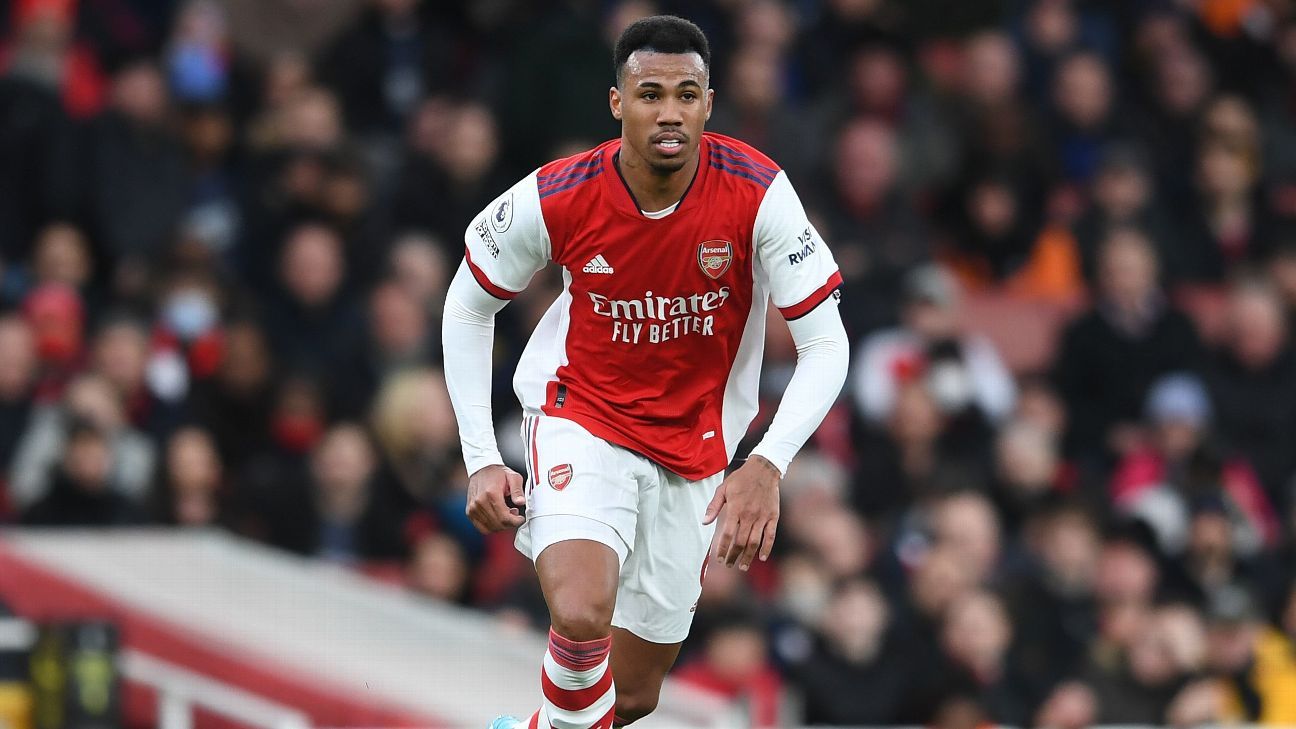 The summer transfer window is here, and there’s plenty of gossip swirling about who’s moving where. Transfer Talk brings you all the latest buzz on rumours, comings and goings and, of course, done deals!

With De Ligt soon expected to make the move to Munich for an €80 million fee, Juve must now invest in defensive reinforcements as they look to form a new backline after Giorgio Chiellini‘s exit to LAFC earlier this summer.

Arsenal defender Gabriel is on their wanted list alongside Torres, with the latter also on the radars of Tottenham Hotspur and Manchester United. Gabriel could be a tricky signing, however, with Arsenal apparently unwilling to negotiate for a player they see as a key part of their plans, while Torres is believed to be the most expensive transfer option at around €50m.

Also on the list are Fiorentina‘s Nikola Milenkovic and Torino star Bremer. While Bremer looked odds-on to join Internazionale for a fee of around €35m, Juve could now jump ahead of their rivals.

The most cost-effective option for Juve could be Serbia international Milenkovic, who is available for just 20m.

Moore, 25, made 101 appearances across all competitions for Tenerife in the past three seasons. He has signed a contract through the 2025 season, with an option for 2026.

“Shaq has all of the positive attributes that we look for on both sides of the ball, as well as on and off the field,” Nashville SC General Manager Mike Jacobs said. “He has the ability to be a key contributor in our group, and we are so pleased to have him join us here in Nashville.”

15.40 BST: Bayern Munich’s Alphonso Davies has told ESPN that he did not know if he would play again because of the lasting effects of COVID-19.

Davies, 21, was diagnosed with an inflammatory heart condition called myocarditis after he contracted COVID during the Bundesliga’s winter break of the 2021-22 campaign. The condition ruled Davies out of action for several months, before he returned to play for Bayern in April.

And in an interview with ESPN, the Canada international said the experience had been “scary” given there was no timeframe for his return.

“That was very scary, especially [because] the doctors are saying that they don’t know how long I was supposed to be out,” Davies said. “I think that was the most scariest part.

“At that time I had doubts in my head, whether I’m still going to be able to play football, but everything worked out at the end. I’m happy and I’m grateful for the doctor taking such good care of me. I’m happy that I can be back on the pitch.”

Brobbey, 20, left the Dutch club to move to Germany in 2021 but has opted to move back for around €20m after struggling to make an impact.

He was linked with Man United.

14.41 BST: Chelsea have submitted a bid of €55m to sign Sevilla defender Jules Kounde, with Barcelona set to make a bid of their own, says journalist Gerard Romero.

Kounde, 23, has been linked with a transfer for some time, but Sevilla want a total fee of at least €65m to consider a deal.

Barcelona have already signed centre-back Andreas Christensen from Chelsea on a free transfer this summer, but are keen to strengthen the centre of their defence and are ready to make their move for Kounde.

Alejandro Moreno debates whether Lisandro Martinez will be a success at Manchester United.

Cavani, 35, scored 19 goals in 59 games during a two-year spell at Old Trafford but the Uruguay international wants more guaranteed match time and left on a free transfer this summer.

Linked with Argentine giants Boca Juniors and Turkish side Fenerbahce, it appears Cavani will head to Spain for the next chapter of his career.

Steffen, who signed with Manchester City from the Columbus Crew in 2019, spent the past two seasons as the primary backup to Ederson, keeping eight clean sheets in 21 appearances across all competitions. He has made just two appearances in the Premier League.

For Steffen, the move will secure consistent playing time and give him a better chance to earn the starting job for the United States at the World Cup.

Steffen is one of three European-based options for the U.S. — along with Arsenal’s Matt Turner and Nottingham Forest’s Ethan Horvath — who faced the prospect of limited first-team minutes in advance of the tournament.

11.56 BST: The chase for Chelsea striker Armando Broja is heating up, according to The Guardian.

Broja, 20, was the subject of a £25m bid from West Ham earlier this week but now Everton are reportedly interested, having let Richarlison move to Tottenham for £50m.

The Albania striker scored nine goals in all competitions for Southampton last season on loan, but now wants a permanent move away from Stamford Bridge.

West Ham are also in talks over a £34m bid for Sassuolo striker Gianluca Scamacca, so Everton may see that as an opportunity to pounce for Broja.

Silva, 20, will continue his development in the top tier of Belgian football, having struggled to break into the first-team fold at Wolves.

Technical director Scott Sellars said: “We’ve had lots of discussions between myself and Bruno, and with Fabio as well, about what we feel is best for his development, and we felt that a season playing regularly would be very good for him at this point in his career. He’s only just turned 20 today, so he’s still a very young boy and he needs a season of playing regular senior football in a competitive league so he can come back to Wolves stronger.

“We saw with the performances of Morgan [Gibbs-White] last year how much of a positive impact a loan can have on a young player, so we believe it’s the right step in his development to follow the same path.”

Ale Moreno jumps to the defence of Liverpool’s Darwin Nunez after the striker came in for some criticism in the last week.

10.07 BST: Barcelona forward Memphis Depay is not interested in returning to the Premier League this summer, says SPORT.

Depay, 28, had a poor spell at Manchester United between 2015-17 and has now been linked with Tottenham.

However, the Netherlands international isn’t keen on playing in England again, even if Barcelona are likely to accept offers of around €20m for him.

09.30 BST: Djed Spence has signed for Tottenham Hotspur from Middlesbrough, on a contract that runs until 2027.

The right-back impressed on loan with Nottingham Forest as they were promoted to the Premier League last season. He made 46 appearances for Forest, and played 70 games for parent club Middlesbrough.

Sources told ESPN in January that Spurs had two bids rejected for the 21-year-old. Several other clubs were interested in signing Spence, including Brentford, West Ham United, AS Roma, Borussia Dortmund and Nottingham Forest.

08.50 BST: Lens defender Jonathan Clauss, who has been linked with Man United and Chelsea, is set to sign for Marseille, says Fabrizio Romano.

Clauss, 29, is set to undergo a medical later today after Lens accepted an €8m transfer fee.

08.18 BST: Poland striker Robert Lewandowski declared Barcelona is back after joining the team in the United States for their preseason tour.

Lewandowski, who had 12 months remaining on his Bayern contract, moved to Barcelona in a deal worth €45m with a possible €5m in add-ons and said a big reason was the influence of manager Xavi Hernandez. The striker was set to sign his contract and be officially introduced by Barcelona in Miami on Tuesday ahead of the team’s U.S. tour.

After his eight stellar seasons in the Bundesliga, Lewandowski said that he “always wanted to play for a big club” in LaLiga while praising Xavi, who was roped in last season when the Catalans were ninth before leading them to a second-place finish in the standings.

“It was very easy to decide to come to Barca,” Lewandowski said. “Barca is back. I think I can help to put the team back at the top of European football.

“I was speaking with Xavi and from the beginning I know [what’s been on his] mind, his ideas. It was easy for me to decide to come to Barcelona because I’m the guy who wants to play, who wants to win, and I think that with Xavi it’s very possible.

“He knows exactly how to coach Barcelona because he was an amazing player and now he’s also a very good coach. He has an amazing future and I want to be a part of this as well.”

08.00 BST: Liverpool have made an approach to sign Ajax winger Antony, according to Football Insider.

Antony, 22, had been linked with Man United in a €60m deal, but Ajax reportedly want around €75m.

Liverpool won’t reach that far for the Brazil international but are interested in negotiating.

– Sevilla defender Jules Kounde could be involved in a three-way tug of war, according to Fabrizio Romano, who states that Chelsea have reignited their interest in the 23-year-old following the rumour that another target, Manchester City‘s Nathan Ake, is no longer available. Barcelona have been courting Kounde for some time, but both clubs could be beaten to the chase by Paris Saint-Germain, with Corriere dello Sport adding that PSG aim to replace Presnel Kimpembe.

– Regarding Kimpembe, The Sun states that Chelsea have reportedly launched a bid for the PSG defender. Thomas Tuchel is a big admirer of the 26-year-old, and the Blues are believed to have lodged a bid of €45m for his services. Amid the battle over Kounde’s signature, Tuchel feels he has the upper hand on a potential Kimpembe deal having worked with him at PSG for two years. Chelsea may have to raise their bid to €48m to land him.

– With Oleksandr Zinchenko seemingly bound to Arsenal on a £32m move, Manchester City manager Pep Guardiola is looking to freshen up his defensive options, and the Daily Mail reports that Brighton‘s Marc Cucurella is a possible replacement. Zinchenko looks destined to leave City’s training camp in the United States, and City will have to spend £50m to sign Cucurella. Stuttgart‘s 24-year-old defender Borna Sosa is also on City’s watchlist.

– Arsenal are keeping tabs on Juventus midfielder Arthur after the Brazilian was left out of the Bianconeri‘s preseason tour to the United States. According to the Daily Mail, Juve chiefs are happy for the 25-year-old midfielder to sort out his own future rather than feature for the club on tour. Juve boss Massimiliano Allegri has decided he wants a different style of midfielder and so is willing to loan out Arthur if he can’t facilitate a permanent move. Arsenal are believed to have held talks with the player, but no official bid has yet to be registered.

– Real Sociedad look to have added 21-year-old Takefusa Kubo to their ranks, with the club posting pictures of the ex-Real Madrid man’s arrival. The Japanese youngster failed to make a single appearance for Los Merengues, and he now moves to San Sebastian on a deal worth €7m. Kubo, 21, has found playing opportunities hard to come by but can now expect to feature more regularly both in LaLiga and the Europa League.

– Paulo Dybala is believed to have completed a medical ahead of his move to AS Roma, but the final details of his contract are still yet to be agreed, according to Italian journalist Gianluca do Marzio. Dybala will reportedly wear the the No. 21 shirt that had been reserved for fellow new signing Nemanja Matic. Dybala’s deal hasn’t yet been officially announced yet, although that is likely to follow once all parties have finalised the finer details of the ex-Juventus star’s contract.