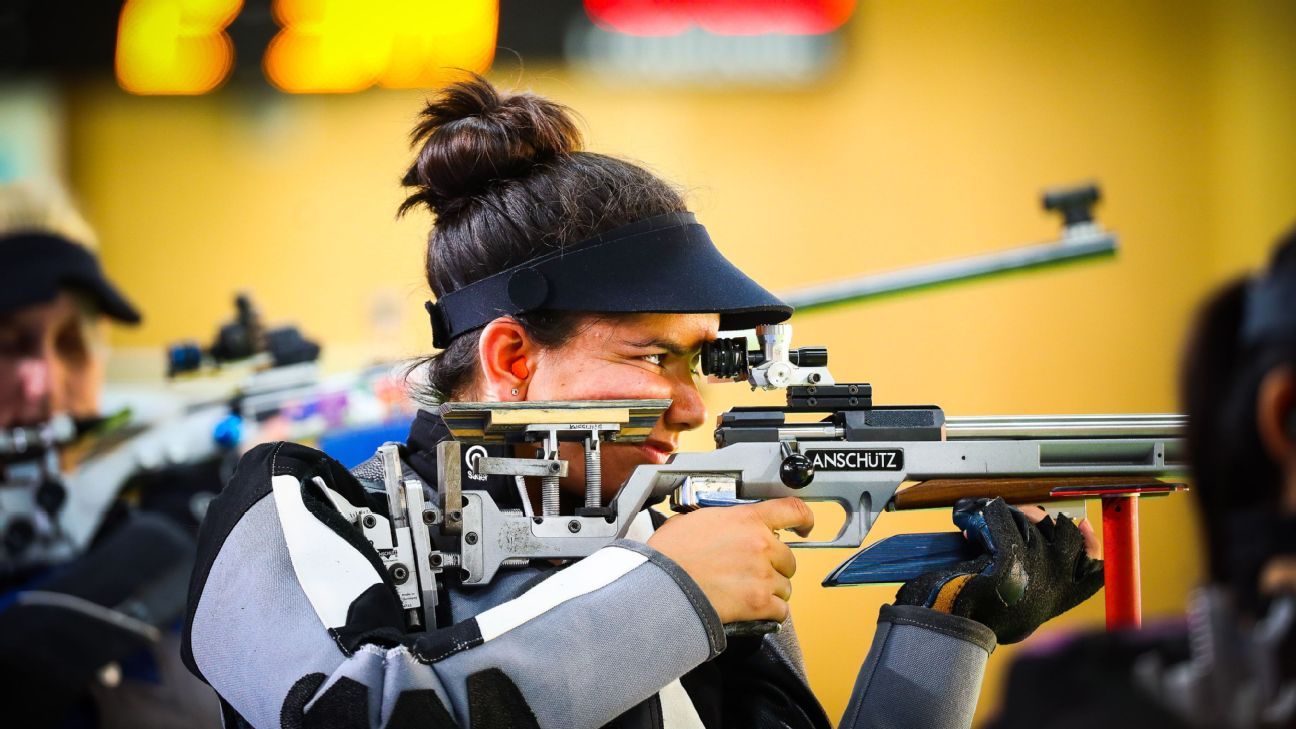 Anjum shot 402.9 in the final round to finish third behind Germany’s Anna Janssen (407.7) and Italy’s Barbara Gambaro (403.4), who won the gold and silver medals respectively.

Sanjeev Rajput, Chain Singh, and Aishwary Pratap Singh Tomar clinched the silver medal in the men’s 3P team event. The Indian trio, which had finished second in the qualification stage, faced a strong Czech Republic team in the gold medal match. Despite putting up a strong fight, the Indians went down 12-16 to the trio of Petr Nymbursky, Filip Nepejchal, and Jiri Privratsky.

Anjum, a world championship silver medallist, had qualified for the finals after finishing sixth in the ranking round on Saturday.

This is the 28-year-old shooter’s second individual medal in consecutive World Cup stages. She had won silver in the same event at the Baku World Cup held last month.

While Anjum was off the radar and slipped to the sixth position after the second prone series, she recovered steadily in the final standing position. By the time the fifth and sixth place shooters were eliminated after the 15th standing position shot, Anjum was 0.2 points ahead of fourth-placed Rebecca Koeck of Austria.

However, a slip up in the initial stages meant, she was 1.5 points behind Gambaro, and despite gaining a full point in the fourth and final five-shot standing position series, Anjum had to remain content with a bronze.

With one bronze and silver apiece, India consolidated its position at the top of the medal tally with a total of 11 medals (four gold, five silver and two bronze).