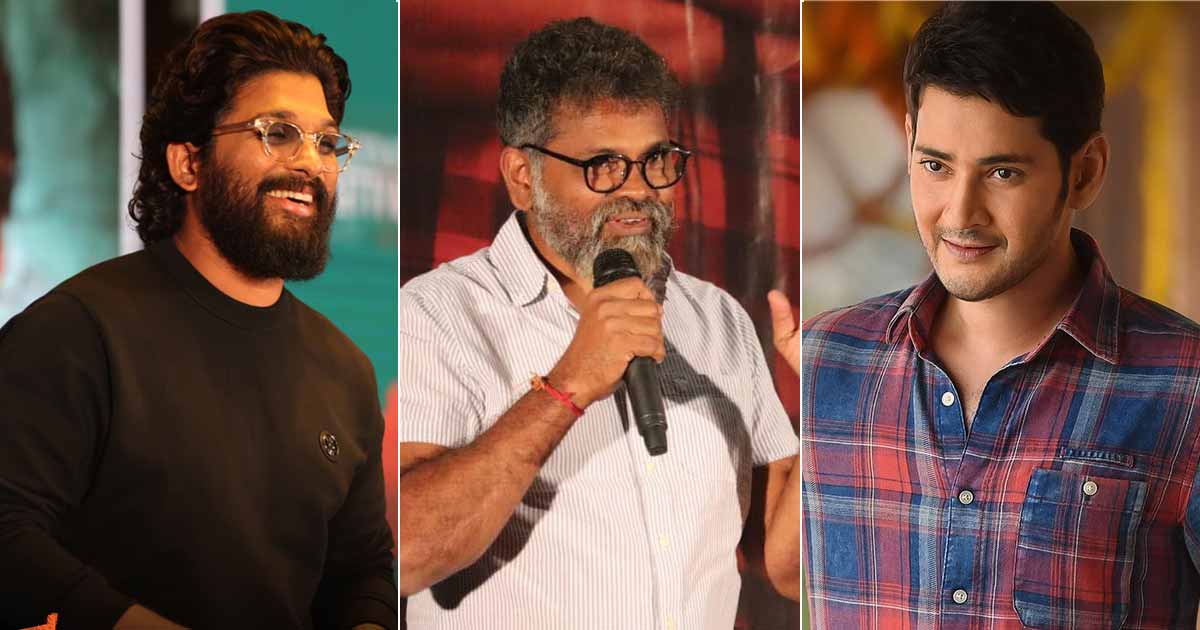 South Director Sukumar’s most awaited project Pushpa: The Rise has finally released and is out on the big screens making headlines for being a huge success at the Box Office. But did you know this movie was about to go to someone else and not Allu Arjun?

So let’s find out who was the director’s first choice for the movie’s lead role!

Recently, talking to the PTI, director Sukumar confessed that he wanted to cast Mahesh Babu for the film, before selecting Allu Arjun for the lead role. He said, “The story I narrated to Mahesh Babu was also based on red sander smuggling but that was a while ago. Once I came out of the project, I wrote a different story. I wanted the character attitude. And with Mahesh Babu, I couldn’t make him cool. He is very fair. So, the backdrop was the same but the story is different.”

While continuing the conversation with PTI, Sukumar then revealed that after reworking on the script, the only name that came to his mind for the role was Allu Arjun. The director then went on to explain how he managed to make it a pan-India film during its making.

Speaking about Allu and the pan India topic, the director said, “We (Arjun) have a very good bond and we are good friends. We have worked on ‘Arya’ and ‘Arya 2’… He agreed to do the movie soon after I narrated the idea, he was very excited. And when I completed the story, I went to him again. Also, we started ‘Pushpa’ as a Telugu movie but then with the subject and Allu Arjun being on board, we thought of making it as a multilingual.”

Meanwhile, Pushpa: The Rise has become a huge success on the Bollywood Box Office. Completing its 8th day the movie bagged a score of Rs 6.50 crores (all languages).

Must Read: RRR & Radhe Shyam To Suffer Due To Night Curfews Following Rise In Omicron Cases?

Be a part of our community to get the latest Telugu, Tamil, Malayalam Kannada film news & more. Stick to this space for the regular dosage of anything and everything entertainment! While you’re here, don’t hesitate to share your valuable feedback in the comments section.