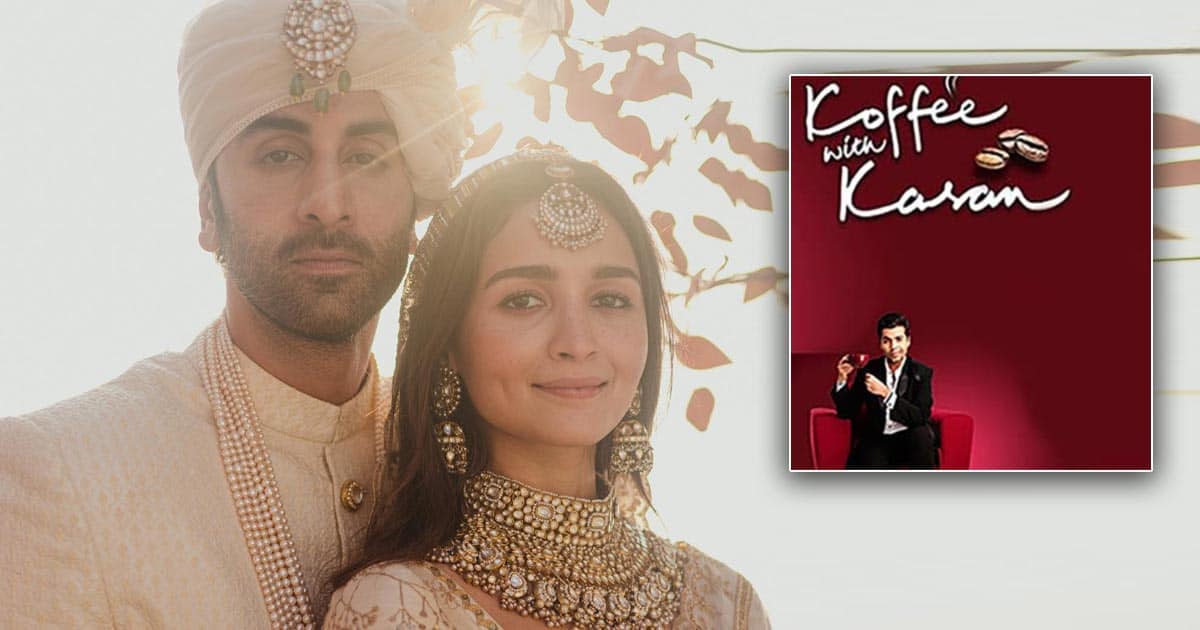 Alia Bhatt and Ranbir Kapoor tied the knot earlier this month. Ever since, fans have been waiting for the duo to make their first public appearance after marriage. But looks like the couple has bigger plans than we thought and it’s going the Karan Johar way. Will the couple make their debut on Koffee With Karan Season 7 as a couple? Scroll below for all the details.

It was recently revealed that KJo is all set to come back with his controversial chat show, Koffee With Karan. After Sushant Singh Rajput’s demise, there had been a lot of backlash surrounding nepotism and other debates, and it was one of the reasons why the show was pushed. But the prep for a new season has already begun and it’s going on floors in May.

A source close to Bollywood Life confirms that the newlyweds will be the first guests on Koffee With Karan 7. “Karan is damn excited to have Alia Bhatt and Ranbir Kapoor as his first guest. They will be making the first appearance on the chat show as man and wife and later they will also kick start the promotion of their first film together Brahmastra. Karan Johar who was damn emotional at Alia‘s wedding as he considers her his daughter and is looking forward to having a chat with her about getting married to dream man Ranbir Kapoor,” the report states.

Just not that, it seems that Alia Bhatt and Ranbir Kapoor will do a tell-all about their love life.

“Alia and Ranbir will largely talk about their love affair and how they fell in love with each other and who proposed whom and how. The couple will also talk about their intimate wedding and reveal some detail about it only for their fans,” adds the source.

Well, we’re super excited for Koffee With Karan Season 7, how about you?

Must Read: Runway 34 Result Of Koimoi ‘How’s The Hype?’ Out! Ajay Devgn Led Film To ‘Fly High’ With 85%+ Positive Votes!