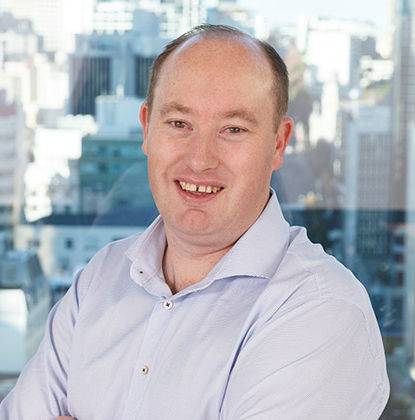 Accountant and insolvency practitioner Robert Walker, who spent 11 years as liquidator of failed property group Property Ventures, has exhausted his avenues for appeal against suspension from the Institute of Chartered Accountants.

The Institute’s Disciplinary Tribunal issued an interim suspension order against Walker on August 30 last year, saying he had failed to co-operate with an investigation into a complaint against him by banned director and Property Ventures principal Dave Henderson.

The Tribunal also said a memorandum provided by Walker describing his mental breakdown in 2020 caused concern about his fitness to practice.

In October last year Walker applied to revoke the Tribunal’s decision but after a hearing a November the decision was affirmed in January, prompting an appeal by Walker.

In March the Tribunal ordered Walker to pay costs totalling $71,990 for the proceedings.

After Walker did not pay the money the Tribunal sought a $10,000 security for costs order from the Institute’s Appeals Council, which was to hear Walker’s appeal.

The order was granted on June 8, giving Walker 28 days to pay or his appeal would lapse.

The Institute has confirmed the money has not been paid and the appeal has duly lapsed.

The Tribunal’s determinations have now been released in full.

They record Henderson made a complaint in April 2019 about Walker’s conduct as Property Ventures liquidator.

According to the Tribunal: “The member regards the complaint as being motivated by Mr Henderson’s hostility towards him, and his desire to have the member removed as liquidator”.

Walker’s lawyers made a long response on the complaint and submitted it should be dismissed, but the Institute’s Professional Conduct Committee decided the issues should be investigated and appointed Deloitte partner David Webb to help.

In May 2021 Webb asked Walker for the following information for each of the Henderson companies:

The Tribunal said Walker’s refusal to co-operate with Webb’s requests for information was the main reason for its finding.

Fitness to practise
“The Tribunal finds that the grounds in the application for interim suspension have been made out.

“They are the member’s failure or refusal to provide information reasonably sought by the PCC’s investigator, thereby hindering the proper investigation of the complaint against the member; and the information provided by the member as to his mental health and fitness to practise.

“The lack of professionalism in his communications to the Institute and others further demonstrate his unfitness to practise,” it said.

In his application to revoke the decision, Walker argued Webb’s appointment was unlawful, involved a conflict of interest and the information Webb sought did not pertain to Henderson’s complaint.

Walker also said the PCC had erred by not treating Henderson’s complaint as vexatious and the Tribunal had made procedural errors in handling the case.

“In support of his application the member lodged numerous further documents,” said the Tribunal.

“A great deal of this material was given over to the member’s allegations of fraud and other wrongdoing by Mr Henderson and others, in support of his claim that the PCC should have dismissed the complaint and that it (and Mr Webb) demonstrated bias against the member by not having done so and by continuing with the investigation, including having contact with Mr Henderson in relation to his complaint.”

In determining Walker’s application, the Tribunal said Webb had been appointed in accordance with the Institute’s legislation and that the allegations of conflict of interest were not supported by the evidence.

File note
A 2010 file note relied on by Walker relating to Deloitte’s involvement in the handling of a Property Ventures debt “is incapable of the interpretation placed on it by Mr Walker,” said the Tribunal.

A Deloitte partner’s appointment as receiver of the company concerned was also not a basis for conflict, it said.

Addressing Walker’s allegation that the Tribunal “willingly supported” Henderson’s accusations against him, the Tribunal said: “It appears to be Mr Walker’s case that because the PCC did not reject (and is continuing to investigate) Mr Henderson’s complaint, it is implicated in his alleged wrongdoing.

“Further, that because the PCC (through Mr Webb) has been in communication with Mr Henderson about the complaint, it is biased against him. He claims that instead of investigating his conduct, the Institute and the PCC should be investigating Mr Henderson.”

However, “whether or not Mr Henderson has acted fraudulently or otherwise unlawfully, there is no basis for the allegation that he is being or was supported by the Institute or anyone acting on its behalf,” it said.

Whitley’s report filed last month noted his costs in the liquidation were being covered by creditor 100 Investments, a company directed by former Act Party leader Rodney Hide, a long-time friend of Henderson. The ownership of the company is hidden by trustees and has not been disclosed to the High Court.

100 Investments is pursuing legal action against Walker and litigation funder LPF Group over the handling of proceeds from a settlement with Property Ventures auditor PWC.

According to an interlocutory decision from Justice Geoffrey Venning, the proceedings allege 100 Investments and three other companies, including two controlled by Henderson, were and are creditors of Property Ventures because of various assignments of security interests by other creditors, so should be entitled to a share of the settlement cash.