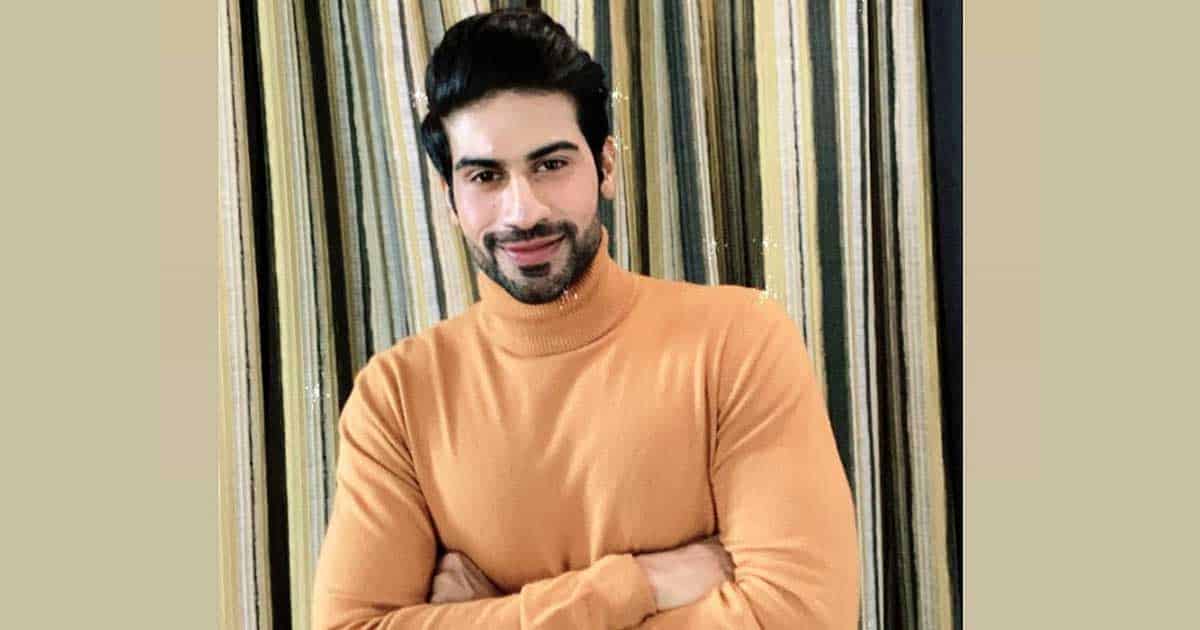 ‘Bade Achhe Lagte Hain 2’ actor Aman Maheshwari, who is playing the role of protagonist Priya’s (played by Disha Parmar) ex-boyfriend, shares about his character which is outright negative.

He also opens up about his interest in the film industry and struggles to establish himself in showbiz.

Aman Maheshwari shares: “My character Neeraj is very egoistic, very selfish, and self-centered. He doesn’t care and give respect to his wife. He is not happy with the fact that Priya got married to someone who is way richer than him and a well-settled guy. Neeraj always thought Priya would never move on but now he is jealous and an insecure person.”

Aman always loved to play negative characters. He also enjoyed being a video jockey and hosting reality shows besides his acting career.

He says: “I used to enact and rehearse dialogues looking at how I would sound if I was playing that particular character. Especially when it comes to the grey shade characters, I always loved them so I always got one. Be it ‘Gandi Baat’ or ‘Bade Acche Lagte Hain season 2’. I have always been a people’s person so the whole idea to get into acting is to become a video jockey and to host reality shows like ‘Jhalak Dikhla Ja‘, ‘India’s Got Talent’. But yes, a lot of people don’t know about the humorous side of mine.”

Speaking further about his tonal quality, Aman adds: “I have always been appreciated for my voice. Being a radio jockey in the beginning, that was one thing that pushed me from audio to the industry of being visible, which is video.”

Speaking about the family support in his career he says: “My family has been a very strong support system, especially my father. My mother also has always been supportive. My father told me to complete my CA, and ‘I will support you financially as Mumbai is a tough place to survive and you need a lot of money to maintain your lifestyle, your body, your acting skills, to join workshops and what not’. My father has been my support system emotionally as well because there are so many rejections I have seen and trust me it’s been a very tough journey. My family has been my spine.”

It’s been 6 years since the actor has been in Mumbai and he shares all his tales of struggles he has noted in his diary.

Aman Maheshwari says: “I used to write the number of auditions I had given including my ads and web series. There were very few days when I left to rest and pamper myself. I always used to go for auditions from morning to evening wherever it was. I had no relative or friend in Mumbai to guide me so it’s a long journey. I have never given up hope. I am also a professionally trained make-up artiste and hairstylist and I have done a lot of good work in that. The good part is I never sat idle at home. Eventually, with acting I want to get into the beauty business, have my own establishment. Mumbai is a city of dreams especially for people who aspire to become models, actors, or born to make their name in the Bollywood industry.”

Must Read: Urfi Javed Flaunts Confidence In A Bra As She Reveals The Dark Side Of Her Life: “No Money Made Me Feel Like A Loser…”